Newcastle United have appointed Rafa Benitez as their new manager

The Spaniard has signed a three-year contract.

The worst kept secret in the Premier League is out, as Rafa Benitez has been appointed as the new Newcastle United manager, signing a three-year contract.

Earlier today, the club parted ways with Steve McClaren, with Benitez all set to take over the reigns. 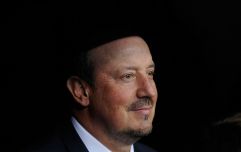 Steve McClaren has been sacked as Newcastle manager, with Rafa Benitez set to take over

END_OF_DOCUMENT_TOKEN_TO_BE_REPLACED

The appointment has been confirmed this afternoon, with Benitez releasing this statement:

"I have the pleasure to confirm I have committed to a legendary English club, with the massive challenge of remaining part of the Premier League.

"It will be a challenge not just for me and my staff but for the players, the Club and the fans.

"All of us must push together in the same direction and with the same target in mind. This is the reason why I'm going to ask for your total support to successfully complete this task.

"Personally, it means my return to the Premier League, closer to my home and my family. I can't be happier.

"C'mon Toon Army! The club and I need your total involvement!"

The final line from Rafa Benitez's NUFC statement: it feels like the least likely Rafa sentence of all time ... pic.twitter.com/wbid0xmUdk 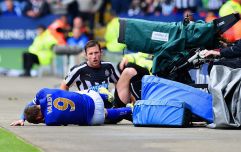 END_OF_DOCUMENT_TOKEN_TO_BE_REPLACED

Meanwhile, Newcastle Managing Director Lee Charnley has had this to say:

"I am very pleased to welcome Rafa Benitez to the club. In Rafa we have, without doubt, secured the services of one of Europe's top managers.

"He has managed some of the most successful teams at the very highest level of the game and we are proud to now have him as our manager.

"Our sole focus now is to give our full support to Rafa, his coaching team and the players in order to secure our status in the Premier League."

popular
Human remains found in suitcases are the bodies of two children
People want "offensive" Crown Paints advert banned after attracting hundreds of complaints
New car-free town with population of 85,000 set to be built in Dublin
Here's how to make €9-11 on Revolut in just a few minutes
The prequel to one of the best twists of all time and 7 more movies & shows to watch this weekend
QUIZ: Can you identify the famous song from the opening line?
Arrest made after shop robbed at knifepoint in Dublin
You may also like
6 months ago
Pedestrian in his 40s dies after road crash in Dublin
3 years ago
Man has first drink in eight months, ends up punching a tree in half
3 years ago
Drunk man buys a gigantic Pokémon after having a few, epic quest to get Snorlax delivered starts
5 years ago
This description of a Mike Ashley business meeting could be the greatest story ever told
5 years ago
WATCH: More brilliant footage of the trad session that broke out in Newcastle after a flight to Ireland was delayed
7 years ago
Vine: Jonas Gutierrez was given an amazing reception when coming on at Anfield last night
Next Page