PIC: A successful punter at the Galway Races spent just under €2,000 on two glasses of whiskey

He must have had a REALLY good day at Ballybrit.

Some in-the-know punters will tell you that it’s more difficult to back a winner at the Galway Races than at any other meet, but there will always be plenty of people who make a fortune at the bookies’ expense.

One such punter decided to celebrate his winnings in the Front Door pub in Galway city centre on Wednesday night and while we don’t know exactly how much he made, it must have been A LOT judging by his drinks tab.

END_OF_DOCUMENT_TOKEN_TO_BE_REPLACED

The punter in question treated himself and a colleague (or maybe just himself) to two measures of Midleton Pearl Very Rare 30th Anniversary whiskey, which set him back the tidy sum of €1,990, or €995 per measure.

And here’s the receipt to prove it. 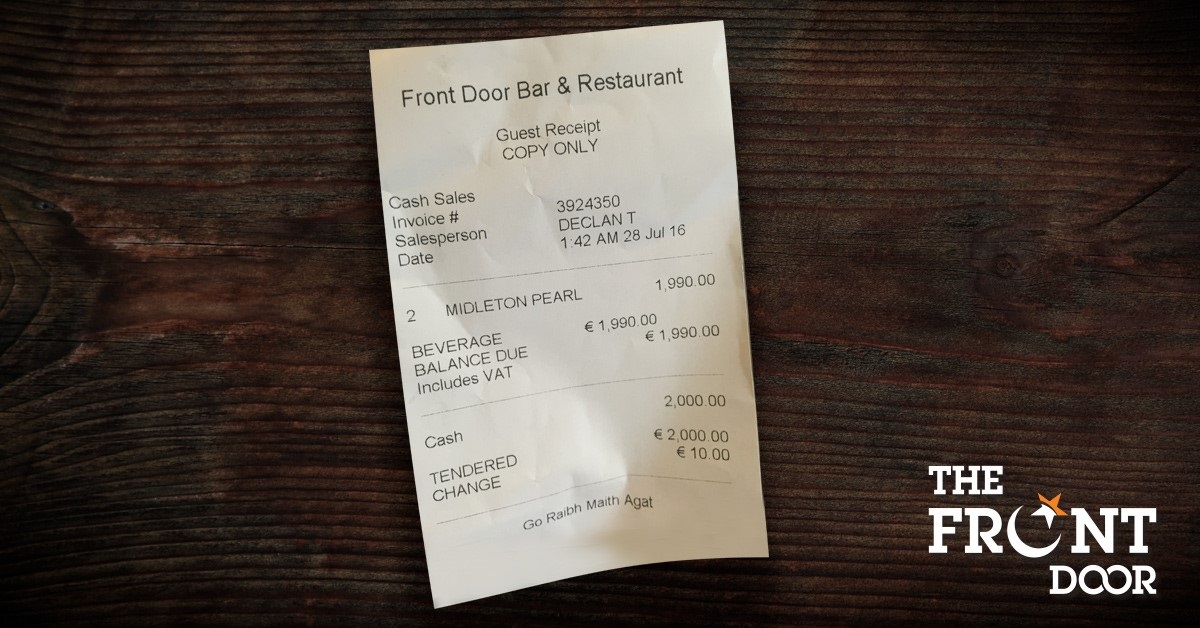 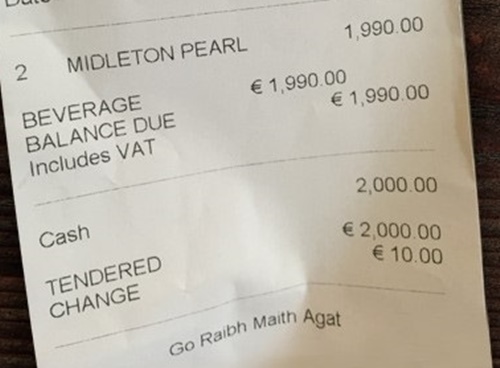 The whiskey in question, a collaboration between retired master distiller Barry Crockett and new master distiller Brian Nation, is arguably Ireland’s rarest whiskey, with only 117 bottles produced in the entire world. 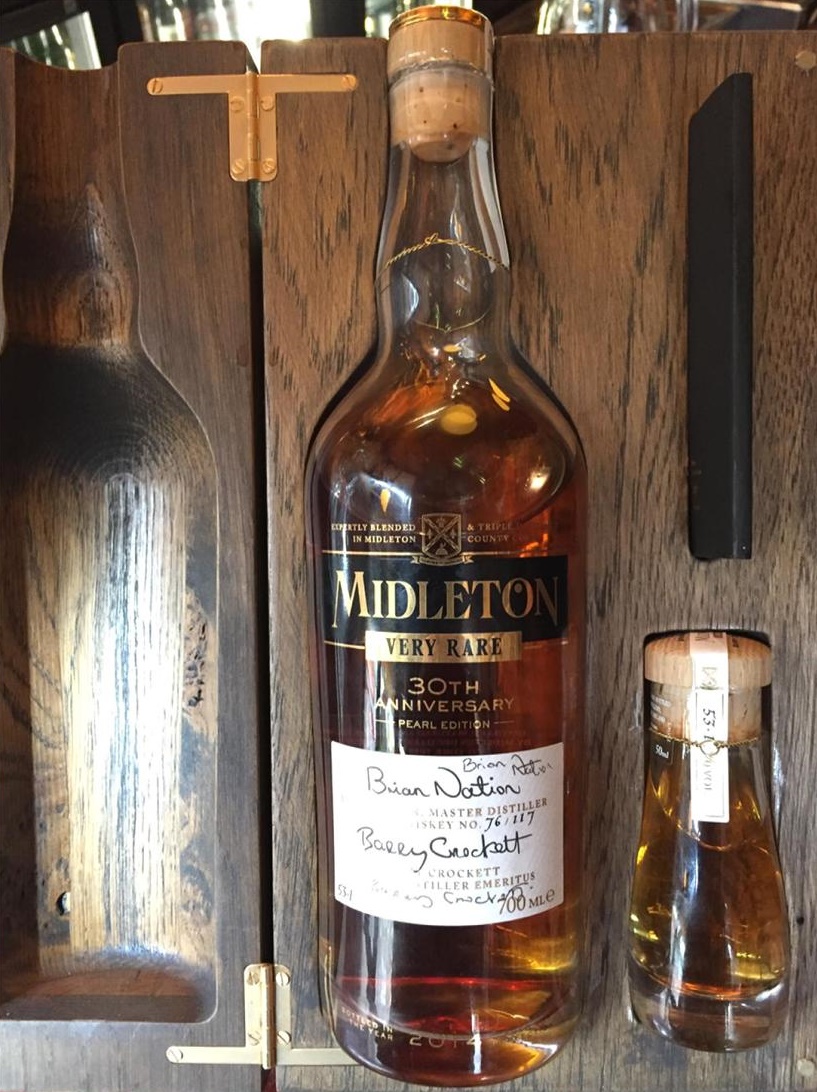 Rare and all as it might be, it was purchased just before 2am on Thursday morning so we sure hope whoever bought it remembers it.

Imagine waking up to find that receipt in your pocket the morning after a heavy night out?

popular
QUIZ: Can you name all the counties in Ireland without the letter 'E'?
Nearly 100 flights delayed at Dublin Airport on Monday
WhatsApp introduces way to choose who can and can't see you're online
QUIZ: Can you get top marks in this short but tricky Irish geography quiz?
Netflix has just added an incredibly tense 97-minute thriller
The JOE Friday Pub Quiz: Week 306
RTÉ tries to solve Michael Collins murder in new documentary
You may also like
4 weeks ago
36 vacant properties nationwide to be re-developed into community hubs
1 month ago
Taoiseach condemns "disturbing" fight at Galway v Armagh game
1 month ago
Drogheda and Galway inner city named as worst places in Ireland for litter
2 months ago
Woman in her 80s dies after falling from building in Galway
2 months ago
Galway named one of the top 10 best European cities to raise a family
2 months ago
Met Éireann issue warning for potato blight this week
Next Page