PIC: Ahead of the All-Ireland Final replay, Ryan Giggs and Gary Neville are backing ‘Mayo for Sam’

These two know a thing or two about winning.

Gary Neville and Ryan Giggs were both on the Manchester United books when they ended a 26-year drought without a league title when winning the Premier League for the first time back in 1993.

That drought, however, is small beans compared to the wait endured by the Mayo footballers, who will once again attempt to put an end to the most famous famine in the GAA in the All-Ireland Final replay against Dublin on Saturday.

END_OF_DOCUMENT_TOKEN_TO_BE_REPLACED

Plenty of celebrities have (unwittingly in many cases) hopped on the ‘Mayo for Sam’ bandwagon over the years and on Monday night, in Mulligan’s Irish pub in Deansgate in Manchester, United legends Giggs and Neville became the latest to lend their support to the cause.

Dan Mellett and Mark Ruddy managed to capture a snap with Mayo’s newest fans, who may have heard a thing or two about the Yew County from former team-mate Darren Fletcher, a keen follower of the Green and Red thanks to his family connections in Achill Island.

Dan even said that Giggs was well aware of the fact that it was a draw the first time out. 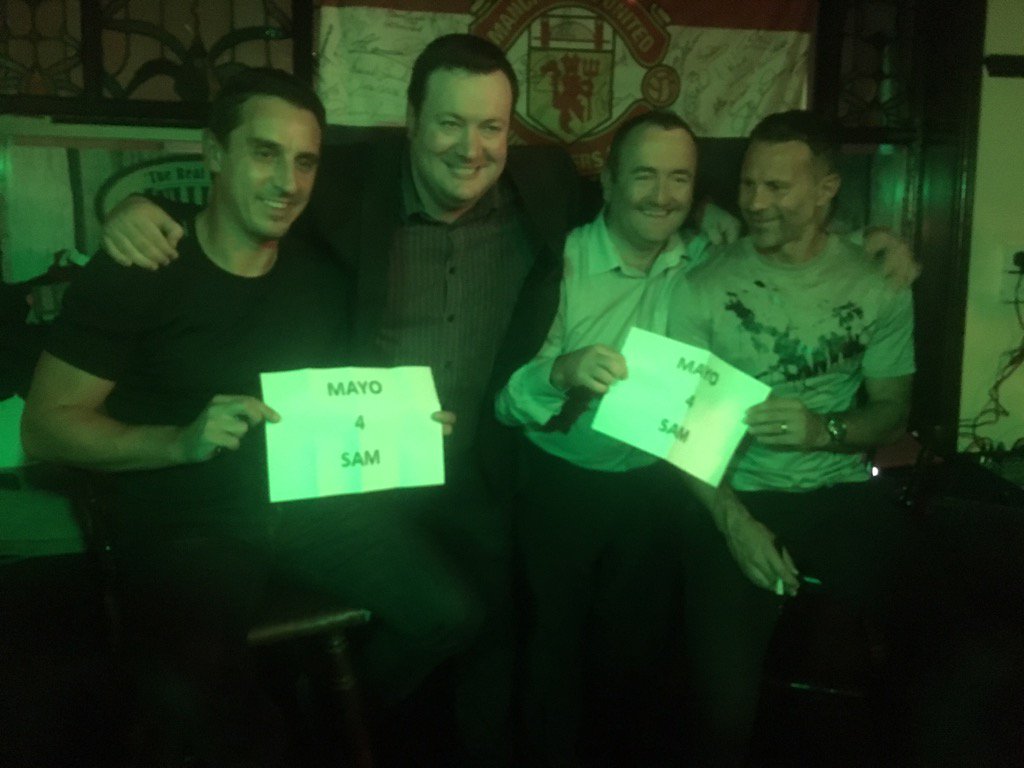 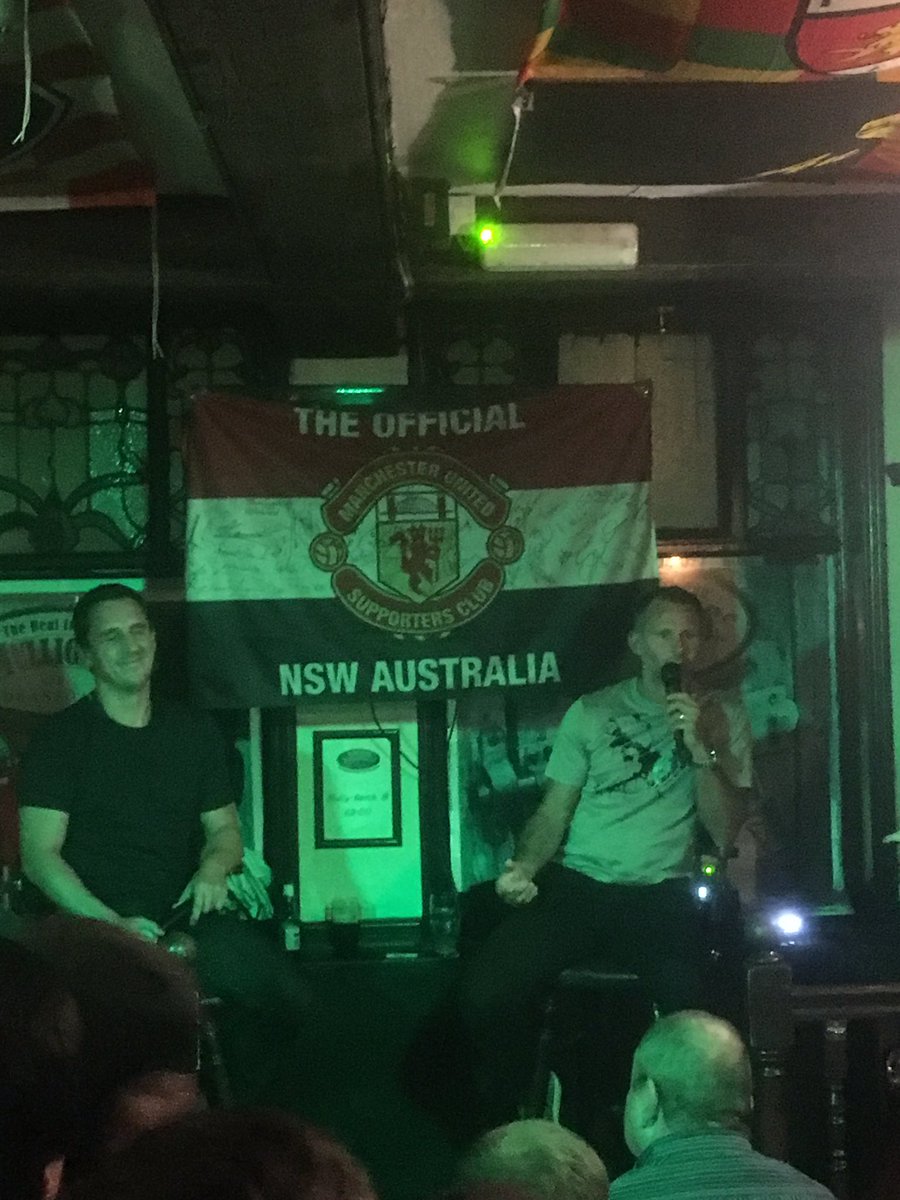 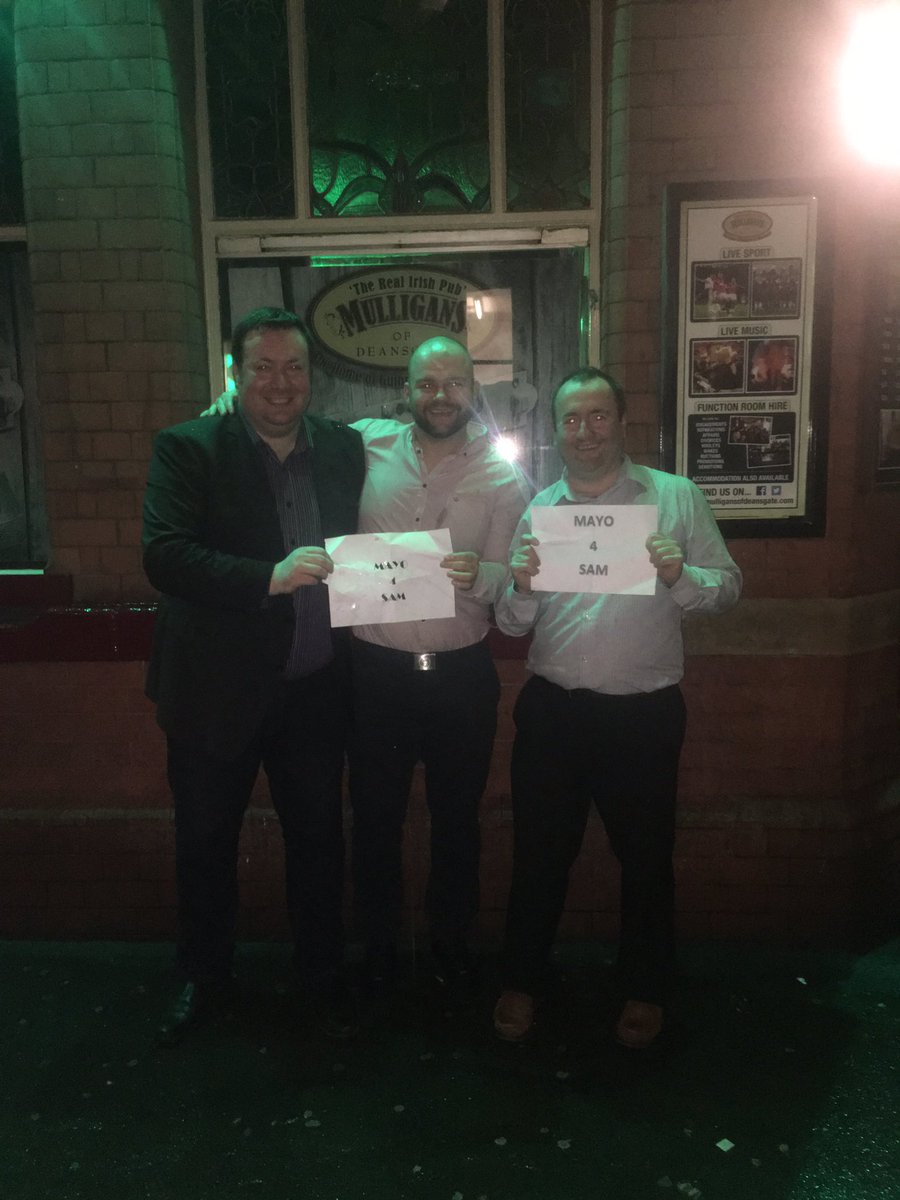 END_OF_DOCUMENT_TOKEN_TO_BE_REPLACED

Neville, as you may have read recently, helped raise thousands for Brainwave, a UK-based charity which helps children with disabilities, with the auction of a jersey owned by the great Paul McGrath that is currently on display in Mulligan's.

First, a €2 coin engraved with 'Mayo for Sam' appears in Waterford and now this. Could this be their year?

Cheers to Dan Mellett and Mark Ruddy for sending this our way. Got a story for JOE? Hit us up on Facebook or Twitter, send it to our WhatsApp number 087-4001102 or mail editorial@JOE.ie.

The Big Reviewski || JOE · The Big Reviewski with Andy Serkis, Squid Game follow-ups & the return of Succession
popular
Nigel Farage has been saying republican phrases again, but in reality, he's the one laughing
Ranking all of Christopher Nolan's movies from worst to best
How to lower your cholesterol - 5 really handy tips
Largest aircraft in the world touches down at Shannon Airport
The 100 greatest TV shows of the 21st century have been revealed
An underrated Denzel Washington thriller is among the movies on TV tonight
Gardaí will be out in force pulling for speed this week
You may also like
1 week ago
The JOE Friday Pub Quiz: Week 264
1 month ago
Manchester City's Benjamin Mendy charged with four counts of rape
2 months ago
Michael Ballack’s son Emilio, 18, dies in 'quad-bike crash’
2 months ago
Five football documentaries to watch to kill time before the new Premier League season
4 months ago
Christian Eriksen stable but may not play football again, says sport cardiologist
9 months ago
All roads lead to Cheltenham after a busy Christmas period of shocks
Next Page