Pic: An Irish punter hit the bookies for over €30,000 with an 8-leg accumulator last weekend

That should pay the bills racked up over Christmas

Most of us could do with an extra few quid to help replenish the bank balance after the festive period, but one lucky Irish punter could probably manage for the rest of the year with the windfall he received last weekend.

JOE reader Kieran Lynch from Newcastle West in Limerick must have barely been able to believe his luck when a €25 bet on an 8-leg accumulator came good last Friday, netting him over €30,000, or €30,242.61 to be precise.

END_OF_DOCUMENT_TOKEN_TO_BE_REPLACED 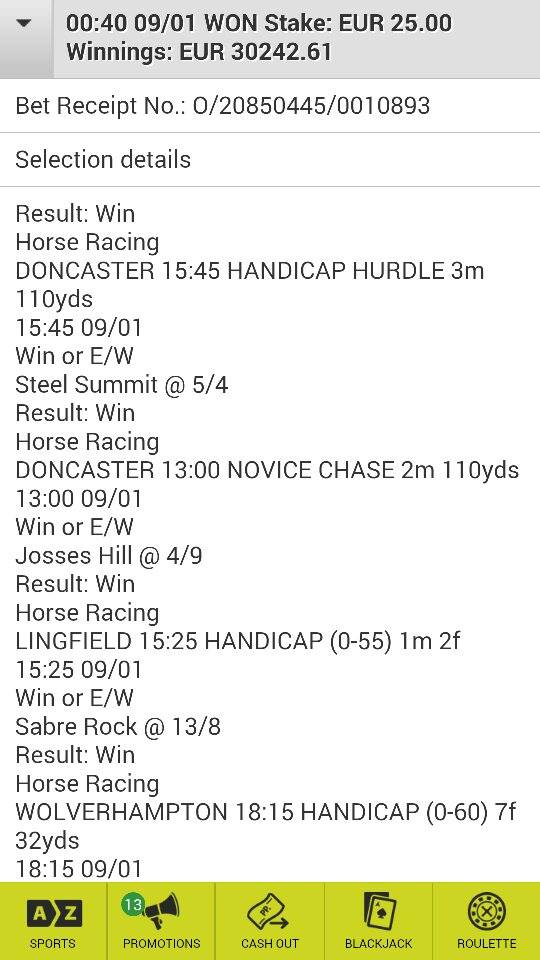 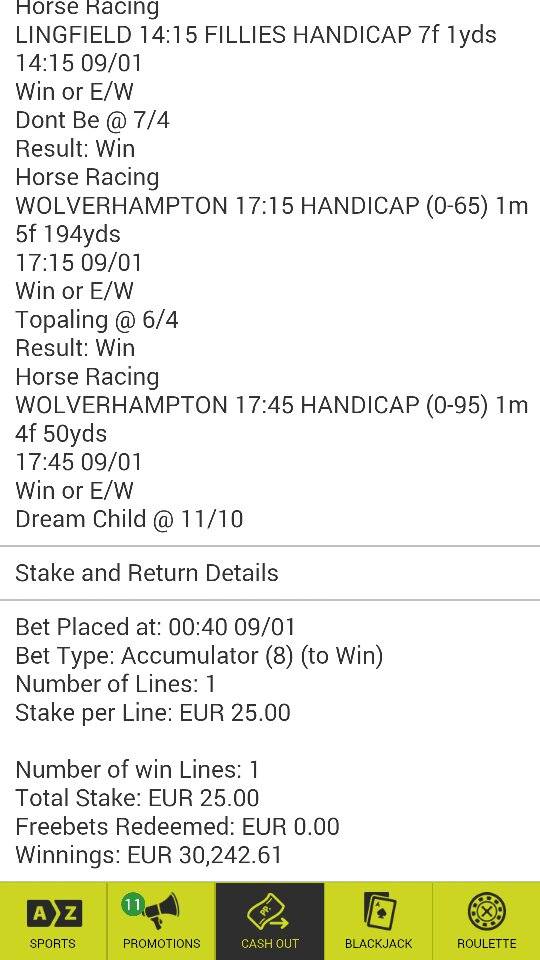 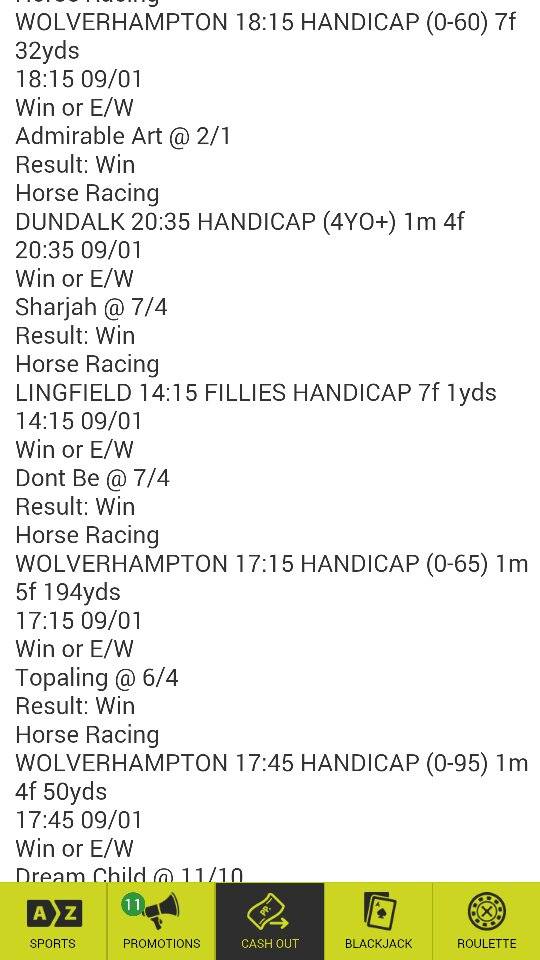 The odds on Kieran’s bet – which was waged on a series of horse races taking place last Friday – were over 1,200/1 and if his friends are wondering who's getting the drinks in for the next few weeks, they know where to look.

Hat-tip to Kieran Lynch for sending this one our way

popular
The JOE Movie Quiz: Week 166
QUIZ: Test your skills to the limit with this General Knowledge Quiz
The JOE Friday Pub Quiz: Week 306
QUIZ: Can you score 12/15 in this difficult General Knowledge Quiz?
Family of Ashling Murphy share heartbreaking tribute at Fleadh Cheoil
Man in his mid-20s dies in two vehicle collision in Cork
One of the best Irish films of recent years is among the movies on TV tonight
You may also like
3 years ago
Who will sit on the Iron Throne? Odds revealed on the big question in the final season of Game of Thrones
4 years ago
Irish punter turns a tenner into €78,000 after 33,000/1 and 1,500/1 bets pay off
5 years ago
Kildare punter nets big from outrageous golf bet
5 years ago
Mystery punter in Cork wins over €82,000 after bet comes in at odds of 33,000/1
5 years ago
A Dublin punter has just won big with this outrageous golf bet
5 years ago
Cork man is waiting on one more bet to win €250,000 in an accumulator
Next Page