Pic: Bastian Schweinsteiger was destined to play for Manchester United as seen in this childhood snap

The German has also given his first interview.

Manchester United fans are probably thinking about what their strongest starting XI should be for next season now because there's no denying that their midfield options have been boosted with the arrivals of Morgan Schneiderlin and Bastian Schweinsteiger.

Seeing the German in wearing the red jersey might be enough to give United fans a small shiver of excitement but the World Cup winner has had an affinity for the club ever since he was a young boy. 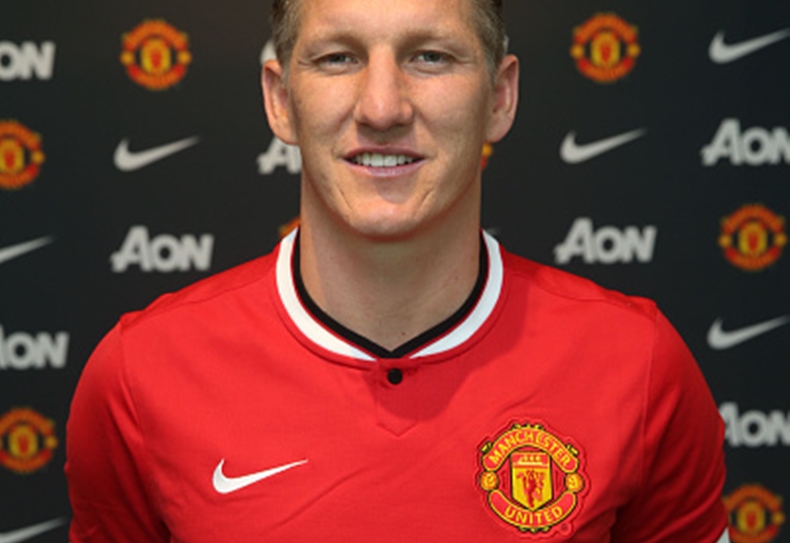 END_OF_DOCUMENT_TOKEN_TO_BE_REPLACED

Granted, we've seen plenty of images of footballers wearing the kits of other teams, Steven Gerrard in the Everton jersey springs to mind, but there's a nice symmetry to Schweinsteiger's career now because it seemed like he always had a soft spot for Manchester United.

Bastian Schweinsteiger as a kid in a United jersey. "One last dream" pic.twitter.com/SQPO0jsave

The German also gave his first interview with MUTV this afternoon and his level of spoken English is superb. He even managed to crack a few jokes.

The Big Reviewski || JOE · The Big Reviewski with Y: The Last Man, that Malignant ending & a secret streaming service
popular
The JOE Friday Pub Quiz: Week 261
"Variable speed limits" to be introduced on the M50 in the coming weeks
Copper Face Jacks sets reopening date after being closed for 18 months
Employers cannot ask staff to reveal their vaccination status, confirms Government
Miriam O'Callaghan had no patience for Stephen Donnelly's "gibberish" on Prime Time
Michael D Higgins cites "political statement" in decision to turn down Armagh ceremony invitation
One of the better Liam Neeson action romps is among the movies on TV tonight
You may also like
3 weeks ago
Manchester City's Benjamin Mendy charged with four counts of rape
1 month ago
Michael Ballack’s son Emilio, 18, dies in 'quad-bike crash’
1 month ago
Five football documentaries to watch to kill time before the new Premier League season
3 months ago
Christian Eriksen stable but may not play football again, says sport cardiologist
4 months ago
Ryan Giggs charged with assaulting two women and controlling or coercive behaviour
5 months ago
Martin Compston reveals moment he delayed Line of Duty filming to watch Scotland penalty shoot-out
Next Page