Habana will make his 100th appearance for South Africa when the Springboks take on Australia this weekend and Adidas will mark the occasion by giving him a spanking new pair of boots to wear.

Providing he’s picked for the Rugby Championship clash in Perth on Saturday, Habana, who’s still only 31, will play his 100th game in the famous green jersey ten years after making his debut against England and he’ll be wearing these lovely pair of custom made boots by Adidas to mark such a significant milestone.

For a decade, Bryan has given everything for his country. We're celebrating with a pair of custom RS7s. #bryan100 pic.twitter.com/umP3f0wXft 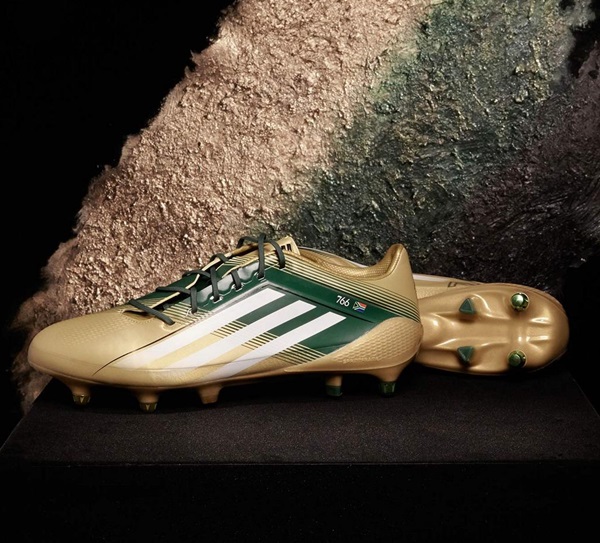 END_OF_DOCUMENT_TOKEN_TO_BE_REPLACED

Habana will be hoping to add to the 56 international tries he’s scored to date and climb further up the list of the leading try-scorers in the international game.

He’s currently fourth behind Shane Williams (60), David Campese (64) and former Japanese international Daisuke Ohata (69) – Brian O’Driscoll is in eighth place with 47 – but there’s every chance he’ll end up at the top by the time he hangs up his boots.

Of all the international tries he’s scored to date, this is probably our favourite. How about that for pace?

The Big Reviewski || JOE · The Big Reviewski's HALLOWEEN SPECIAL with Jamie Lee Curtis and spooky movie recommendations
popular
New nightclub restrictions include one metre social distancing at bars
New true crime documentary series from Netflix looks gripping
Irish costume shop criticised for selling Nazi uniform as Halloween outfit
Nearly a third of young people intend to emigrate in the next 12 months, new survey reveals
An excellent drama starring Jake Gyllenhaal is among the movies on TV tonight
Here's the lineup for this week's Late Late Show
WhatsApp to stop working on 53 phone models, including iPhone 6
You may also like
7 months ago
Four Irish players propelled into Lions debate after England hiding
8 months ago
Craig Casey and Johnny Sexton combination backed for Italy clash
8 months ago
Defence grows for Billy Burns after one of the roughest days of his rugby career
8 months ago
Major upside to Ireland's Six Nations challenge that should make all the difference
9 months ago
John Cooney comes to defence of JJ Hanrahan after kicking criticism
9 months ago
Cardiff conversation that proved Paul O'Connell always put the team first
Next Page