Pic: Chris O’Dowd responded brilliantly when Mayo fans tried to get him on board the Mayo for Sam bandwagon

Don’t these Mayo fans know that O’Dowd is a former Roscommon minor goalkeeper?

Dave Grohl and Freddie Roach recently became the latest high-profile celebrities to be coaxed into clambering aboard the annual Mayo for Sam bandwagon, but two girls from Mayo had another thing coming when they tried to get proud Boyle native Chris O’Dowd to change allegiances in New York last night.

Mayo ladies Tara McDonnell and Corina Galvin encountered the Moone Boy star last night in the Big Apple and while he agreed to hold up their Mayo for Sam sign (we assume it is compulsory for all Mayo people to have one in their possession at all times when travelling abroad), he did have a slight but very important amendment to make.

*Update: Corina has since got in touch to tell us that they actually tried to get Hollywood A-lister James Franco to hold up the sign first and when he wouldn't, Chris decided to have a little fun with it. 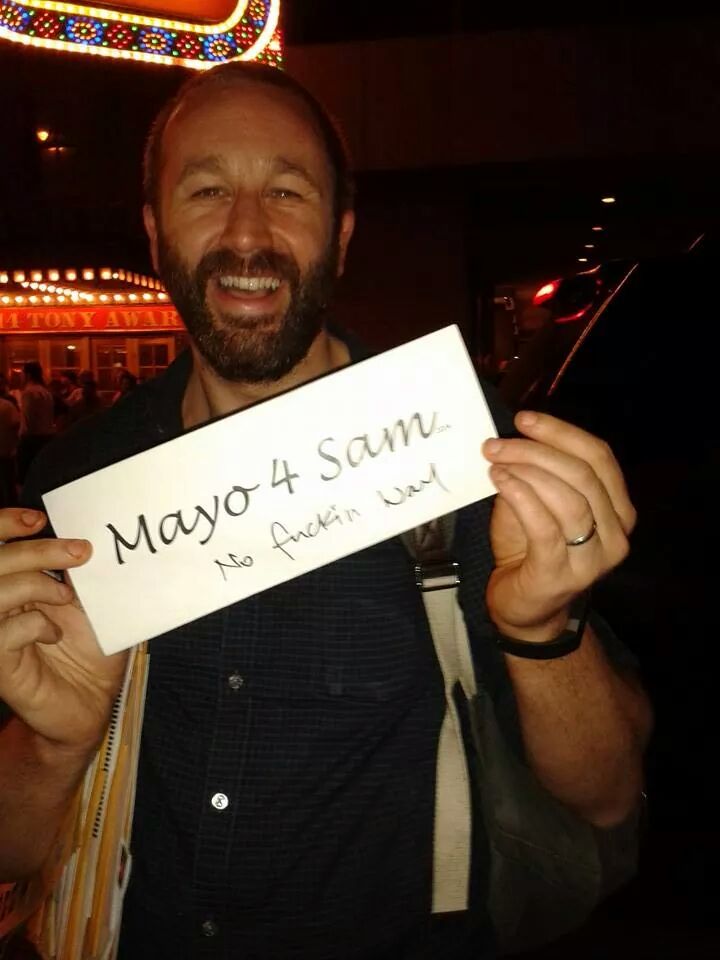 Hat-tip to John Carty for sending this one our way