You may remember the story that we brought you earlier about Conor Ryan, a very hardy young man who saw his hand become impaled on an opposing helmet over the weekend, but a new injury pic was sent just into us by JOE reader Stephen Ryan and he has managed to up that one in the gruesome stakes.

Stephen plays for O'Dwyers GAA club in Balbriggan, North Dublin and he suffered this nasty injury while playing against St Sylvesters, Malahide in July. Stephen was playing centre half forward and midway through the first half he tried to catch a low puck out and suffered a gruesome injury to his finger.

END_OF_DOCUMENT_TOKEN_TO_BE_REPLACED

Luckily he was marking a doctor and the ref was a paramedic so he was looked after which is very fortunate because Stephen tells us that he came very close to losing the top of his finger due to the damage done.

The Dubliner is happy to say that the operation was a complete success and he's all good now following 3 months on the sidelines.

Note, this is very graphic. 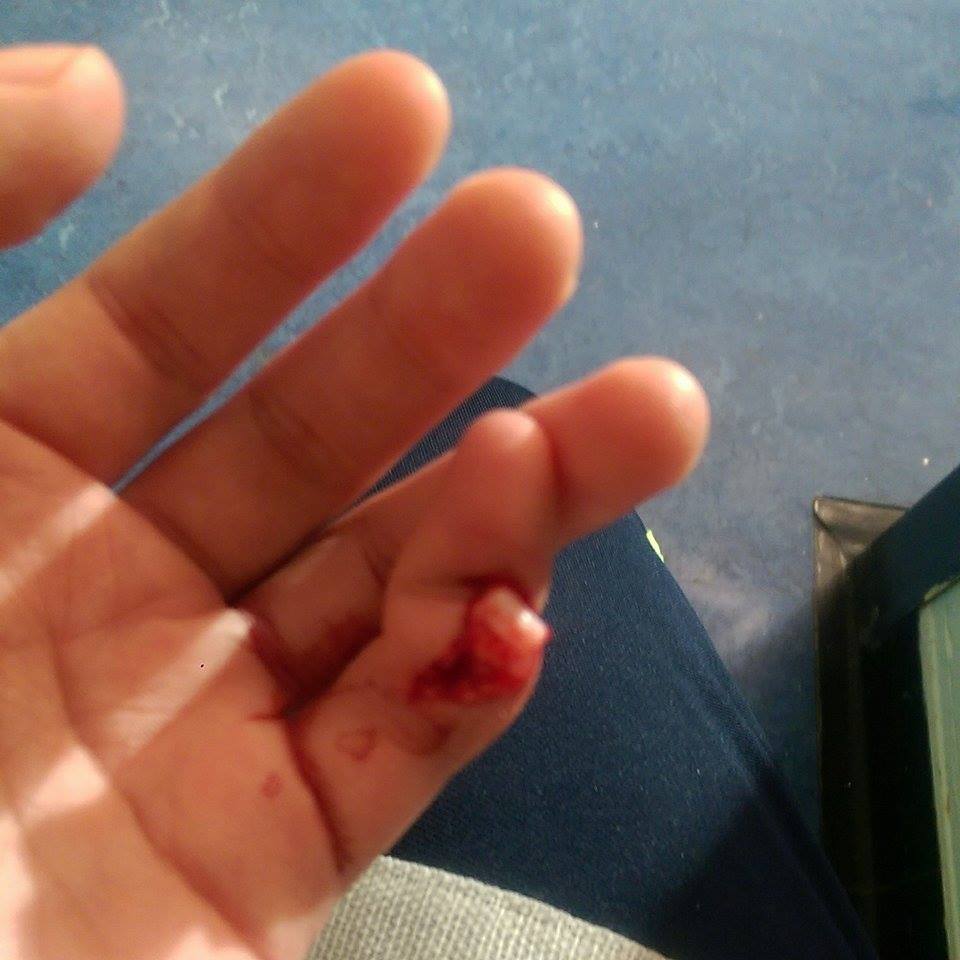 House of Rugby Ireland · Munster and Leinster's final showdown, card crazy and Pieter-Steph du Toit interview
popular
Two Irish cities named the friendliest in Europe by leading travel magazine
RTÉ confirms Eoghan McDermott will not be returning to 2FM
Met Éireann has issued a weather warning for seven counties
A nationwide Eir outage has a number of people without broadband
Abercrombie & Fitch to permanently close Dublin store
Happy 25th anniversary to the best mid-movie plot twist of all time
Missing Golden Eagle's owner "worried sick" and appeals for public's help
You may also like
1 year ago
Gardaí issue notice to anyone travelling to All-Ireland final on Sunday
1 year ago
WATCH: American comedian's reaction to hurling is one of the funniest things we've seen in ages
1 year ago
Teenager suffers heart attack after being hit by sliotar during match
2 years ago
PICS: Hurler suffers gruesome hand injury from modified helmet
2 years ago
Hurling got a shout-out on Bob's Burgers on Sunday night
2 years ago
"We’ve had our good times, our bad times." Davy Fitzgerald on Sharon O'Loughlin, his partner of 13 years
Next Page