PIC: Conor McGregor's rousing words sum up what the country thinks of the Irish players

We're gone, but we won't be forgotten in a hurry.

At Euro 2012, Irish supporters left a massive impact on the tournament, but the players fell someway short. Four years later, and both the fans and the squad leave with their heads held high.

The country is both gutted and proud in equal measure after Martin O'Neill's side went down 2-1 to hosts France in Lyon in the last 16 of Euro 2016, and one man who is joining in with the tributes is Conor McGregor himself. 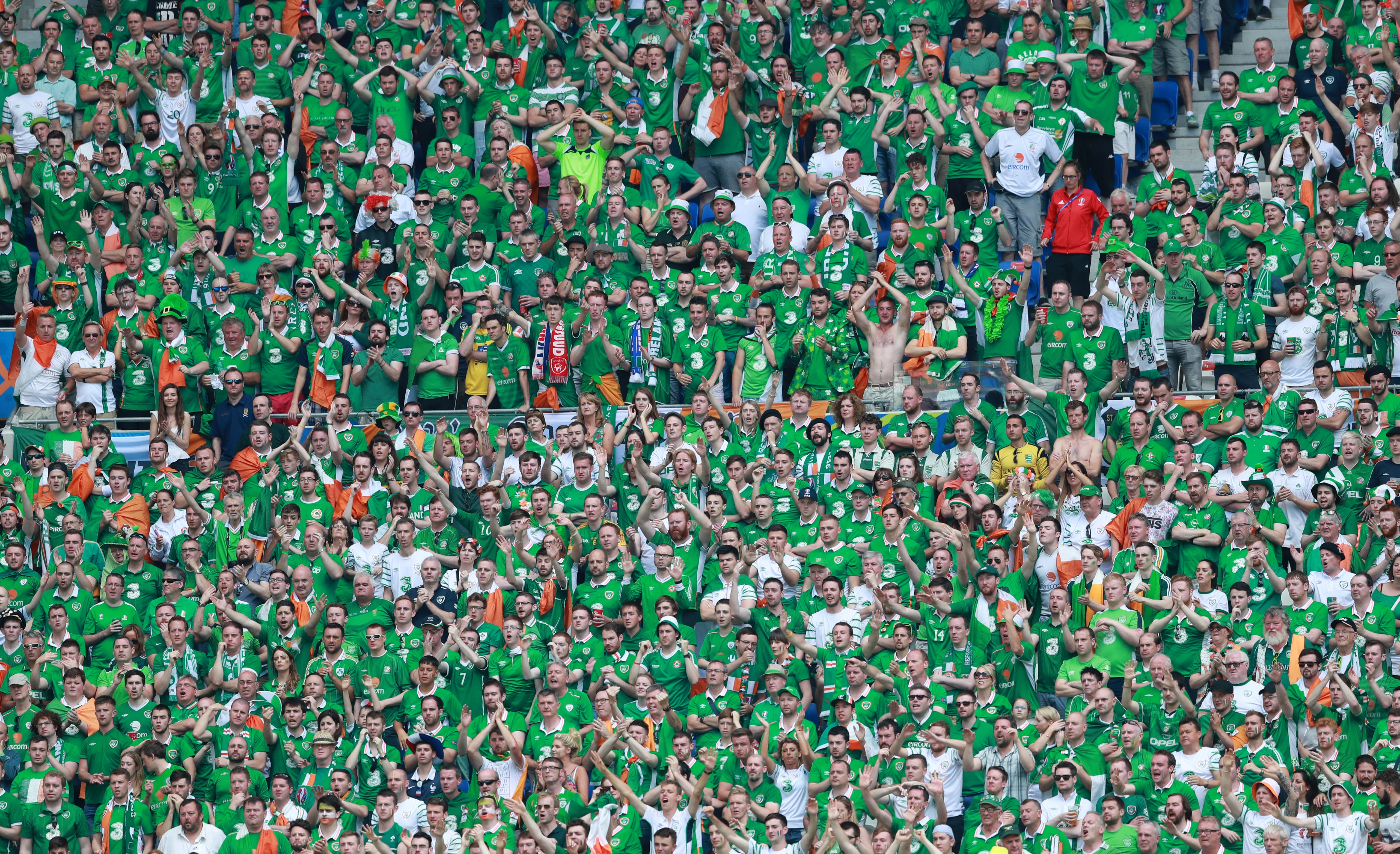 END_OF_DOCUMENT_TOKEN_TO_BE_REPLACED

The Notorious has tweeted his reaction to the defeat, giving hearty praise to Ireland's terrific first half display, both on the ball and off it, comparing us to a team from Spain's La Liga, before lamenting the result.

He's said what most of us are thinking with this message.

Head held high always
We were like something out of la liga at times out there. And we lumped into tackles too. Hard luck boys #DeservedMore

Before the UFC featherweight champion added an extra upbeat message of support...

The future is bright green! 🍀

popular
Nicola Bulley's phone found by the river 'could be a decoy', diving expert suggests
Here is a list of every Bank Holiday in Ireland in 2023
Teenager killed in shark attack after swimming with dolphins in Australia
One of the best crime thrillers ever is among the movies on TV tonight
Amazon Prime Video has just added 21 big movies to its library
The Last Of Us Episode Five will premiere days earlier in Ireland and UK
5 years ago, Hollywood took a massive gamble on a huge sequel... and lost big time
You may also like
1 hour ago
Here is a list of every Bank Holiday in Ireland in 2023
1 week ago
Ireland seen as being among the top 10 least corrupt countries worldwide, new data shows
2 weeks ago
Irish names among the top 10 hardest words for British people to pronounce
2 weeks ago
Killer who beat his ex-girlfriend to death has face slashed open in prison
2 weeks ago
Let The Wrong One In feels tailor-made for midnight screenings
2 weeks ago
Tackling binge drinking and finding ways to reduce alcohol intake
Next Page