Pic: Did anyone spot Bernard Brogan at the Brazil vs Germany match last night?

Anyone know the German word for "doppelgänger?"

Now, we know Brazilian Bernard was allegedly 'playing' on the pitch last night, but did anyone spot Dublin legend Bernard Brogan in the stands in his Brazil jersey?

We're pretty sure Jim Gavin would have sanctioned his trip to Sao Paulo last night, but the jet-lag must be a killer for him to get to training today. 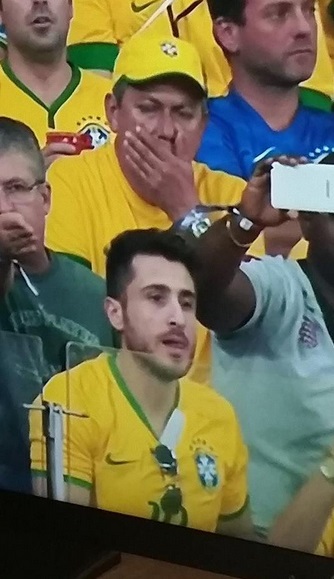 Okay, it's not actually Bernard Brogan (or at least we don't think it is), but you cannot deny that the likeness is uncanny. Bernardinho anyone?