People’s pockets are rarely as empty as they are immediately after Christmas and all that goes with it, but one Paddy Power punter in Dublin won’t (or at least shouldn’t) have to worry about empty pockets again for quite some time.

He’s either the most knowledgeable man in football or he just got incredibly lucky, because the accumulator came good to the tune of €246,342.27. 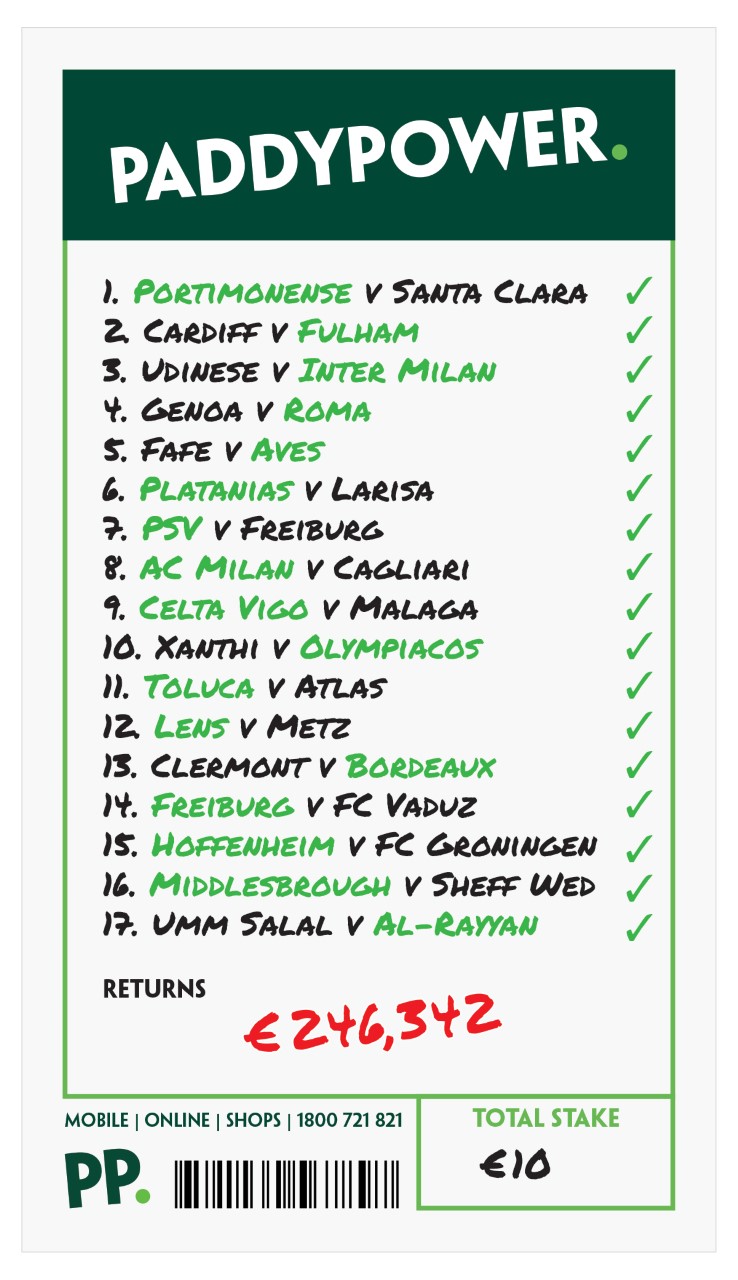 END_OF_DOCUMENT_TOKEN_TO_BE_REPLACED

Punters who regularly do accumulators often curse some last-minute bad luck for costing them cash but it was the other way around for our newly wealthy friend, with 87th minute goals in two of the 17 matches and a last-gasp strike from AC Milan’s Carlos Bacca helping him on his way.

Féilim Mac An Iomaire, a spokesperson for Paddy Power, said of the bet: “It’s not every day that you land a 25,000/1 shot but he’ll have felt as though he’s earned it after having to endure several nail-biting finishes.

17 legs across over half a dozen countries is outrageously ambitious and we’re only too happy to congratulate him on his winnings.”

Some folks have all the luck.