Pic: Enniscrone GAA club in Sligo have the best VIP seats bar none in Ireland

They must be expecting a visit from the President himself with those sort of seating arrangements in place.

Outside of Croke Park and some of the top county stadia, GAA grounds across the country wouldn’t exactly be renowned for the type of seating they provide. In most places you’ll find a decent stand, but in some pitches, supporters have to make do with a nice spot on a grassy bank behind the goal or along the two sidelines.

Enniscrone GAA club in Sligo have really raised the bar, however; just look at the VIP seats in place in the middle of the stand, where no doubt the occupants of said seats are waited on hand and foot and provided with an unlimited supply of tay and hang sandwiches until the end of the match. 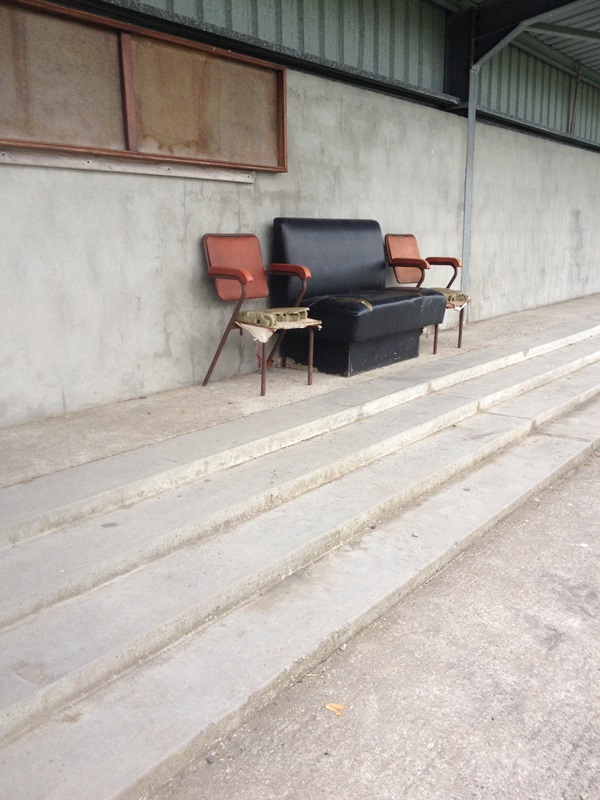 END_OF_DOCUMENT_TOKEN_TO_BE_REPLACED

The above photo was sent into us by Cian Higgins, a recent visitor to Enniscrone GAA club, so we’re not sure if these were only a temporary arrangement or if they are there on a permanent basis; we sincerely hope it’s the latter.

If anyone from Enniscrone GAA club would like to let us know the story feel free to do so and if anyone else has pictorial evidence of similar GAA luxury seating throughout the country, please send it our way on Facebook, Twitter or via editorial@joe.ie.

Corporate box, how do.

Hat-tip to Cian Higgins for sending this one our way

popular
Netflix has just added 33 very big movies to its library
Six people dead after mass shooting at Fourth of July parade in Illinois
QUIZ: It's time for one of our trickiest General Knowledge Quizzes yet
The 50 most iconic songs of all time* have been revealed
The full list of cancelled flights in and out of Dublin Airport on Monday (so far)
The JOE Movie Quiz: Week 161
QUIZ: Can you guess the crisps from the pixelated packet?
You may also like
1 week ago
Taoiseach condemns "disturbing" fight at Galway v Armagh game
1 month ago
The 2 Johnnies share unbelievable catfish ordeal affecting over 40 people
1 month ago
Limerick hurler arrested following alleged altercation with Tipperary player in Limerick pub
2 months ago
Woman in her 20s dies after accident during Camogie match
8 months ago
Wicklow GAA to investigate fight after Under 15 match on Saturday
1 year ago
Post-match celebrations and a lack of social distancing at certain events put club game on hold
Next Page