PIC: Everyone is going to want one of these Conor McGregor-themed Christmas jumpers

Get your order in now...

Michael Cooke is a Scottish man living in Melbourne, Australia, and he also happens to be a huge fan of Conor McGregor.

In fact, he's such a big fan of The Notorious that, as well as winning money on a first round knock-out today, he's even designed himself a festive jumper to wear out and about this Christmas.

Michael sent the pic of his new creation to JOE after McGregor gave all of his fans an early Christmas gift by humiliating Jose Aldo at UFc 194. 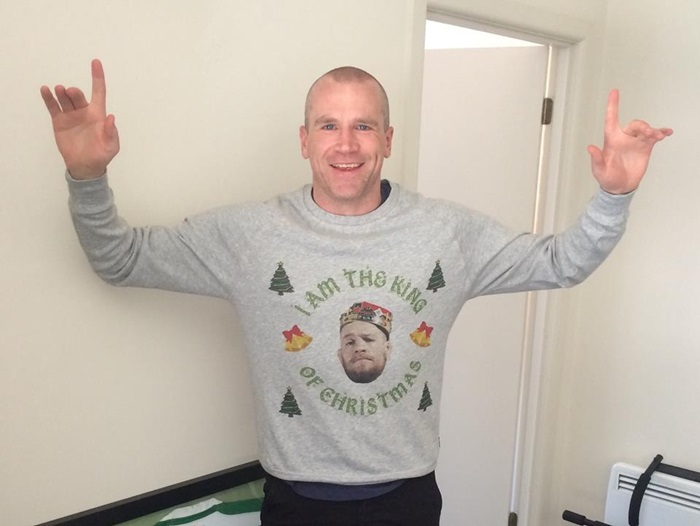 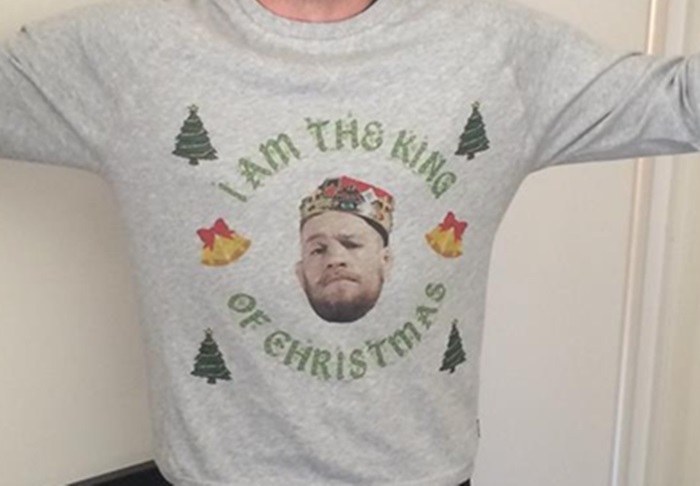 We know what we're asking for this Christmas.

Mr Frosty. We're asking for a Mr Frosty Ice Maker. But we'd also like one of those Conor McGregor jumpers we were just talking about.