Pic: German World Cup winner is the latest star to sign the most famous GAA jersey in Brazil

Mesut Ozil is the latest footballer to sign the Tralee club's GAA jersey...

Kerry man Mike Griffin has been living the dream in Brazil over the past few weeks. He's been at the World Cup, hanging out in Rio and meeting some of the most famous faces in football. To say we are jealous is the understatement of the year.

Mike has been doing something really cool when he meets all these world stars though, as he's getting them to autograph a Tralee GAA club jersey so that he can eventually auction it off for charity.

END_OF_DOCUMENT_TOKEN_TO_BE_REPLACED

Diego Maradona, Fabio Cannavaro, Patrick Vieira and Robin Van Persie are among the huge names to have signed the Na Gaeil shirt so far but Mike completed the task in style last night.

Mike somehow managed to get a ticket for last night's World Cup Final and he got the autograph of none other that Germany midfielder Mesut Ozil, the photo is class... 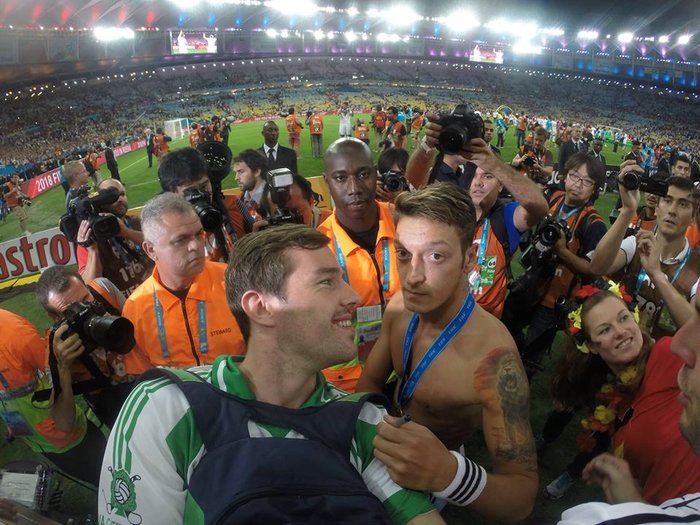 That jersey is going to be worth some amount of money when it goes up for auction! Great work again, Mike.