We doubt very much that it was intentional, but how in the hell does a loose laptop cable take on that shape?

We can’t explain how exactly it happened, but there is no doubting the fact that what you can see in the picture below is a laptop cable in the shape of a pair of male testicles and a penis located immediately behind Bath coach Mike Ford during BT Sport’s coverage of Harlequins’ victory over Bath in the Aviva Premiership play-off on Saturday. 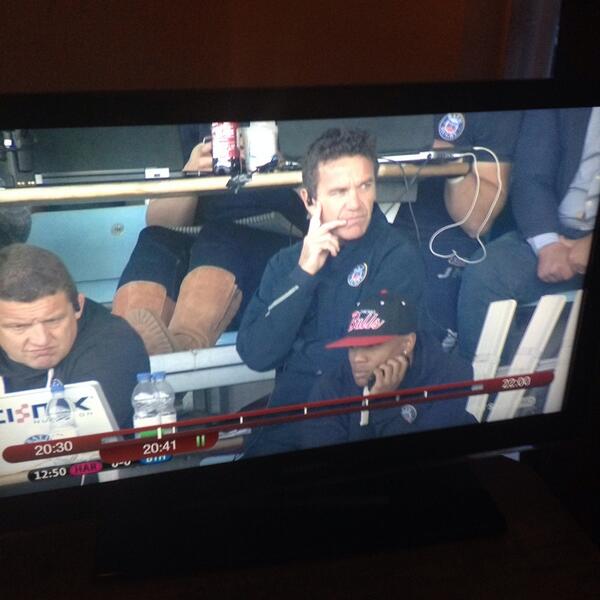 END_OF_DOCUMENT_TOKEN_TO_BE_REPLACED

We’re not being childish but the offending image really does jump off the screen, so much so that on first viewing, we were convinced that it had been crudely drawn on, suspicions that were quickly dismissed as the start and end points of the cable in question are clearly evident.

The look on his face suggests that Ford seems almost aware of what’s beside him and is deliberately avoiding looking straight at it, but in what could tenuously described as rich irony in this case, his team ended up cocking-up a number of scoring opportunities during the game, thus narrowly missing out on a place in the semis.