Pic: Man United announce signing of Schweinsteiger and Schneiderlin with these official pics

First official pictures of the new midfielders at Old Trafford.

Manchester United have been busy over the weekend with three new arrivals at Old Trafford. First in the door was Italian international defender Matteo Darmian (pic below). 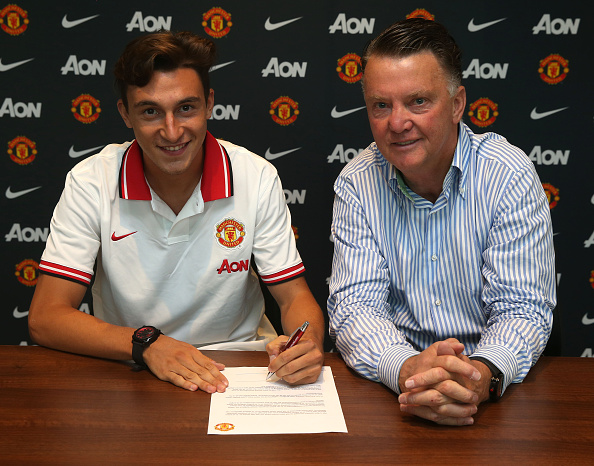 Social media then exploded over the weekend with news of United capturing the signature of German international and Bayern Munich legend Bastian Schweinsteiger.

#mufc is delighted to announce the signing of @BSchweinsteiger from Bayern Munich on a 3-year contract. #WelcomeBasti pic.twitter.com/jGcC2K1HLD

Bastian Schweinsteiger said, "Manchester United is the only club that I would have left Munich for. I feel ready for this new and exciting challenge in what I regard as the most competitive league in the world and I am looking forward to working with Louis van Gaal again."

There's plenty more for United fans to be excited about as the club have announced the signing of Morgan Schneiderlin from Southampton on a four-year deal.

Morgan Schneiderlin said: "I am delighted to be a Manchester United player. Once I learned that United were interested in signing me, it was a very easy decision to make. I have enjoyed seven very happy years with Southampton and it’s a club that will always be in my heart. But the chance to be part of this squad to help this great club be successful was too good to miss."