Whiff of arrogance off this headline...

To many, Liverpool were going to be lambs to the slaughter as they went into a match against arguably the best team on the planet last night. With Brendan Rodgers resting several key players, it was thought that they would be pummelled by the Galacticos of Madrid. 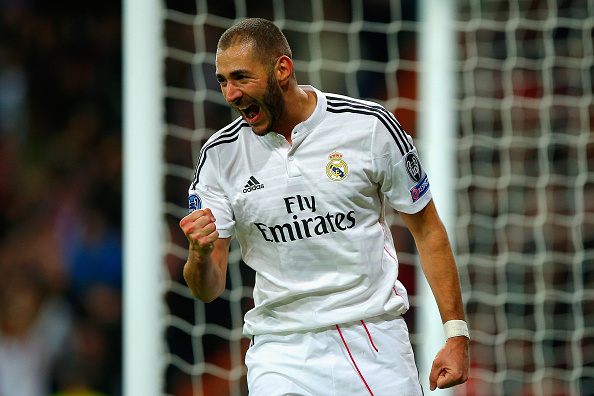 END_OF_DOCUMENT_TOKEN_TO_BE_REPLACED

They battled manfully and only lost 1-0 to a first-half strike from the brilliant Karim Benzema (pic above). The Madrid newspaper Marca were a bit dismissive of the Liverpool effort as you can see from the headline in prominent Spanish paper Marca this morning...

On Brendan Rodgers' team: Marca headline is surely damning for club with #LFC history: 'Little more than a friendly.' pic.twitter.com/9eQmzz9AM6

Admittedly, Real Madrid looked like they had several gears to move through if needed, but anything could have happened in those closing minutes such is the unpredictable nature of football and to suggest that it was 'little more than a friendly' is a tad disrespectful to say the least.

The Big Reviewski || JOE · TBR Spotlight: Loki Episode One - 'Glorious Purpose'
popular
Matt LeBlanc has seen the memes of him as every Irish auld lad and very much enjoyed them
The 50 most iconic songs of all time* have been revealed
The JOE Movie Quiz: Week 106
PICS: The man with the biggest penis in the world has one unbelievable problem with it
People think they've figured out the ranking of the viewers on your Instagram Stories
Novak Djokovic gives the low down on the diet that made him world number one
Tech Corner: Google gambled with the Pixel Buds A-Series, but it paid off
You may also like
17 hours ago
Christian Eriksen stable but may not play football again, says sport cardiologist
2 months ago
Martin Compston reveals moment he delayed Line of Duty filming to watch Scotland penalty shoot-out
3 months ago
EA Sports bans Irish FIFA player who racially abused Ian Wright for life
3 months ago
TOWIE star Mark Wright is officially the worst player on FIFA 21
4 months ago
Jamie Carragher reacts to hilarious TikTok remix combining on-air yelp with John Legend song
4 months ago
Roy Keane reacts to the dancing Keano FIFA TikTok meme
Next Page