PIC: No really, a €2 coin with ‘Mayo for Sam’ engraved on it has been found in Waterford

For a county that’s supposedly been under the spell of a curse for 65 years since 1951, Mayo fans should be more wary of superstition than anyone at this stage.

That said, possibly out of desperation more than anything else, there are no doubt some who will interpret a recent discovery as a sign that the stars are finally aligning ahead of the All-Ireland Final replay with Dublin this Saturday.

END_OF_DOCUMENT_TOKEN_TO_BE_REPLACED

The discovery we’re talking about is a €2 coin with ‘Mayo for Sam’ not just written on, but engraved on a coin that was discovered in Thompson’s CarryOut off-license in Ferrybank in Waterford on Friday night and sent our way by owner of the off-license, Ashley Thompson. 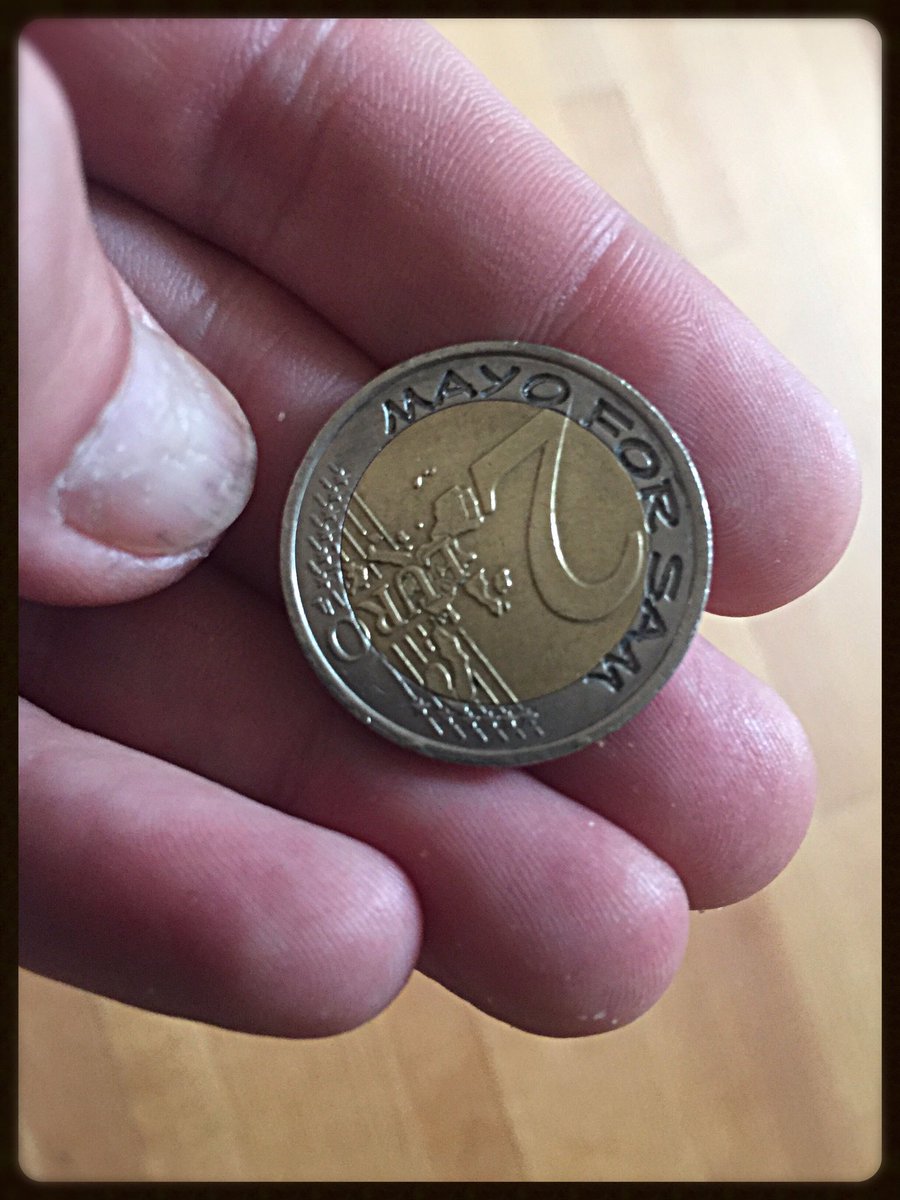 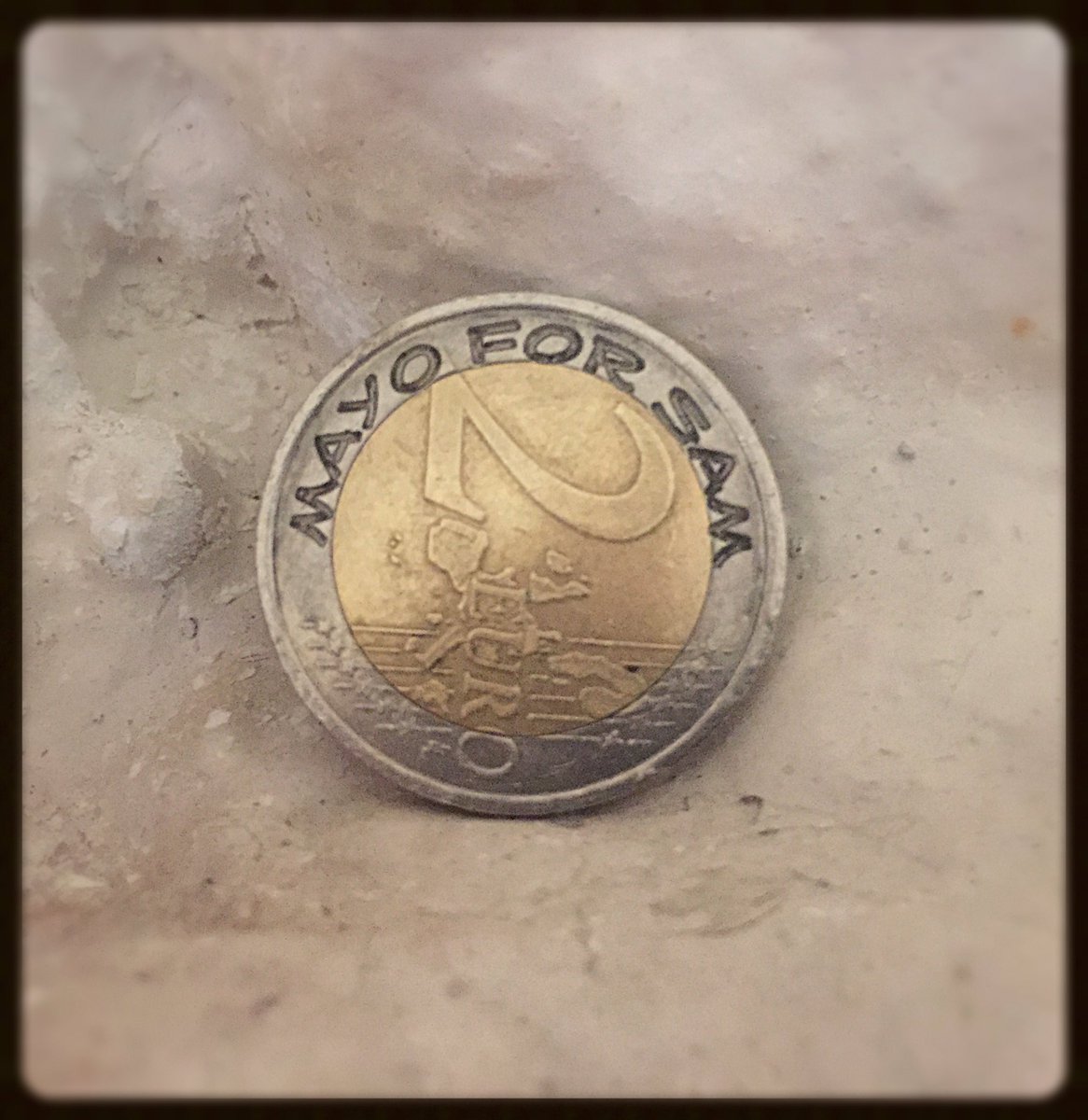 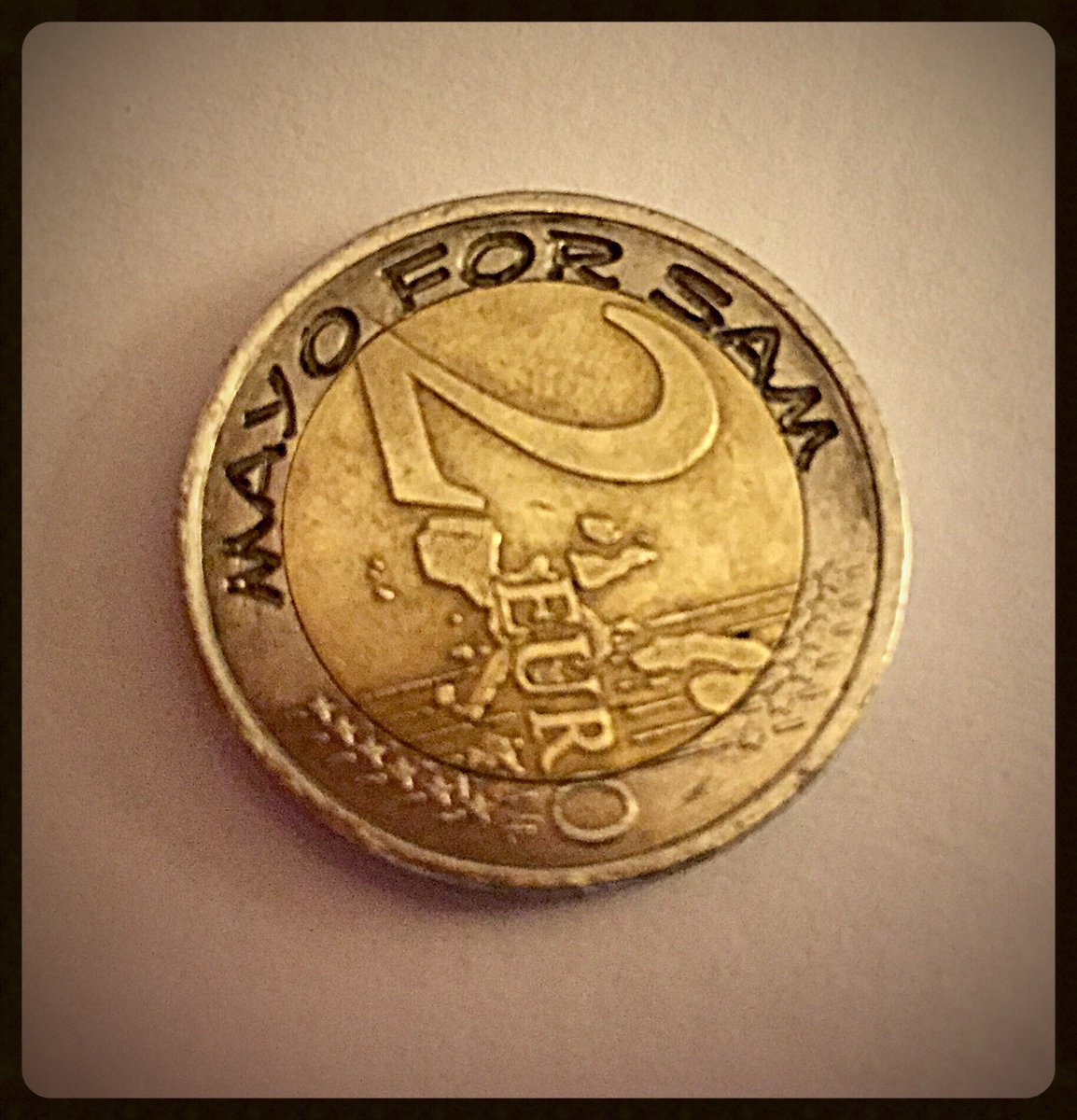 If it looks familiar, it shouldn’t come as a huge surprise because, barring a ridiculous coincidence, it is the same coin that turned up in a café in Wicklow two years ago.

Found in my mum's cash register all the way down in County Wicklow. It's actually engraved. #mayo pic.twitter.com/VXaXh3IKdU

END_OF_DOCUMENT_TOKEN_TO_BE_REPLACED

It's not really a surprise the coin was found far from Mayo, twice, as surely there is nobody in the county who would dare use it as legal tender and instead save it as a memento for when the boys in green and red finally get the job done.

Could it be 'Mayo for Sam' this weekend? You could do worse than put €2 on it.

Cheers to Ashley Thompson for sending this our way. Got a story for JOE? Hit us up on Facebook or Twitter, send it to our WhatsApp number 087-4001102 or mail editorial@JOE.ie.

The Big Reviewski || JOE · Shane MacGowan snarls & stars in this new documentary from Julien Temple
popular
9 weird and wonderful Irish Christmas traditions we absolutely love
The JOE Friday Pub Quiz: Week 220
The JOE Movie Quiz: Week 80
The JOE Music Quiz: Week 36
Harry Styles hits back at critics who told him to be more 'manly'
Status Yellow snow warning issued for five counties
The 50 most iconic songs of all time* have been revealed
You may also like
1 week ago
Man arrested following the murder of a woman and two children at a house in south Dublin
1 week ago
Two new metro routes and rail line to Navan proposed in new transport plan for Greater Dublin area
1 week ago
Two homeless men found dead in Dublin
2 weeks ago
€5 million of suspected ecstasy and MDMA seized by Gardaí in Dublin
2 weeks ago
Gardaí renew their appeal for witnesses to fatal assault in September
2 weeks ago
Two Dublin restaurants win big at the World Luxury Restaurant Awards
Next Page