We're not sure we see the resemblance.

Last night's 0-0 draw at the Aviva Stadium between the Republic of Ireland and Northern Ireland was a fairly dull affair.

Still, there was plenty to talk about on social media after a Northern Ireland fan mistook a Munster flag for a flag bearing the likeness of a man in a balaclava — hearkening back to old IRA imagery.

END_OF_DOCUMENT_TOKEN_TO_BE_REPLACED

Jamie Bryson, who identifies himself as a unionist activist, wrote on Twitter "So during an evening of anti-British hate & abuse from Republic of Ireland supporters, they also unveil a banner of a masked terrorist. This is the country Theresa May wants to de-factor rule over N. Ireland."

You can see for yourself what exactly Bryson was referring to. 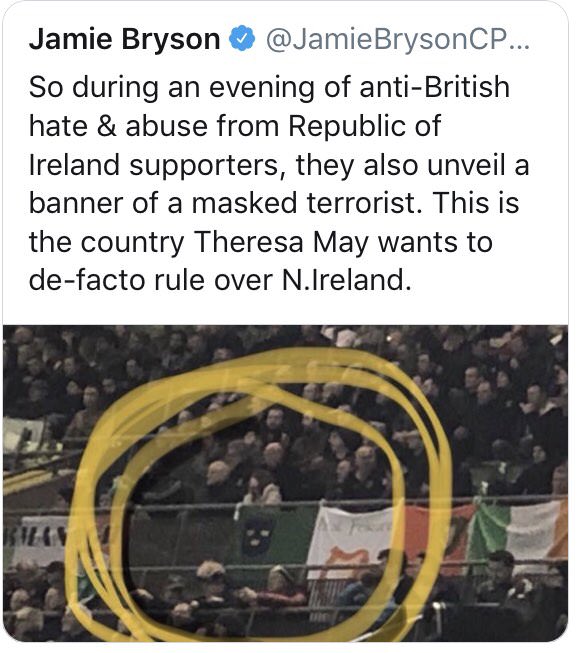 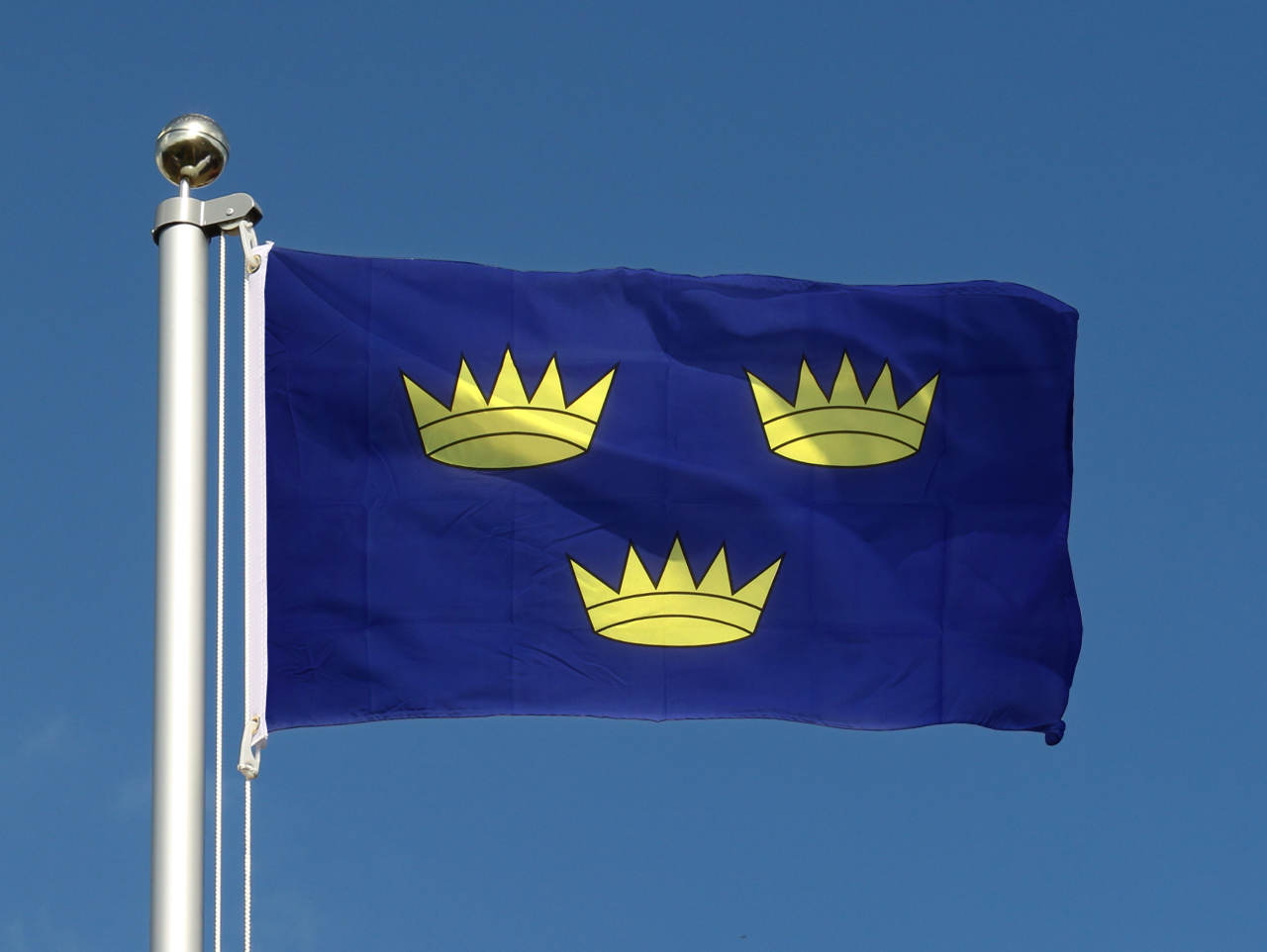 Bryson has since caught his mistake and deleted the tweet, writing: "Well, it appears I may have made an error tonight & mistaken a Munster crest for a masked IRA man. Even I have to laugh at that one."

Well, it appears I may have made an error tonight & mistaken a Munster crest for a masked IRA man. Even I have to laugh at that one. 😂

popular
Netflix has just added an incredibly tense 97-minute thriller
Prime Video has just added 25 very big movies to its library
The Ultimate "That Actor From That Thing" Quiz
Stunning Mayo beach named the best place to swim in Ireland and the UK
WATCH: House of Hammer details the alleged crimes of award-winning actor Armie Hammer
The 50 most iconic songs of all time* have been revealed
QUIZ: Can you name all the counties in Ireland with an ‘N’ in their name?
You may also like
5 days ago
The JOE Friday Pub Quiz: Week 306
1 week ago
Rebekah Vardy breaks down in tears in first TV interview since Wagatha Christie defeat
1 month ago
Gary Lineker says he suffered racist abuse during football days due to "darkish skin"
2 months ago
Merseyside police defend ‘exemplary’ Liverpool fans tear gassed by French police
2 months ago
BBC trainee accidentally posts message mocking Man United live on TV
2 months ago
Kurt Zouma charged with three animal welfare offences
Next Page