Yesterday’s Galway senior hurling final was a day tinged with sadness following the death of Niall Donohue last week. The players from Portumna and Loughrea paid tribute to him before the game with a minute’s silence and at the presentation of the cup, a loud and long round of applause rang around Pearse Stadium in his honour.

On the field, it was Portumna who prevailed, beating Loughrea 3-12 to 0-14, and for captain Ollie Canning, it was a very special win.

END_OF_DOCUMENT_TOKEN_TO_BE_REPLACED

You’d think, with five Galway titles and three All-Irelands, the 37-year-old might have been taking a back seat these days but instead he led from the front, and after not being in a final since 2009, it meant an awful lot to Canning.

"There is no better way to bounce back when people are writing you off to come back and maybe answer your critics. We were just so happy, we knew we had the quality in the team, maybe we got a couple of breaks."

"We had a few tough games in the quarter and semi-final to get here – but you need the breaks to get here. It's great when you bounce back. People out there maybe think you are gone over the hill, so it is very, very sweet one this year."

This picture sums up how he felt even better. 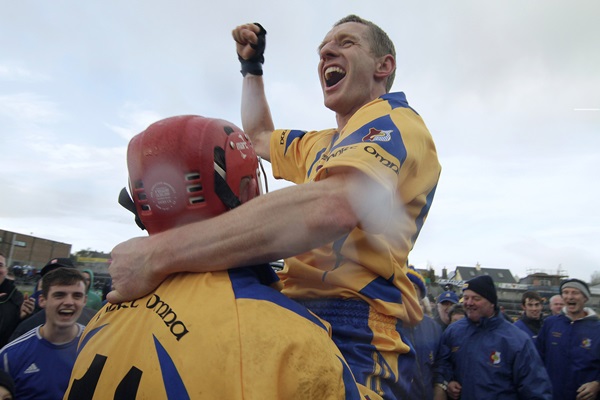 Are they on the march to St Patrick's Day glory again? We wouldn't bet against them...

popular
RTÉ tries to solve Michael Collins murder in new documentary
Two men arrested after woman is stabbed in Kerry
QUIZ: Can you get top marks in this short but tricky Irish geography quiz?
4-year-old girl killed in Sligo caravan park named as Alice Dunleavy
Two long-thought-dead Marvel projects appear to be in the works
QUIZ: Can you score 12/15 in this difficult General Knowledge Quiz?
Family of Ashling Murphy share heartbreaking tribute at Fleadh Cheoil
You may also like
4 weeks ago
Looking for a hotel room for the All-Ireland Final weekends? It won't come cheap...
1 month ago
Taoiseach condemns "disturbing" fight at Galway v Armagh game
2 months ago
The 2 Johnnies share unbelievable catfish ordeal affecting over 40 people
2 months ago
Limerick hurler arrested following alleged altercation with Tipperary player in Limerick pub
3 months ago
Woman in her 20s dies after accident during Camogie match
9 months ago
Wicklow GAA to investigate fight after Under 15 match on Saturday
Next Page