PIC: Pop star Shakira has posted a message that no one expected after THAT Shaqiri goal

Hats off to the 'Hips Don't Lie' star here.

If you didn't capture the footage from Saturday then you need to get on it, because Stoke City and Switzerland forward Xherdan Shaqiri scored what will go down as a contender for goal of the tournament at Euro 2016.

It made us make funny noises.

Along with admiring the beautiful invention that was that goal, we found ourselves making several and increasingly unfunny Shakira-related puns in the immediate aftermath of Shakiri's wonder strike... because they have similar names. 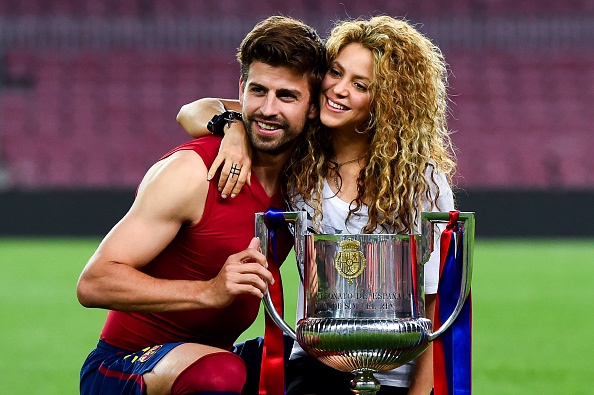 However, we didn't expect the superstar and other half of Barcelona and Spain defender Gerard Piqué, to actually weigh in on the whole affair, but contribute she did, making a very interesting point in the process.

The first time in history that a couple both score goals in the Eurocup - Piqué and Shaquiri!!!

We can't say that we knew about this "statistic", but we're sure Piqué will be thrilled.

popular
Gardaí unveil new Armed Support Unit vehicles to replace older models
Netflix has just added 33 very big movies to its library
The full list of cancelled flights in and out of Dublin Airport on Monday (so far)
One of the greatest crime movies of all time could be getting a sequel
Amazon Prime Video has just added 51 big movies to its library
Increase in passenger charges at Dublin Airport may be on the way
An action-packed thriller is among the movies on TV tonight
You may also like
4 days ago
The JOE Friday Pub Quiz: Week 301
5 days ago
Radio station plays 'Killing in the Name' non-stop from 6am after multiple staff get fired
6 days ago
QUIZ: Can you guess the pixelated album cover?
6 days ago
R Kelly sentenced to 30 years in prison for sex trafficking and racketeering
6 days ago
Travis Barker rushed to hospital after tweeting "God save me"
1 week ago
Lizzo pledges $1 million for Planned Parenthood and abortion funds
Next Page