As far as we know, the group stages are not two-legged affairs but someone in the TV3 graphics department didn’t.

It’s the first night of the Champions League 2013-14 so just as teams are ironing out some wrinkles, it seems that the broadcasters are too.

The very first live goal on TV3’s coverage for this season, Wayne Rooney’s volley against Bayer Leverkusen, produced a rather strange on-screen graphic. 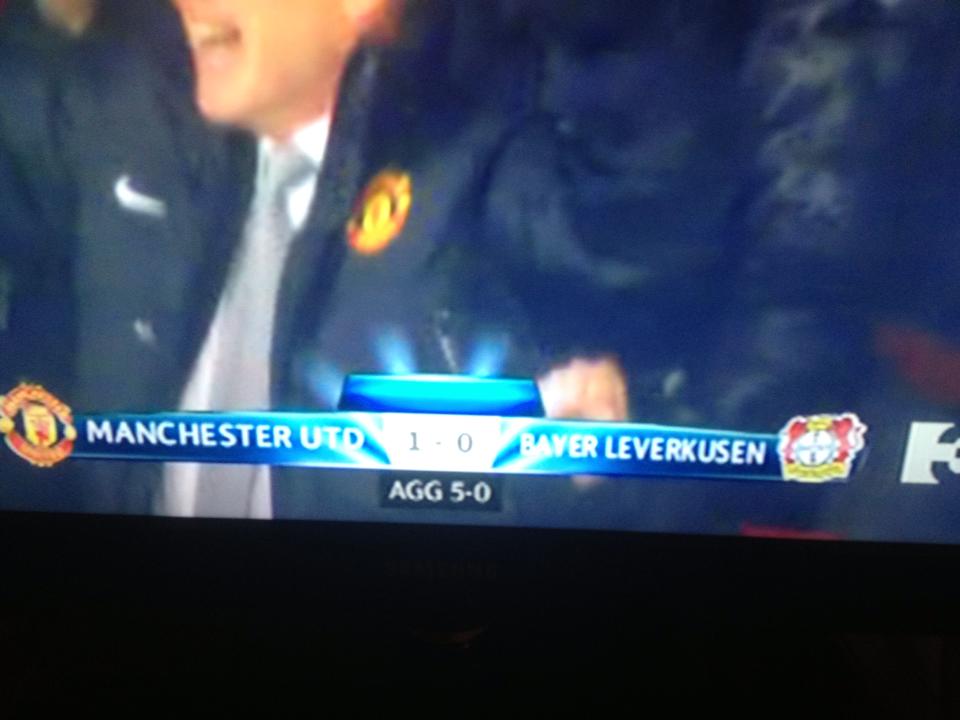 END_OF_DOCUMENT_TOKEN_TO_BE_REPLACED

Spotted by eagle-eyed Ger Costello, we assume it was a Europe-wide problem and not just a TV3 one. We'll put it down to teething problems on opening night.

And for the record, it is 3-1 now to Manchester United...

The Big Reviewski || JOE · The Big Reviewski with Dune, a mini-Hangover reunion & the best of Timothée Chalamet
popular
The JOE Friday Pub Quiz: Week 266
Here's the line-up for tonight's episode of The Graham Norton Show
Alec Baldwin expresses "shock and sadness" over fatal film set shooting
HBO announces a new Sopranos series is in the works... kind of
Hunger strike ends as Nadim Hussain assured he won't be deported
‘If You Go, Go Slow’ - HSE launches new campaign urging people taking drugs to do it safely
Nightclubs are now ticket-only events, according to new measures
You may also like
2 weeks ago
The JOE Friday Pub Quiz: Week 264
1 month ago
Manchester City's Benjamin Mendy charged with four counts of rape
2 months ago
Michael Ballack’s son Emilio, 18, dies in 'quad-bike crash’
2 months ago
Five football documentaries to watch to kill time before the new Premier League season
4 months ago
Christian Eriksen shares first update from hospital as he undergoes tests after cardiac arrest
4 months ago
Christian Eriksen stable but may not play football again, says sport cardiologist
Next Page