From the textbook pose to the dramatic sky, this is a beaut from INPHO's Cathal Noonan.

Wexford collected their second Leinster Under 21 hurling crown on the bounce tonight, courtesy of a 1-20 to 0-18 win at Parnell Park. Star of the show was Wexford's Conor McDonald, who scored 1-3 and was superb in general play to boot.

And while the celebration shots (main pic) were great, the real gem captured by the photographers was this shot of Wexford's Andrew Kenny taking a sideline cut, almost silhouetted against a darkening, cloudy sky over Dublin. 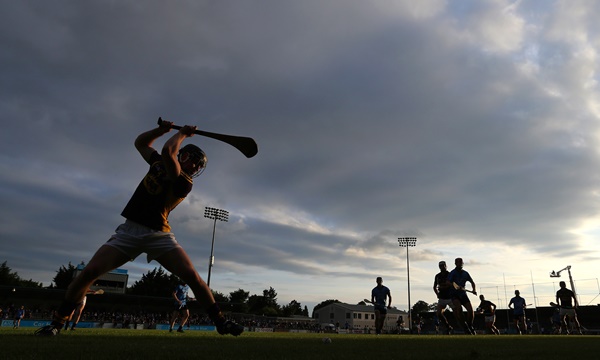 Hats off to INPHO's Cathal Noonan for the snap.

popular
Katherine Ryan says famous TV star is a ‘predator’ and everyone in industry knows
The JOE Movie Quiz: Week 181
20 years ago, one of the best sci-fi movies of the 21st century was a box-office bomb
QUIZ: Only the sharpest will get 100% in this General Knowledge test
The JOE Friday Pub Quiz: Week 322
QUIZ: JOE's Big News Of The Day Quiz #19
8 Irish Christmas markets and festivals you need to visit this winter
You may also like
6 days ago
Dublin nightclub suspends security guard following racism allegations
2 weeks ago
QUIZ: How well do you know the towns and villages of Dublin?
3 weeks ago
6 deadly whiskey distilleries and experiences to try out in Dublin
1 month ago
Man in serious condition following assault near Connolly Station in Dublin
1 month ago
Gardaí investigating "all the circumstances" following discovery of woman's body near Luas tracks
1 month ago
Two girls seriously injured in crash involving car and pedestrians on busy Dublin street
Next Page