Pic: The new Cavan GAA jersey is out

Officially launched tomorrow in Cootehill, here's what the Breffni will be wearing next season.

Cavan had a pretty solid 2013 football championship, reaching the last eight before going down by six points to Kerry at Croke Park. They were also blessed with a very dapper shirt, with a royal blue body, navy sleeves and a collar.

They will have a new look for 2014 and like Derry, they have ditched the collar too. They have reverted to one shade of blue too, and while it's not too shabby, we have to say we just prefer the 2013 version.

The shirt will be officially launched at Lennon's Draper in Cootehill tomorrow. 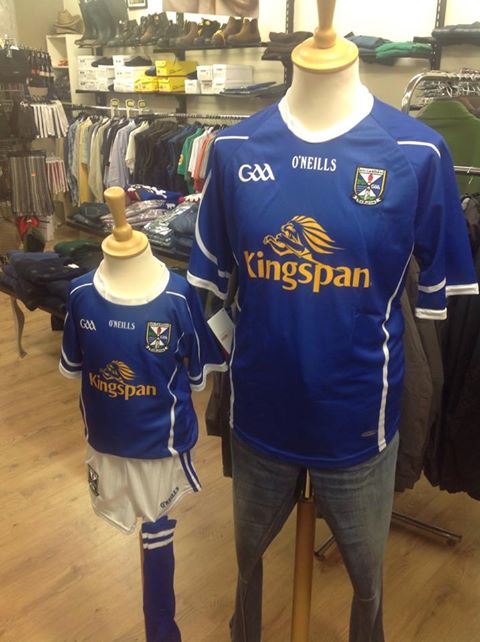 As long as the team plays as well as they did last year, we guess the shirt doesn't really matter though.

We guess the jeans is not part of the gear, unless this guy has gotten a job at O'Neill's.

popular
The Last Of Us Episode Five will premiere days earlier in Ireland and UK
One of the most underrated crime thrillers of recent years is among the movies on TV tonight
Amazon Prime Video has just added 21 big movies to its library
5 years ago, Hollywood took a massive gamble on a huge sequel... and lost big time
Shock as blues singer beats Adele, Beyonce and Taylor Swift to win Song of the Year Grammy
Ben Affleck's bored expression at the Grammys becomes a meme
The first reviews for Hogwarts Legacy are absolutely stellar
You may also like
3 months ago
Brendan Óg Duffy's father speaks powerfully about his son's death
3 months ago
Gardaí investigating alleged assault on under-9 GAA player at children's sports event
5 months ago
Roscommon GAA confirms investigation into alleged assault on referee during juvenile game
6 months ago
Looking for a hotel room for the All-Ireland Final weekends? It won't come cheap...
7 months ago
Taoiseach condemns "disturbing" fight at Galway v Armagh game
8 months ago
The 2 Johnnies share unbelievable catfish ordeal affecting over 40 people
Next Page