PIC: This great Roy Keane/Alex Ferguson faceswap is the stuff of nightmares

I'd imagine that Roy Keane isn't in the best of moods right now after Ireland ended their Euro 2016 qualification campaign with a defeat in Warsaw but the Irish assistant manager will need to keep a level head going into the upcoming play-offs.

One man that might cause Keane to lose his head though is his former Manchester United manager Alex Ferguson, especially since the duo have spectacularly fallen out after the publication of their respective autobiographies.

END_OF_DOCUMENT_TOKEN_TO_BE_REPLACED

There wasn't always this ill-feeling between the two men though, under Keane's captaincy and Fergie's management, United won 7 Premier League titles, 4 FA Cups and the Champions League among many others.

The two were probably so close that they could read each others mind. This picture though takes a very literal interpretation of that sentence.

Once you see this photo it can't be undone. 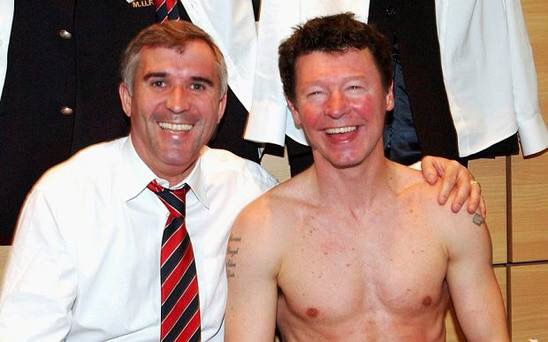 Cheers to JOE reader Maura who sent these pics our way. If you have a photo, video or story you think we'd like, send it to us on Twitter, Facebookor editorial@joe.ie.