Pic: This poster of the best beards on display at World Cup 2014 is just beautiful

This is just wonderful. Football fans the world over have been treated to one of the best World Cups of all time over recent weeks and, as well as the super skills on the pitch and attractive face-painted fans in the crowd, there's been quite an array of brilliant beards on display as the fantastic footballers show off their furry faces.

Tweeted by comedian Chris Cohen, we could spend hours poring over this olde-style poster displaying 30 of the most creative crumb catchers currently residing in Brazil. First things first though, we're off to try and grow oursleves a 'Pirlo'... although we could be tempted by a 'Howard,' especially following the goalkeeper's heroic, record-breaking display against Belgium last night.

And is that really Raul Meireles? Looks more like Mr. T if you ask us...

The beards of Brazil pic.twitter.com/zo2ofcBk6G 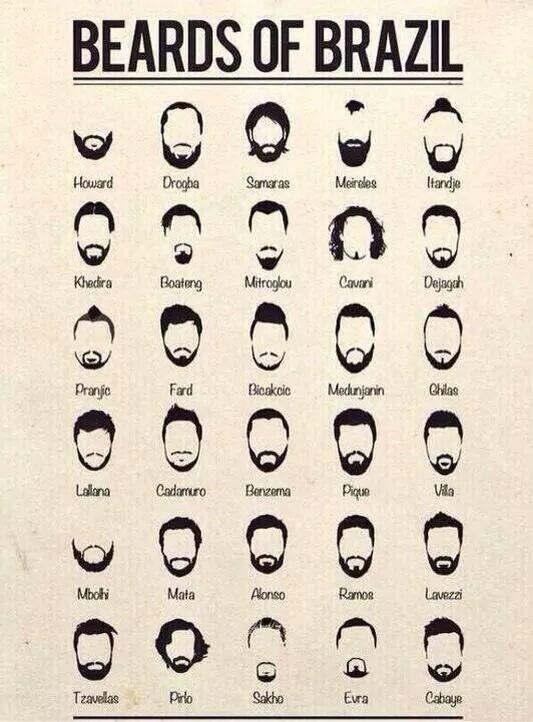 The Big Reviewski || JOE · Colm Meaney & his Pixie co-stars on deadly gangster priests, Irish accents & pickled onion crisps
popular
Sale of luxury castle in Kerry, described as "one of Ireland’s best kept secrets”, completed for €4.5 million
What the hell is 'Stomp and Holler', and why does Spotify insist that you love it?
Pfizer/BioNTech Covid-19 vaccine to be rolled out in UK next week after government approval
Weather advisory issued for all of Ireland, with snow on the cards
Over 300 Ford cars recalled in Ireland over battery issue that could lead to vehicle fire
We're sorry, but a new clip from Wild Mountain Thyme is on the loose
Elliot Page – Inception and Juno star announces he is transgender
You may also like
22 hours ago
EA Sports respond to 'baseless' lawsuit over alleged scripting in FIFA 21
3 days ago
Jurgen Klopp argues with BT Sport interviewer over kick off times
6 days ago
Diego Maradona: A remarkable career in pictures
6 days ago
Tributes pour in after Diego Maradona dies aged 60
1 week ago
PS5 controller trigger will tighten to indicate player fatigue on FIFA 21
2 weeks ago
Megan Rapinoe admits 'teasing the English is such a pleasure'
Next Page