It's not all glamour.

You'd often hear GAA players being praised for their commitment to their county and club, and rightly so, but the officials also deserve some kudos for their dedication to the national games.

Eddie Kinsella is one of the top referees in the country, he reffed the All-Ireland Final last year and he's fresh from being in the middle of Dublin and Mayo in their replay a few weeks ago.

Eddie was back to the bread and butter last night as he was spotted doing linesman in the Laois Shopping Centre Junior Football Semi Final. 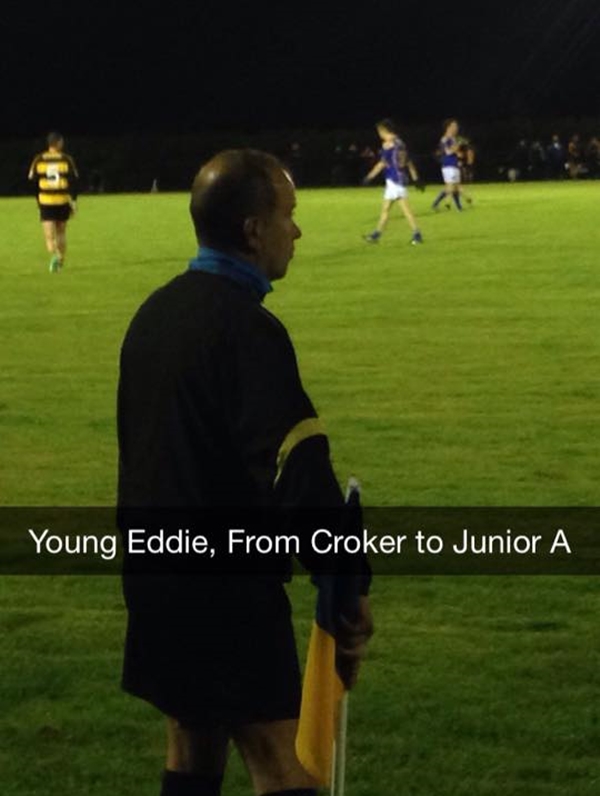 END_OF_DOCUMENT_TOKEN_TO_BE_REPLACED

The final score was: The Heath 2-12 O'Dempseys 0-03, they'll go on to play Barrowhouse in the final.

popular
A classic Western is among the movies on TV tonight
One of the most underrated sequels of all time is among the movies on TV tonight
The JOE Friday Pub Quiz: Week 300 - the Triple Century
Met Éireann gives update on weather warnings for this weekend
An underrated Jason Statham thriller is among the movies on TV tonight
The content warning for this week's episode of The Boys is incredible
The 50 most iconic songs of all time* have been revealed
You may also like
4 weeks ago
The 2 Johnnies share unbelievable catfish ordeal affecting over 40 people
1 month ago
Limerick hurler arrested following alleged altercation with Tipperary player in Limerick pub
2 months ago
Woman in her 20s dies after accident during Camogie match
8 months ago
Wicklow GAA to investigate fight after Under 15 match on Saturday
1 year ago
Post-match celebrations and a lack of social distancing at certain events put club game on hold
1 year ago
Cork GAA pleads with clubs and supporters “not to engage in celebrations that breach current guidelines”
Next Page