PIC: Umpire in Carlow spotted kicking sliotar into the net during hurling match in blatant case of GAA bias

Don’t worry, it’s not as shocking as it sounds.

Neutral umpires aren’t always available for duty in the world of club GAA and locals have been known to show a slight bit of bias towards their own side if asked to fill in at the last minute.

One of the most blatant cases of bias you’ll ever see occurred in Netwatch Cullen Park (also known as Dr. Cullen Park) in Carlow yesterday during a hurling clash between Laois outfit Graiguecullen and Bagenalstown of Carlow.

END_OF_DOCUMENT_TOKEN_TO_BE_REPLACED

During the second half of the game, former Laois footballer Tom ‘Chops’ Scully, a Graiguecullen native who was acting as umpire on the day, was clearly seen helping Michael ‘The Lord’ Lawler bury a high dropping ball into the back of net with the help of a big kick, as can be seen in the quite brilliant photo below. 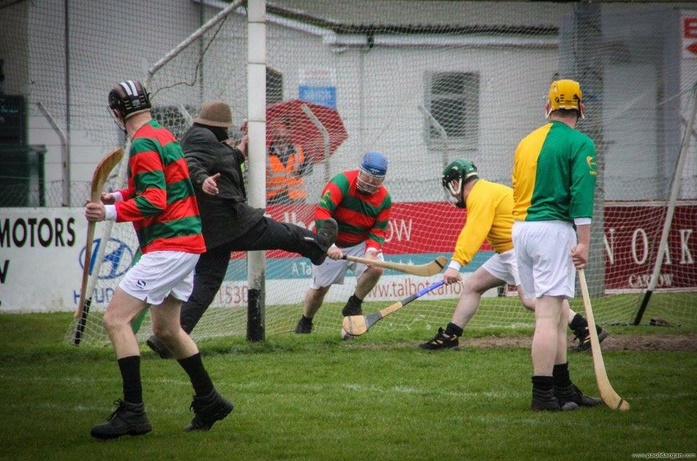 As you may have suspected from the get-up being worn by both sides, however, this was no ordinary game but a re-enactment of the 1916 county hurling and football finals that were played in Dr. Cullen Park yesterday as part of Carlow’s 1916 commemorations.

Back in 1916, Graiguecullen played hurling in Carlow as Carlow-Graigue and over time they ended up playing hurling and football in Laois, as they still do today. 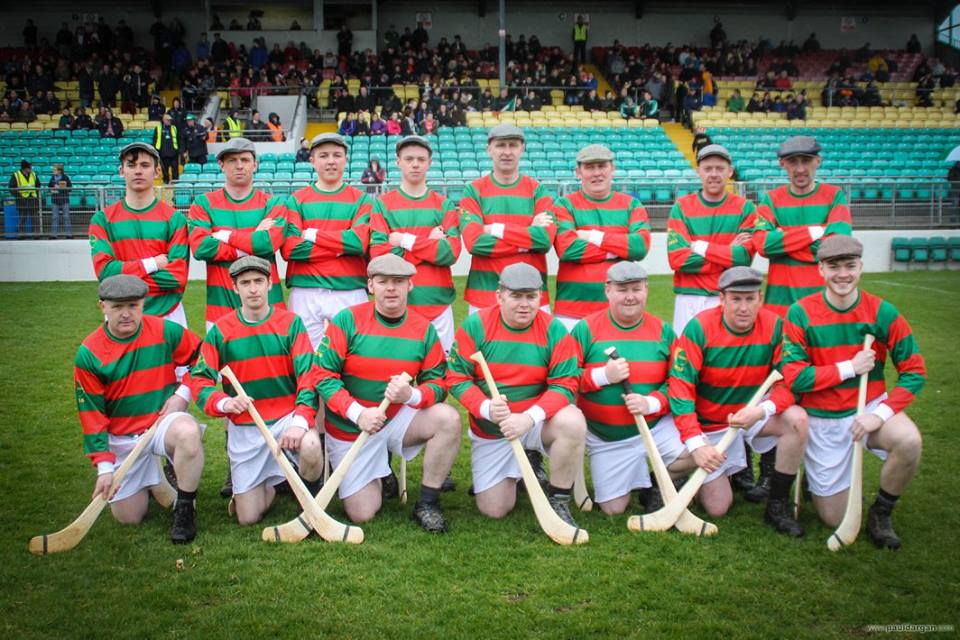 END_OF_DOCUMENT_TOKEN_TO_BE_REPLACED

We’re told that both games were played in a great spirit and nothing was taken too seriously, including the intervention of ‘Chops’ Scully, a well-respected and honourable gentleman with a great passion for the GAA.

You can check out more photos from what sounded like a memorable event on the Graiguecullen GAA Facebook page.

Cheers to Paul Dargan for sending this our way. If you have something you would like to share with us, send it to our WhatsApp number 087-4001102, editorial@JOE.ie or hit us up on Facebook or Twitter.

popular
Amazon Prime Video has just quietly added 15 big movies to its library
QUIZ: Can you guess the pixelated album cover?
An unforgettable sci-fi film is among the movies on TV tonight
Gardaí issue update on investigation into murder of Sophie Toscan du Plantier
Travis Barker rushed to hospital after tweeting "God save me"
Calls for €20 social welfare increase and minimum wage of €13 in new Budget
007 producers provide new update on Bond 26
You may also like
2 days ago
Taoiseach condemns "disturbing" fight at Galway v Armagh game
1 month ago
The 2 Johnnies share unbelievable catfish ordeal affecting over 40 people
1 month ago
Limerick hurler arrested following alleged altercation with Tipperary player in Limerick pub
2 months ago
Woman in her 20s dies after accident during Camogie match
8 months ago
Wicklow GAA to investigate fight after Under 15 match on Saturday
1 year ago
Post-match celebrations and a lack of social distancing at certain events put club game on hold
Next Page