With temperatures dipping below -10, there were a lot of very hardy folks in Michigan to watch the 2014 Winter Classic.

A few years back the NHL hit on the idea of playing a game outdoors every year to a huge crowd. It sounds crazy but it worked and since the first Winter Classic in 2008, the concept has grown bigger and better for the NHL. Played on New Year's Day, Michigan Stadium was this year's host venue, where the Detroit Red Wings and Toronto Maple Leafs faced off in the sixth edition of the showpiece.

But this one was different for two reasons. It was much bigger, and much colder. The record attendance to date was at the first game in 2008, when 71,217 turned up to Ralph Wilson Stadium to watch Pittsburgh beat Buffalo.

END_OF_DOCUMENT_TOKEN_TO_BE_REPLACED

Yesterday, an astonishing 105,491 turned up at the home of University of Michigan football to watch the game, an enormous crowd in any sport. However, that massive crowd turned up in pretty miserable conditions too. With snow falling during the game, the mercury was registering at a brisk -10, while the wind chill made it feel more like -18. That's commitment.

The game ended up in a shootout, which was won by Toronto. 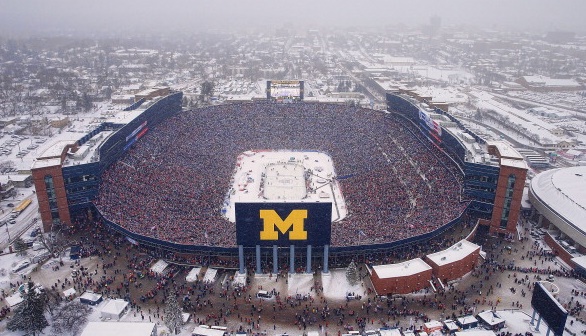 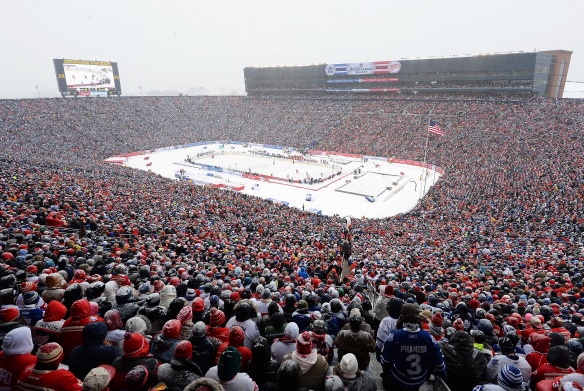 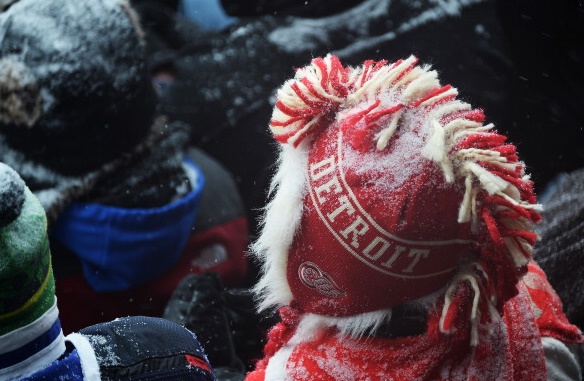 popular
Here's how to make €9-11 on Revolut in just a few minutes
Green Party representative calls for a temporary ban of stag and hen parties in Ireland
Pop Idol star Darius Campbell Danesh has died, aged 41
Off-duty Garda arrested in Tipperary on suspicion of drink driving
QUIZ: You won't be able to correctly guess the meaning of all these words
Woman dies and four others injured after crash in Mayo
Dublin Bus passenger assaulted in suspected homophobic attack
You may also like
7 years ago
Video: Galway lad lands slick trampoline trick shot using an American football
7 years ago
Pic: A very funny mistake in this US newspaper headline should give you a laugh
7 years ago
Video: Irish people watch lacrosse for the first time and explain why it’s nothing like hurling
7 years ago
Pic: WWE’s Triple H plans to eat this mountain of food over 3 days
7 years ago
Video: College footballer performs 40-inch box jump while holding two 32kg dumbbells
7 years ago
Video: The latest People Are Awesome compilation features some unbelievably talented kids
Next Page