PICS: An amazing gesture from Pauric Mahony to the fan who consoled him after Kilkenny defeat

Sheer class from the Waterford man.

It’s probably the sporting photo of the year.

On Saturday night in Thurles, Waterford’s Pauric Mahony was slumped onto the ground, distraught following defeat to Kilkenny in an epic All-Ireland semi-final replay.

END_OF_DOCUMENT_TOKEN_TO_BE_REPLACED

Mahony, whose last-minute attempt at an equaliser from a long-range free was grabbed from over the crossbar by Kilkenny goalkeeper Eoin Murphy, was understandably heartbroken under the circumstances.

Immediately after the final whistle, a fan in a Kilkenny jersey rushed towards Murphy in an attempt to provide some consolation, a lovely sight and an illustration of what sport is all about. 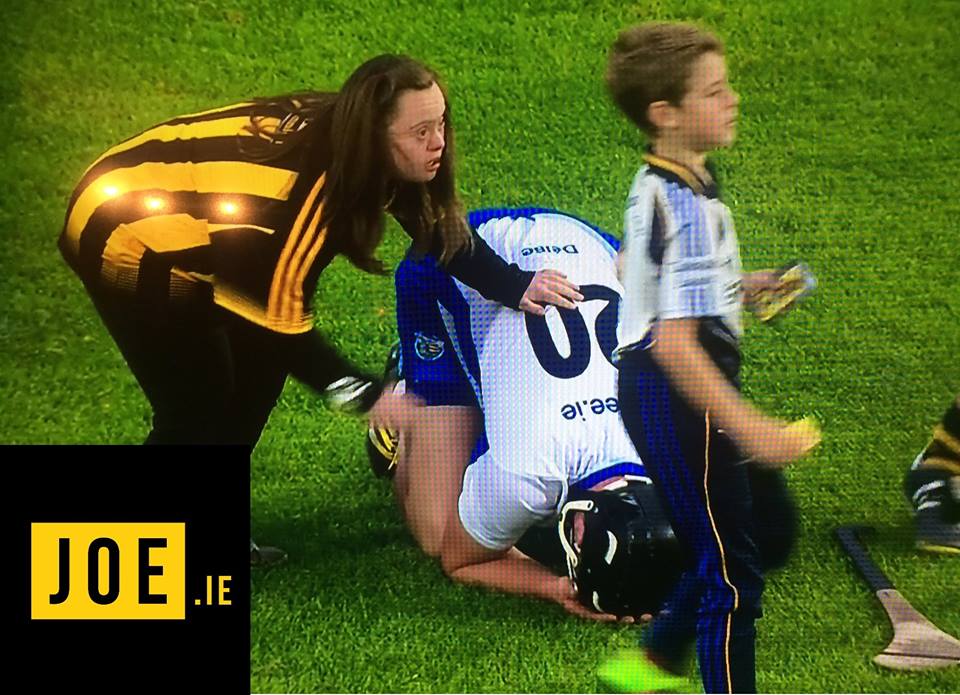 The fan has since been revealed as Jennifer Malone and on Tuesday evening, her mother Donna revealed that Jennifer was presented with the jersey worn by Mahony on Saturday and a framed version of the photo, which was signed by Mahony himself.

If that gesture was good, then Jennifer’s day was truly made when she received a surprise phone call from her hero, Henry Shefflin, when her mother Donna spoke to John Masterson on KCLR Live on Tuesday afternoon about one of the best sporting images you’ll ever come across.

On a day that saw Michael Conlan exit the Olympics in extremely controversial circumstances, something like this is enough to restore one’s faith in sport.

The Big Reviewski || JOE · Cartoon Saloon's Tomm Moore & Ross Stewart on their incredible new film Wolfwalkers
popular
9 weird and wonderful Irish Christmas traditions we absolutely love
The JOE Friday Pub Quiz: Week 220
The JOE Movie Quiz: Week 80
The JOE Music Quiz: Week 36
Harry Styles hits back at critics who told him to be more 'manly'
Status Yellow snow warning issued for five counties
The 50 most iconic songs of all time* have been revealed
You may also like
2 months ago
Post-match celebrations and a lack of social distancing at certain events put club game on hold
2 months ago
Cork GAA pleads with clubs and supporters “not to engage in celebrations that breach current guidelines”
5 months ago
What's the Bronco test and why it may come up in conversation this week
7 months ago
The Andy Moran GAA Isolation Workout
8 months ago
SuperValu, Centra and the GAA team up on initiative to support elderly people
8 months ago
Meath GAA club confirm adult player has tested positive for coronavirus
Next Page