It was a rare show of emotion from the champion as he claimed yet another milestone aboard Mountain Tunes at Towcester today.

It was very fitting that such an historic moment came in such a way. After keeping us waiting for a day or two, AP McCoy rode his 4,000th winner this afternoon, at the less than glamourous surrounds of a novice hurdle race at Towcester.

That he did aboard a horse owned by his chief patron JP McManus and trained by the great Jonjo O'Neill made it even more special and JP was making sure everyone there will have a good day.

JP McManus is buying everybody at Towcester a celebratory drink, via @claimsfive

Here's some great shots from the afternoon; 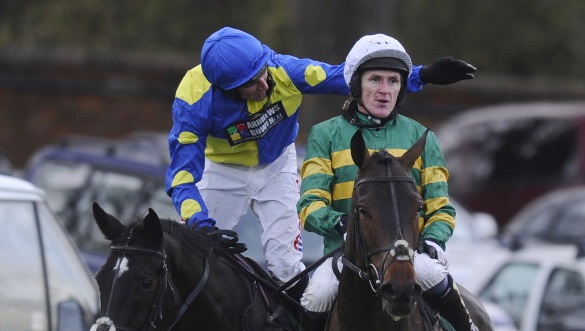 Stunned after the race with Harry Skelton passing on his congrats 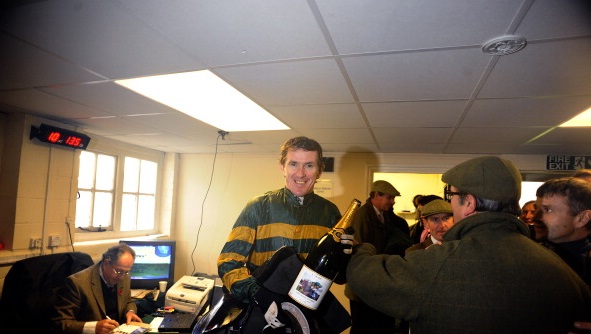 Some champagne in the weigh room 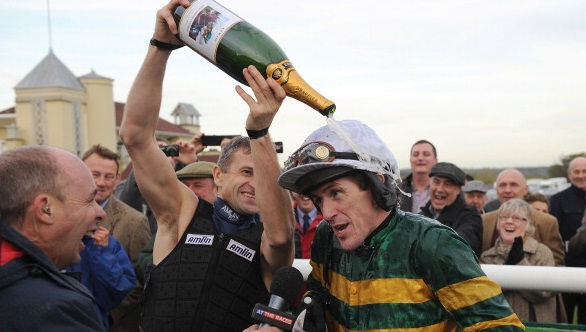 Andrew Thornton making fine use of that champagne 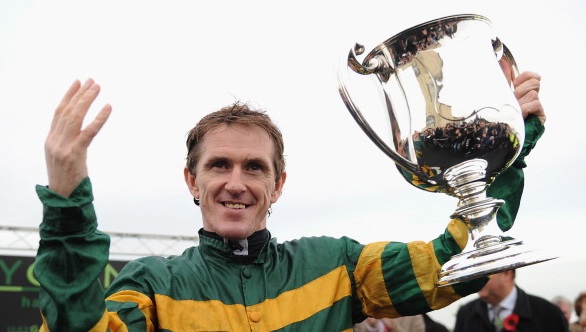 To the victor the spoils

popular
Eurovision producers reveal "irregular voting patterns" during Saturday night's final
One of Liam Neeson's best ever performances is among the movies on TV tonight
QUIZ: Try out one of our trickiest General Knowledge Quizzes yet
Where will 2023's Eurovision be held if Ukraine can't host?
QUIZ: Can you name the disaster movie from a single image from each disaster
One of the longest lunar eclipses of the decade will be visible in Ireland tonight
REVIEW: Van Gogh Dublin is a truly unique cultural experience
You may also like
4 years ago
WATCH: Michael O’Leary announces free bar on Ryanair flight to Dublin on return from Grand National
4 years ago
COMPETITION: Win 2 tickets to the Darley Irish Oaks and an amazing lunch in the Champagne Bar
4 years ago
Get dressed up, have a bet and enjoy the racing at the SportsJOE Derby Friday at the Curragh
6 years ago
Of course there's now a racehorse called Horsey McHorseface
6 years ago
Racing legends reveal the huge amount of money their celebrity hurling match has raised for cancer research
6 years ago
Video: The trailer for the new AP McCoy documentary looks stunning
Next Page