The gas thing is he didn't have to put his hand in his pocket...

He looks happy doesn't he and why wouldn't Giancarlo be happy when he's drinking out of a $20,000 bottle of champagne. 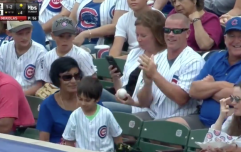 END_OF_DOCUMENT_TOKEN_TO_BE_REPLACED

You'd think with all that money in his account, even minus the credit union direct debit, he'd have enough left over to treat all his friends.

But the crazy thing about it is that Stanton didn't even buy the bottle of champagne. A Miami party girl named Julz footed the bill. Here's what Julz looks like. 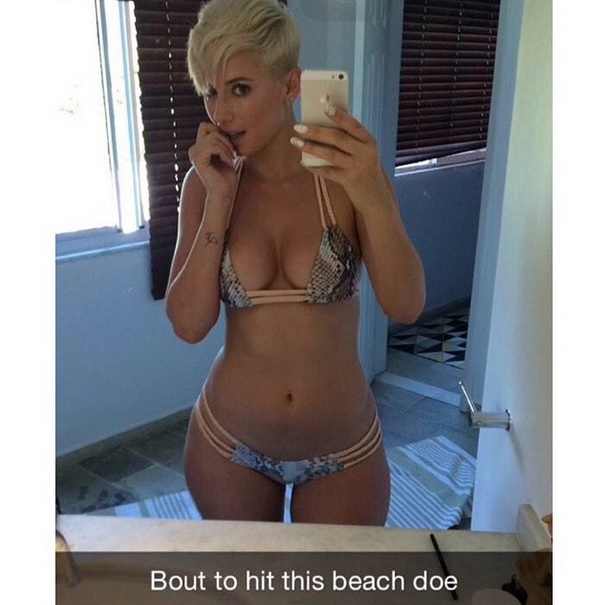 We complain here in JOE when we end up paying more than a fiver for a pint so we'll be avoiding getting into a round with Giancarlo and Julz any time soon.

Why is it that the richer people get, the less it seems they have to pay for stuff. They have loads of money, let them pay. It's a funny world.

Image via Julz's Instagram and a hat-tip to TMZ.

popular
One of Keanu Reeves' best movies has just been added to Netflix
"Clear as daylight" that unvaccinated people are a risk to themselves and others - Taoiseach
Met Éireann issues Orange weather warnings for five counties ahead of Storm Barra
QUIZ: Do you reckon you can get 15/15 in this General Knowledge Quiz
A terrific crime thriller is among the movies on TV tonight
The JOE Movie Quiz: Week 131
QUIZ: Can you get full marks in this General Knowledge Quiz?
You may also like
2 years ago
WATCH: Major League Baseball player visibly shaken after he struck a child with a ball
5 years ago
PIC: Absolute hero in stands saves a boy from being smacked by a flying baseball bat
6 years ago
VIDEO: Kid gets hiccups singing the national anthem but still produces a great performance
6 years ago
VIDEO: Incredible scenes as baseball player attacks his teammate in the dugout
6 years ago
Video: An American TV channel were obsessed with these Irish people at a baseball game
10 months ago
Major upside to Ireland's Six Nations challenge that should make all the difference
Next Page