Pics: How the UFC and Conor McGregor treated a young Irish cancer sufferer like a king in Boston

Fair play to everyone who made this happen.

UFC Fight Night in Boston was a special occasion for Conor McGregor, Cathal Pendred and Paddy Holohan who all won their respective fights.

It's was also a night to remember for a young man from Dublin called Jay Mooney.

Jay is an incredible character, he was named Ireland's Young Carer of the Year in 2014 as recognition for the care he's provided his mother since his was very young. 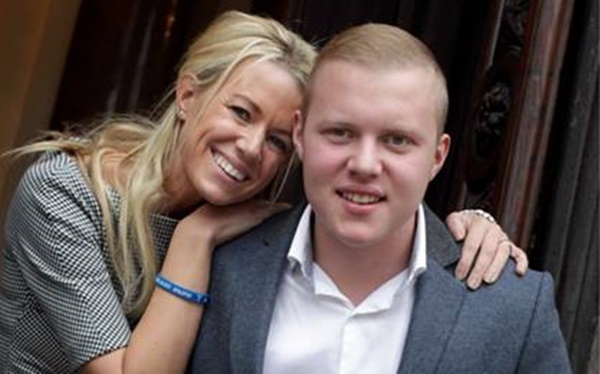 END_OF_DOCUMENT_TOKEN_TO_BE_REPLACED

Jay's mom Sabrina had Meningitis at 19 and suffered a stroke, she was then diagnosed with Epilepsy shortly after Jamie was born.

Jay looked after her through her seizures, as well as helping Sabrina with his younger sister Lexie while his dad was at work.

END_OF_DOCUMENT_TOKEN_TO_BE_REPLACED

Things took a turn last July when Jay was diagnosed with Hodgkin’s Lymphoma. The 17-year-old had been undergoing intense Chemotherapy up until Christmas to fight the cancer.

Jay's dad wanted to do something special for his amazing son, and he pulled out all the stops by organising a trip for Jay to UFC Fight Night in Boston.

Here's how Jay got on. 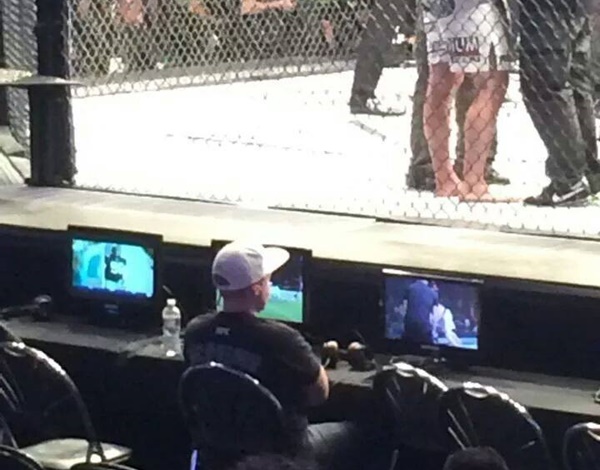 UFC President Dana White gave Jay his seat for the night. The best seat in the house. 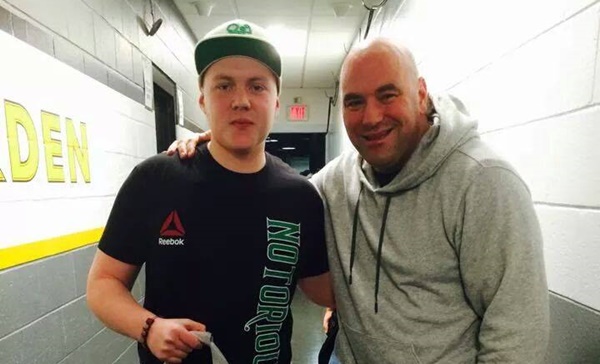 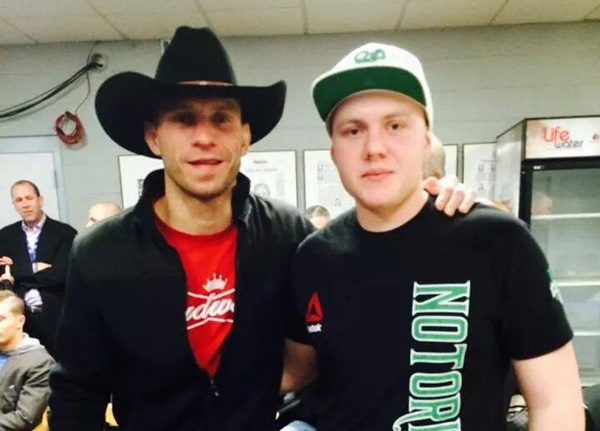 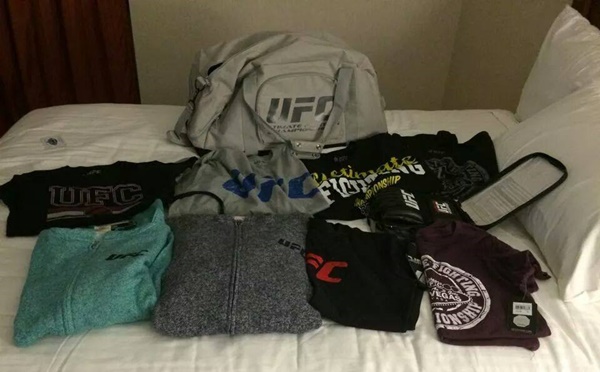 Some free gear from the UFC 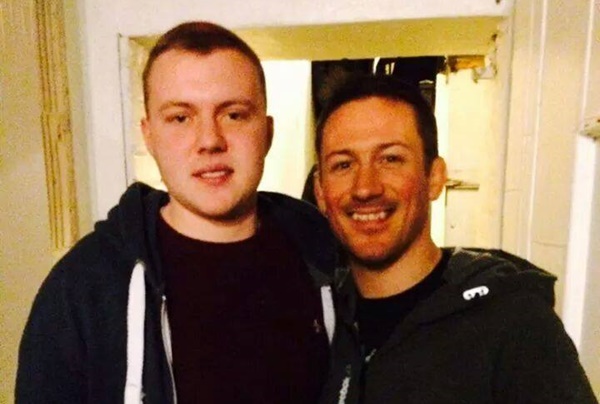 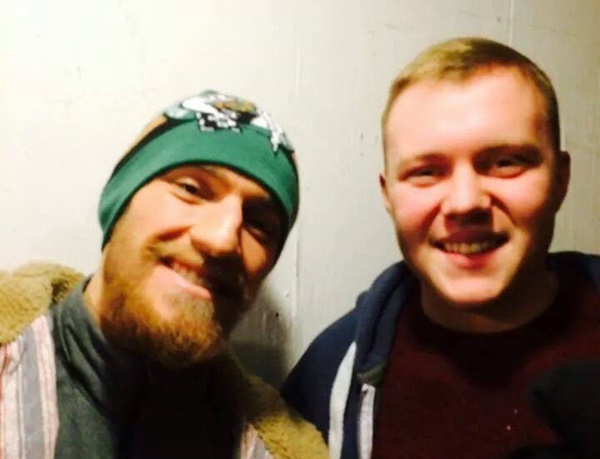 The Notorious and Jay backstage 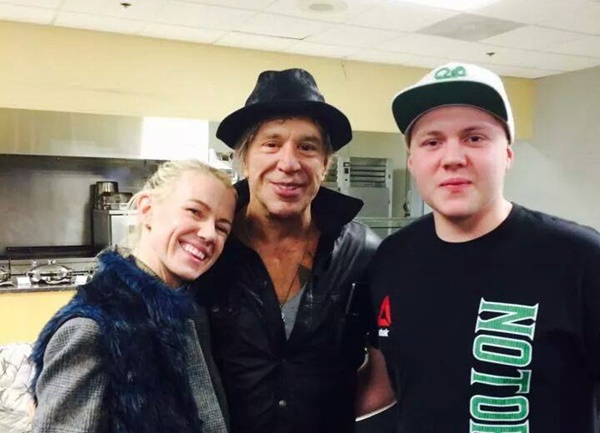 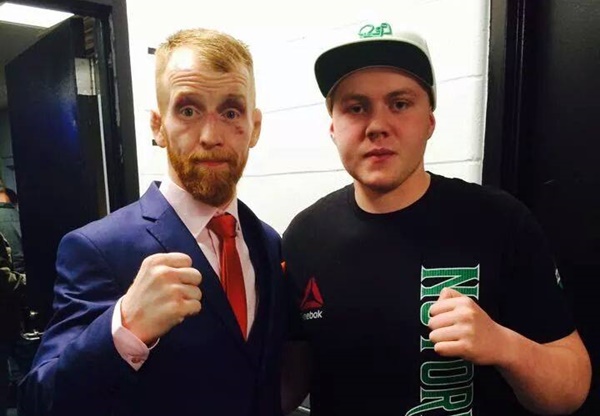 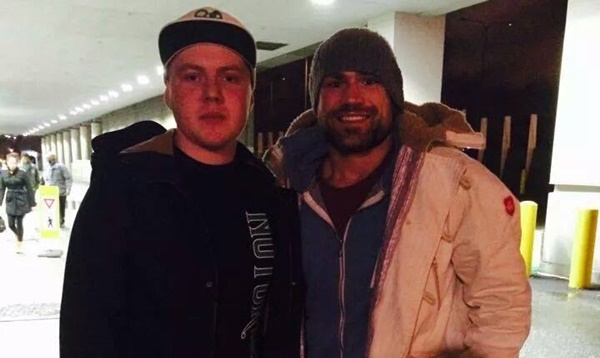 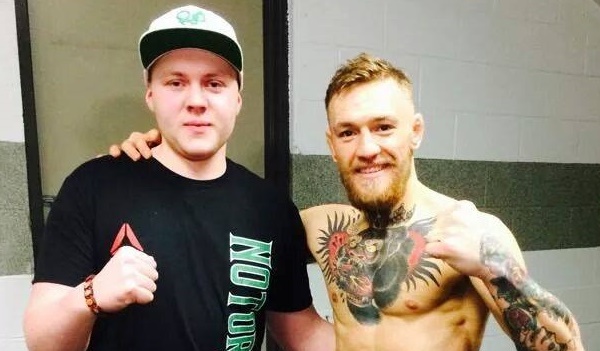 Jay and Conor McGregor after his win over Dennis Siver.

What an amazing night for Jay.

Fair play to his dad for organising it all, and to the UFC and the Irish fighters for treating Jay like a king. Rightly so.

Cheers to Jay's mate Mark Grundy who got in touch with us about the story.

popular
Cancer campaigner Deborah James passes away aged 40
Met Éireann issues Status Yellow rain warnings for five counties
Calls for €20 social welfare increase and minimum wage of €13 in new Budget
16 brand new apprenticeship programmes launched to meet target of 10,000 apprenticeships by 2025
Wheelchair user dies after falling into the water at Dún Laoghaire pier
Amazon Prime Video has just quietly added 15 big movies to its library
WATCH: Colin Farrell could be up for an Oscar in true-life thriller Thirteen Lives
You may also like
2 years ago
Conor McGregor responds to Paschal Donohoe’s calls to encourage social distancing amongst Irish public
2 years ago
"I was in the wrong" - Conor McGregor apologises over incident in Dublin pub
3 years ago
Charges dropped in Conor McGregor phone-smashing case
3 years ago
WATCH: New footage released of Conor McGregor allegedly smashing fan's phone in Miami
3 years ago
Leo Varadkar and Conor McGregor lead the way in Chicago St. Patrick's Day parade
3 years ago
Conor McGregor and Nate Diaz have once again teased a third fight between the two
Next Page