Oh Ruby, how did this manage to happen?

Ruby Walsh is one of the most successful jockeys ever and when he relinquishes the reins, the 11 time champion national hunt jockey will rightly go down in history.

But on social media today, poor Ruby is having a bit of a mare... see what we did there? 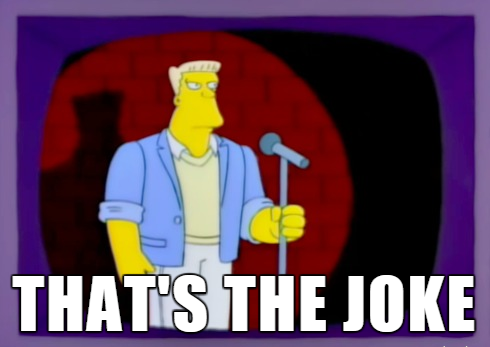 Some sort of tech wizard managed to cast a spell on his Twitter account and started tweeting out some rather sultry messages.

One which Ruby was certainly not behind... well we're pretty sure he wasn't. 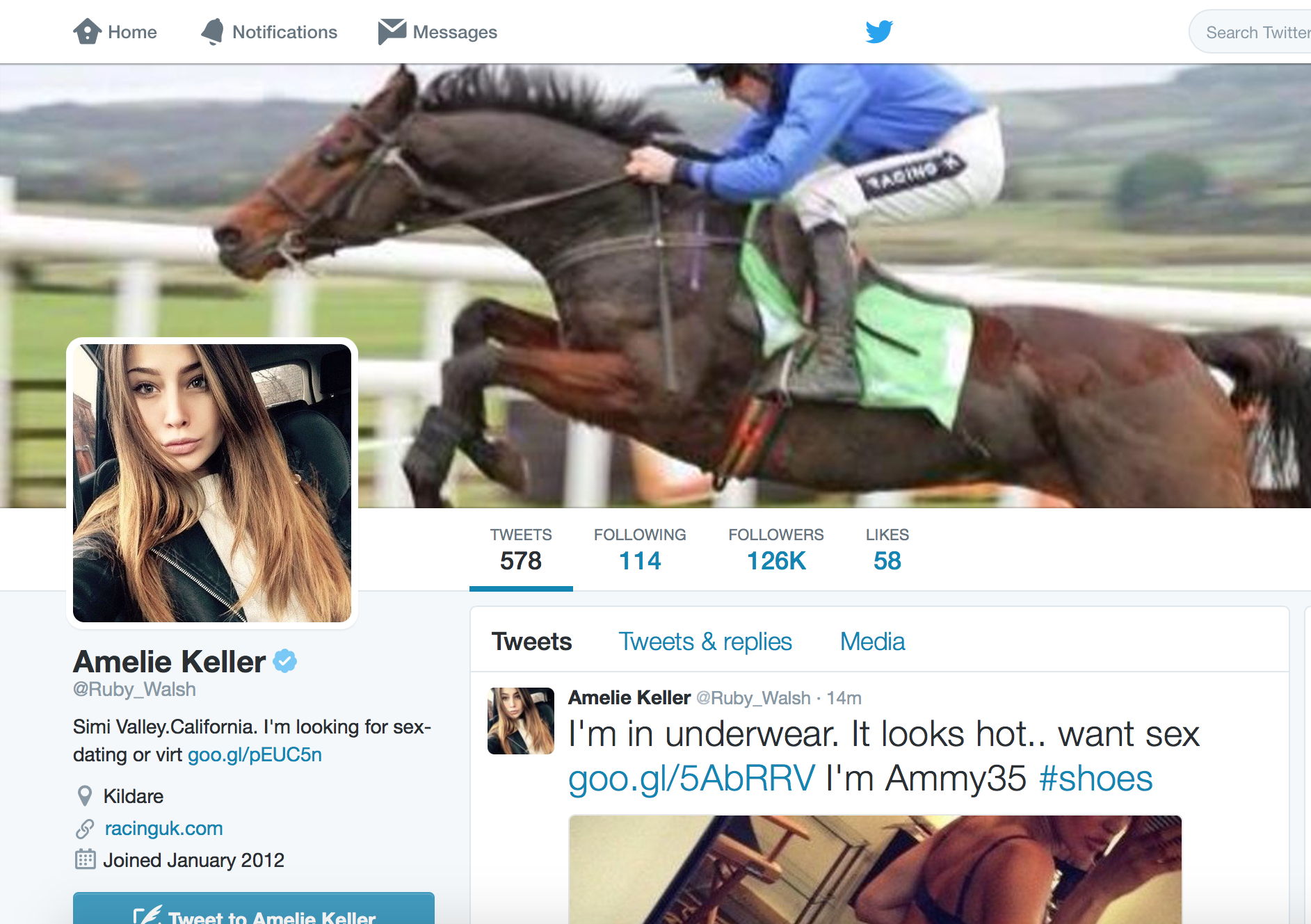 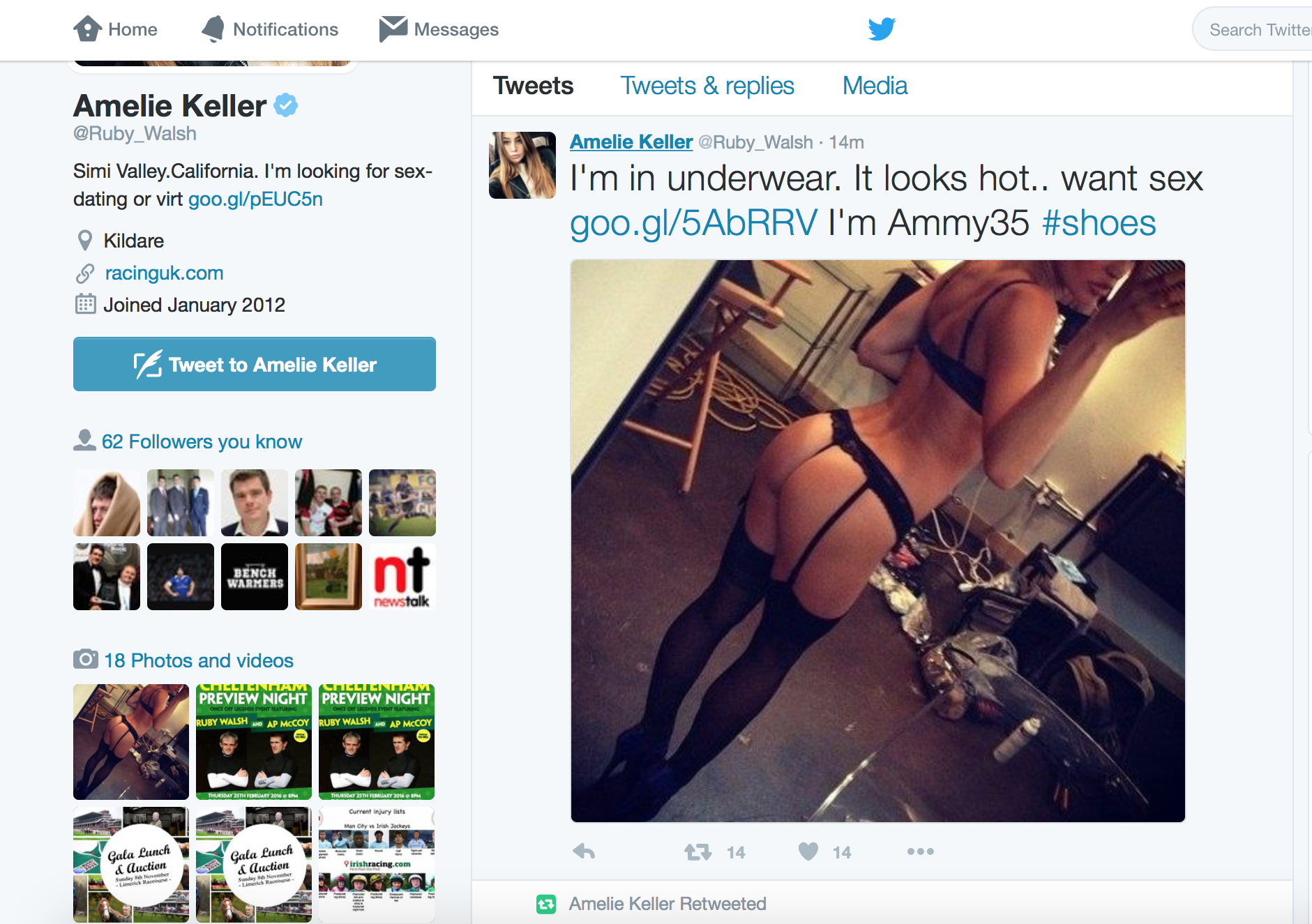 Ruby needed some help from the Twitterati to try and expel this demon from his social media.

Luckily, Ruby managed to wrestle back control of his Twitter account and the day was saved thanks to some helpful followers. 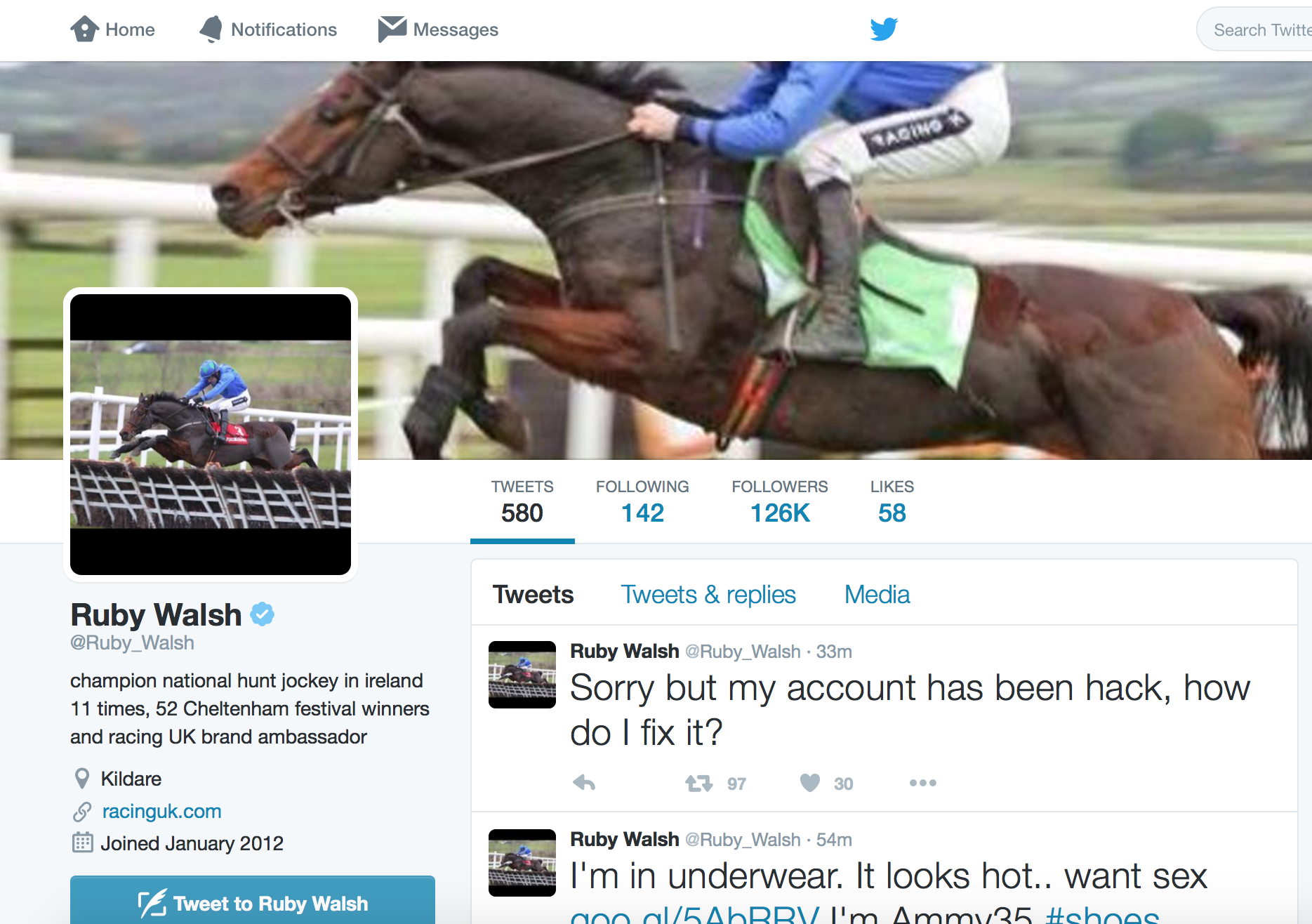 Those bots on Twitter can be right little divils. These days we keep getting followed by accounts claiming they can make us ripped... seems legit.

popular
One of Keanu Reeves' best movies has just been added to Netflix
QUIZ: Can you get full marks in this General Knowledge Quiz?
The 50 most iconic songs of all time* have been revealed
Just in time for Christmas, all eight Harry Potter movies are now available to stream at home
QUIZ: Can you get 20/20 in this desperately tricky capital cities quiz?
QUIZ: Can you get 12/12 in this snappy General Knowledge quiz?
A great underseen thriller is among the movies on TV tonight
You may also like
5 days ago
Twitter CEO Jack Dorsey officially resigns from the company
1 week ago
Ryanair's "virtue signalling" claims are indicative of Ireland's view on the Irish language
1 week ago
Who tweeted it: Simu Liu or Rahul Kohli?
3 weeks ago
Twitter have introduced an "edit tweet" option... but there's a catch
1 month ago
Priest blesses local nightclub in the most Donegal thing imaginable
2 months ago
Garth Brooks might be returning to Ireland, and people have a lot to say about it
Next Page