Warning: This is not for the squeamish.

Sunday marked the first weekend of action of 2017 in the Tipperary Southern and District League and it proved to be a particularly painful return to action for Steve McGrath of Kilsheelan United.

Within the first minute of Kilsheelan’s clash away to Rosegreen, Steve suffered a very-painful looking dislocation of his right knee on what he himself describes as “the finest Irish Sunday League sod”.

Steve sent us in pictures of the injury in the immediate aftermath and readers should be warned that they are not at all pretty. 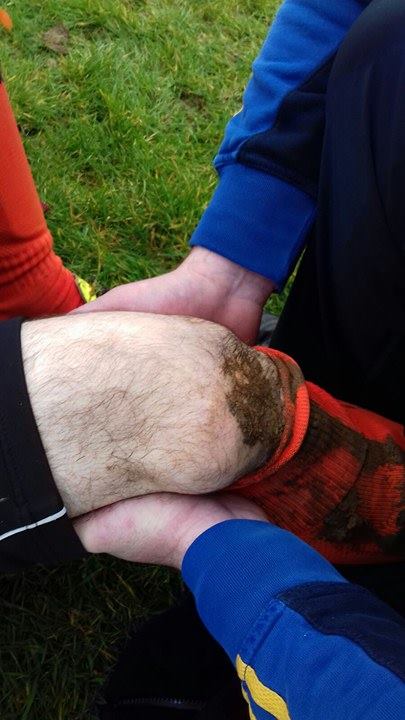 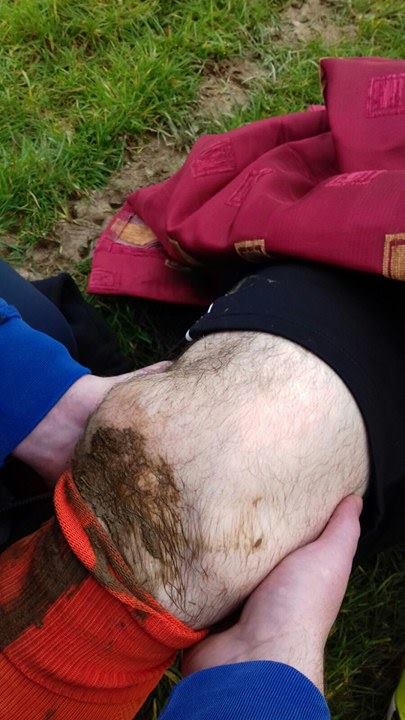 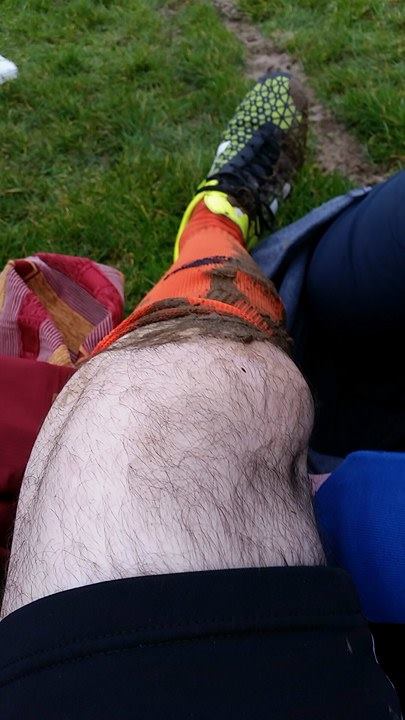 Obviously, Steve’s teammates were concerned to see him in a state of distress, so much so that they decided the best course of action was to gather around him and smile for a photo while Steve lay prone on the turf. 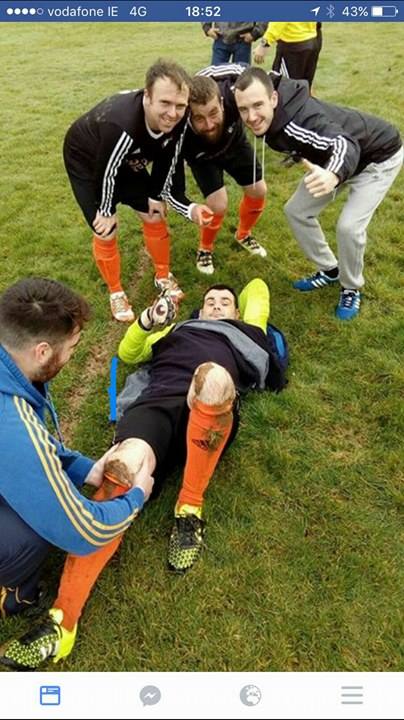 From left in rear of photograph: "Nuggie" Noonan, Eddie Sweeney and Barry Cloona. The man treating Steve on the ground is Alex Harte.

Steve tells us that the ambulance arrived within 30 minutes of him getting injured and after providing him with some oxygen, they had the knee popped back into place in no time.

END_OF_DOCUMENT_TOKEN_TO_BE_REPLACED

Steve will have the knee assessed in hospital on Thursday, but reckons he’s looking at 8-10 weeks on the sidelines, not a bad timeframe considering the shape of his knee in the pictures above.

Cheers to Steve McGrath for sending this our way. Got a story for JOE? Hit us up on Facebook or Twitter, send it to our WhatsApp number 087-4001102 or mail editorial@JOE.ie.

popular
The "eighth best movie ever made" is among the movies on TV tonight
Jennifer Lawrence sparks controversy by saying she was the first woman to lead an action movie
One of the best films of all time is among the movies on TV tonight
The start of the superhero takeover of Hollywood is among the movies on TV tonight
QUIZ: JOE’s Big News Of The Day Quiz #27
Met Éireann updates weather warning for entire country as temperatures set to fall to -6
Mia Khalifa claims seaside town is better than Miami
You may also like
6 days ago
The JOE Friday Pub Quiz: Week 323
1 week ago
Japan fans explain why they clean up after World Cup matches
1 week ago
The JOE Friday Pub Quiz: Week 322
2 weeks ago
Japan supporters clean up rubbish following famous win over Germany
2 weeks ago
ITV football pundit Nadia Nadim heartbroken as mother killed by a truck
2 weeks ago
Non-league side make approach for 37-year-old free agent after World Cup
Next Page