Pics: Some of the most gruesome ice-hockey injuries of all time [Warning: Graphic content]

Yep, safe to say ice-hockey is not a sport for the faint-hearted.

We at JOE love a good ol' ice-hockey injury. And after ice-hockey player Christian Ehrhoff tweeted a picture of his ear after being sliced open by a puck at the weekend we decided to gather together all the best/worst ice-hockey injuries we could find. We should warn you, they're not pretty.

Christian Ehrhoff of the Sabres took to Twitter to share a few photos of his ear after a puck cut it open in the Buffalo's game against the Flyers.

At least he gave a warning, but yeah, Ehrhoff's ear is pretty disgusting. 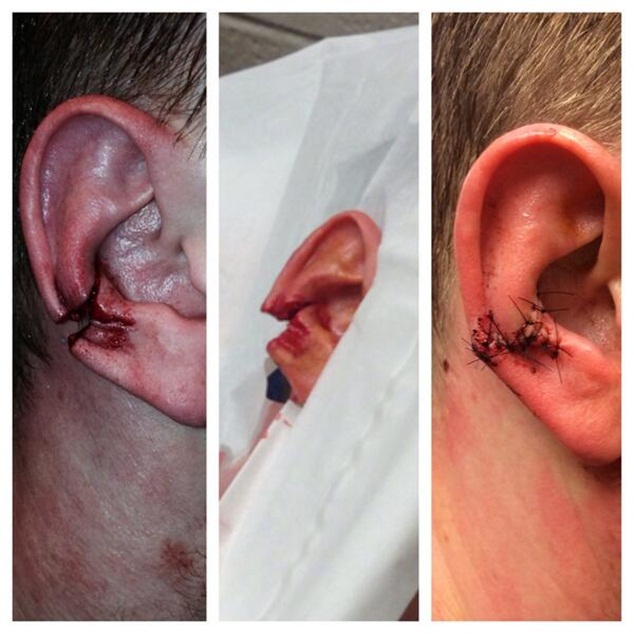 Dislocated fingers are part and parcel of all contact sports but we haven't seen many worse than the one belonging to Adam Burish of the San Jose Sharks after he blocked a shot in a clash against the Edmonton Oilers... 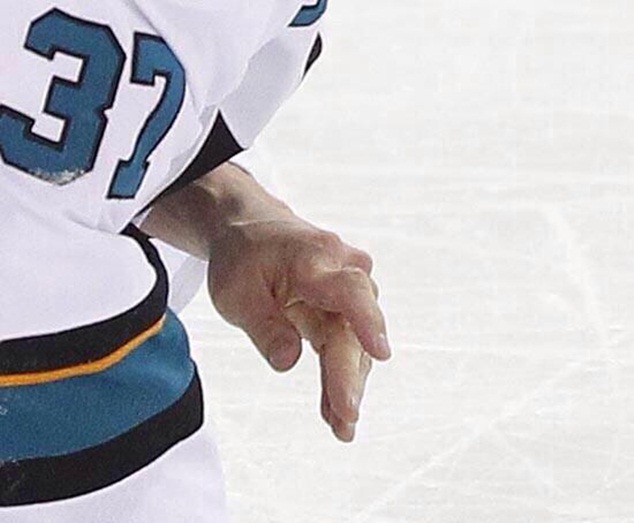 END_OF_DOCUMENT_TOKEN_TO_BE_REPLACED

Ice-hockey is renowned as a tough sport and if you’re going to play it you should be prepared for bumps, bruises and sometimes a little more than that.

Because every player wears extremely sharp blades on their feet, there’s always a risk of players sustaining pretty nasty gashes and they don’t come any nastier than the one sustained by Sebastien Courcelles, who plays for Thetford-Mines Isothermic in a minor league in Quebec in Canada. 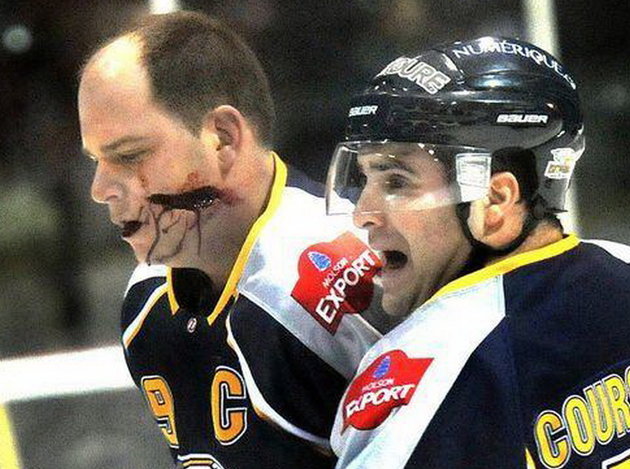 END_OF_DOCUMENT_TOKEN_TO_BE_REPLACED

Another victim of ice-hockey's more gruesome side is Mitch Callahan of the Grand Rapids Griffins, whose mouth, teeth and lips all took a bit of a battering after he was hit in the face by a shot from his own teammate in a clash against the Iowa Wild just last week. 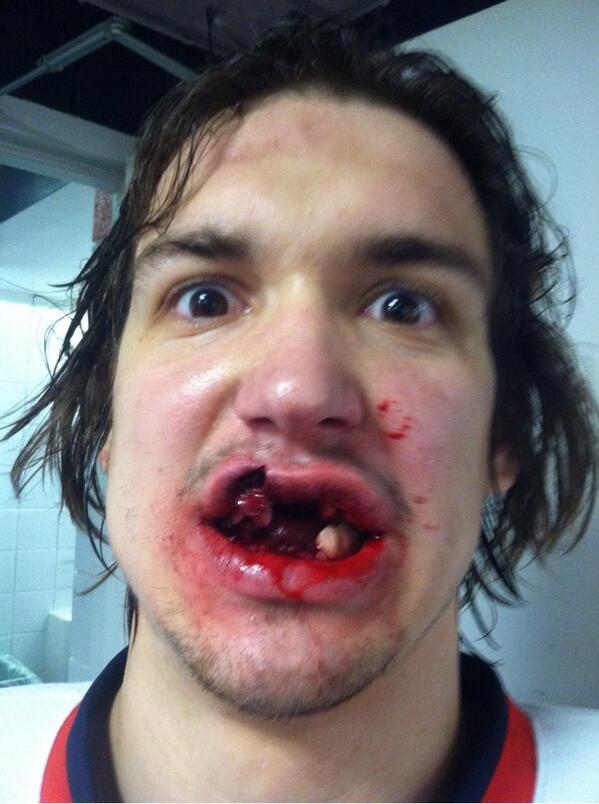 As we mentioned, with every player equipped with two razor sharp blades on their feet a nasty injury is only a slip away. 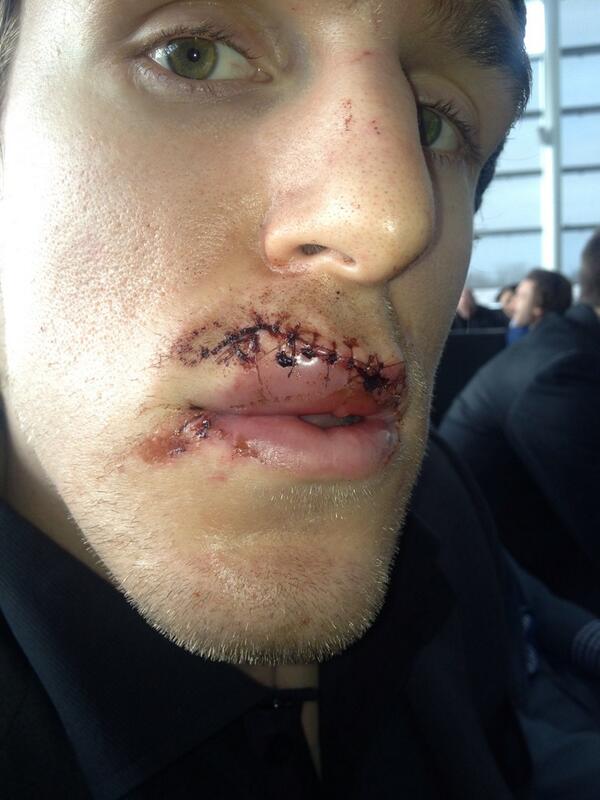 popular
5 years ago, Hollywood took a massive gamble on a huge sequel... and lost big time
Netflix has just added 12 very big movies to their library
One of the most underrated crime thrillers of recent years is among the movies on TV tonight
Tom Hardy set to play Hannibal Lecter-type serial killer in new series
Netflix backtracks on anti-password sharing measures following user outcry
Guy Ritchie's new war movie looks like it'll be a very emotional watch
The 50 most iconic songs of all time* have been revealed
You may also like
7 years ago
Video: Galway lad lands slick trampoline trick shot using an American football
7 years ago
Video: Irish people watch lacrosse for the first time and explain why it’s nothing like hurling
7 years ago
Pic: WWE’s Triple H plans to eat this mountain of food over 3 days
7 years ago
Video: College footballer performs 40-inch box jump while holding two 32kg dumbbells
7 years ago
Video: The latest People Are Awesome compilation features some unbelievably talented kids
7 years ago
Deceased coach wills $200 to all of his former players to enjoy a night out
Next Page