Pics: Two Irish men blagged their way into the Super Bowl and got free seats worth $25,000

Richard Whelan. We salute you.

The world was glued to the Super Bowl last night and we think that it's safe to say there was a fair few 'tender' heads around Ireland this morning.

The only thing that's better than seeing a brilliant sporting event in the flesh, is managing to see it for for free, which is why we love this story that was sent into us by JOE reader Richard Whelan.

Richard and his friend decided to fly over to Arizona without a ticket for the match, chance their arm and buy one off a tout if they could. 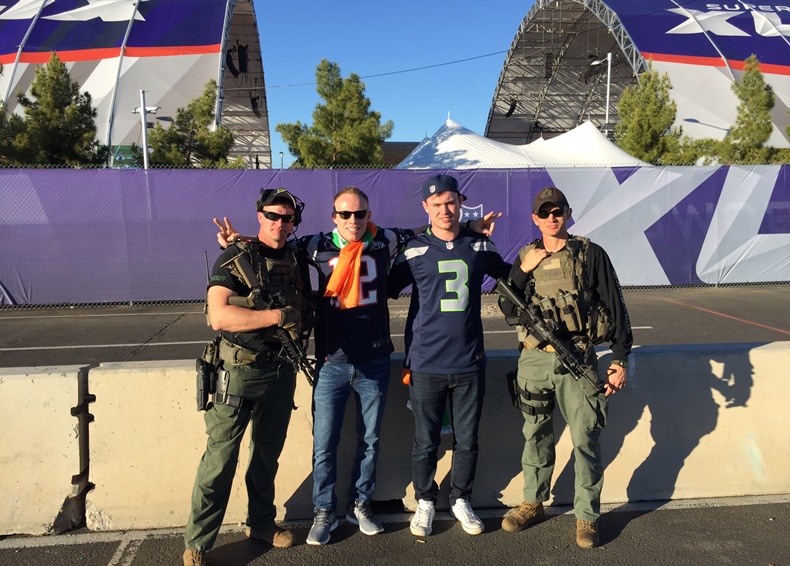 END_OF_DOCUMENT_TOKEN_TO_BE_REPLACED

Richard told us that, "originally I thought that I'd be able to buy a ticket in Ireland because I got my ticket for last year's Super Bowl on the Friday before the match for $1,500, but this year the prices skyrocketed to over $7k for the cheapest ticket!"

The two lads were desperately searching for that elusive 'golden ticket' for the showpiece event, but rather than wait around, the two men did the best thing possible. 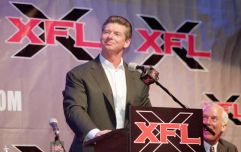 END_OF_DOCUMENT_TOKEN_TO_BE_REPLACED

They plucked up the  cheek to chance their arm and walked through the front-door without security even noticing them.

Richard says, "we snuck into the Super Bowl straight through the front door! It was absolutely insane. Tough loss for the hawks but great experience. Ended up in 4th row in seats that were worth $25,000 each, sitting next to Lawyer Milloy, one of the best safeties that played for the Pats. Unreal stuff! 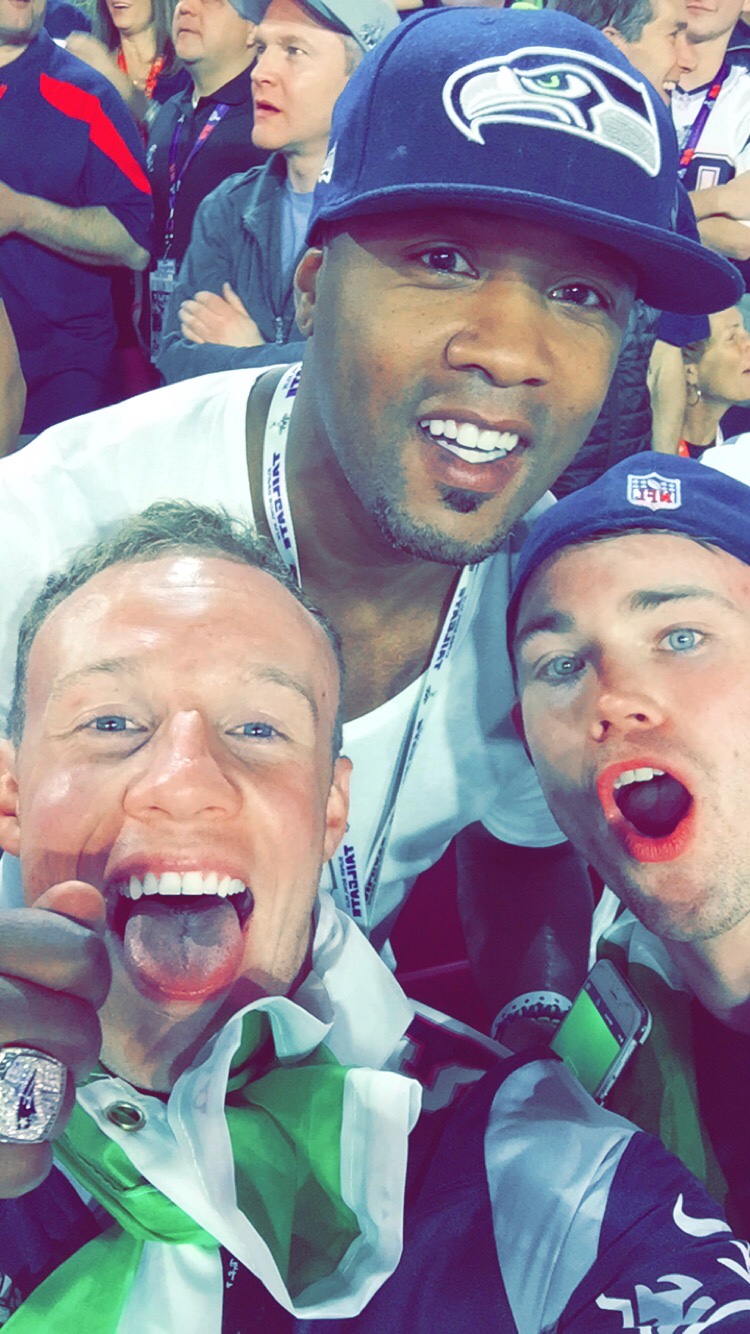 If that wasn't impressive enough then you should know the lads are local celebrities now because Newscorp thought the story about two Irishmen flying over was gas and they interviewed them for local TV.

Here's a few more of their brilliant pictures. Fair play to them, pair of chancers. 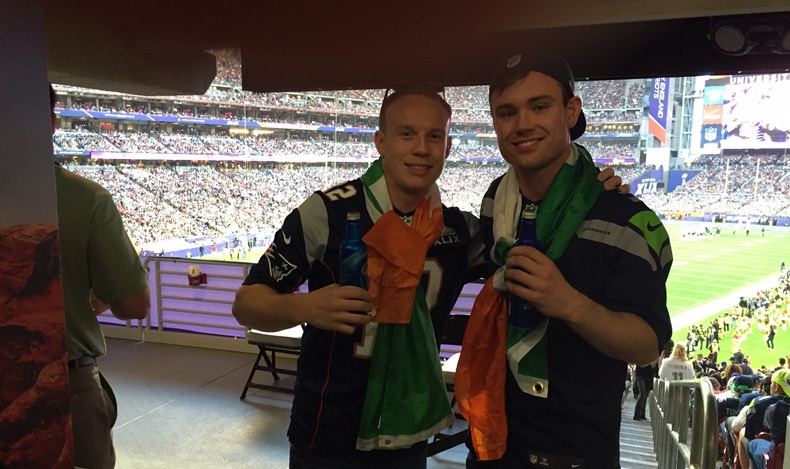 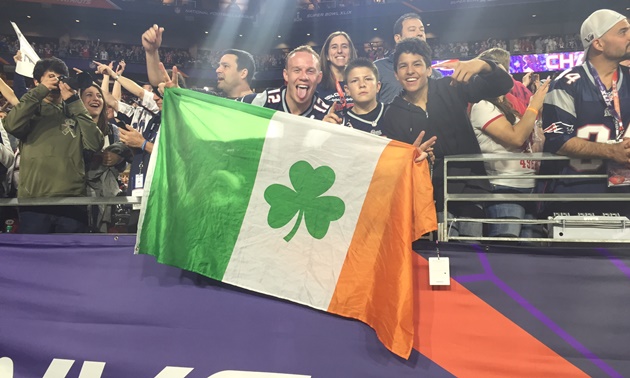 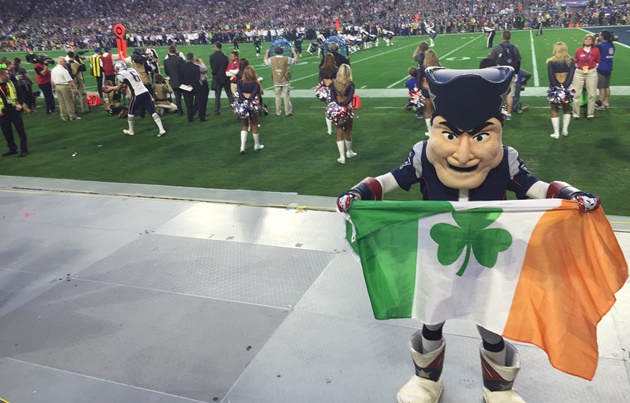 popular
Wrestling legend Hulk Hogan 'paralysed from the waist down'
Omniplex Cinemas are hiring for an awesome and very rare job
Police special operations unit seize mother's e-scooter after she took child to school on it
Prime Video has just added one of the best dramas of the last decade
Richard Madeley apologises after calling Sam Smith 'he' and bungling guest's pronouns
An extremely tense true crime drama is among the movies on TV tonight
The Last Of Us Episode Three is one of the greatest hours of TV ever made
You may also like
9 months ago
COMPETITION: WIN a pair of tickets to an American Football game in the Aviva Stadium
4 years ago
Maroon 5 finally recruit support acts for their Super Bowl half time show
4 years ago
This Irishman saves millions paid to injured players for the world's biggest teams
5 years ago
Here's every game mode available in the new Madden NFL 18
5 years ago
Top 10 best plays in the Super Bowl ever
6 years ago
28-year old former NFL player shot dead in the US
Next Page