Put 'Em Under Pressure: A JOE documentary on the song that defined Italia '90 (Part 1)

One of the greatest Irish songs ever.

Today (June 11) marks the 25th anniversary of Ireland's meeting with England - the start of our Italia '90.

The tournament is one of the highlights in the history of Irish sport and we wanted to do something to celebrate the occasion.

There were so many factors involved in creating the magic of that tournament and right in the middle was the song Put 'Em Under Pressure. 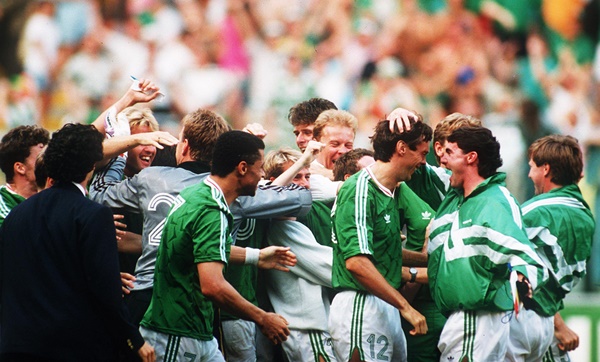 END_OF_DOCUMENT_TOKEN_TO_BE_REPLACED

It's the best football song ever so we wanted to look closer at it's impact in 1990 and the connection Irish people have with it.

Our first port of call was a Dublin pub that was one of the places to be during the tournament, watch part 1 of our documentary here.