12 reasons why Henrik Larsson is a Celtic and Barcelona god

Irish football fans are in for a treat when Celtic and Barcelona meet in the International Champions Cup at the Aviva on Saturday. You can get tickets here and we've no doubt that all eyes will be on the the marque meeting between two of Europe's biggest sides and with this in mind, we've decided to honour one player who's still adored by both sets of supporters.

Ladies and gents, there's only one Henrik Larsson. 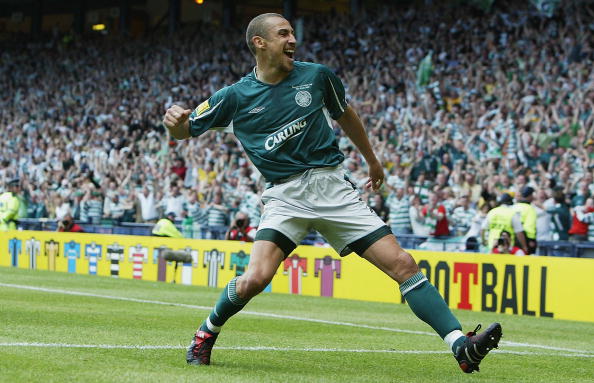 2) Preserving the nine in a row record

END_OF_DOCUMENT_TOKEN_TO_BE_REPLACED

When the Swede moved to Parkhead, there was no denying that Ranger were the top dogs in Glasgow. Wim Jansen was hired with one specific target in mind, win the league and prevent a supremely talented Rangers side from breaking Celtic's record.

Despite a rocky start to his Celtic career, Larsson scored 18 goals in all competitions and ended the season as the club's top scorer. The Bhoys lifted the Scottish League Cup after beating Dundee United, but more importantly, Celtic regained the title. 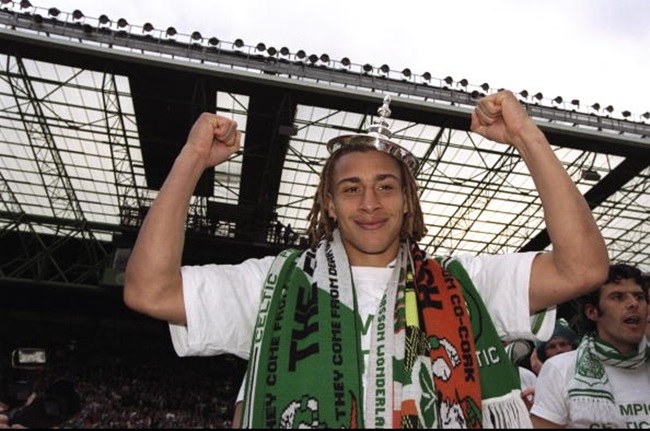 3) That partnership with Lubo

END_OF_DOCUMENT_TOKEN_TO_BE_REPLACED

4) A lion from Lyon tragedy

Larsson suffered the cruellest of leg breaks during Celtic's UEFA Cup match in '99 and he ultimately ended up missing 8 months due to the horrific injury. He wouldn't let this deter him though as he came back stronger than ever. 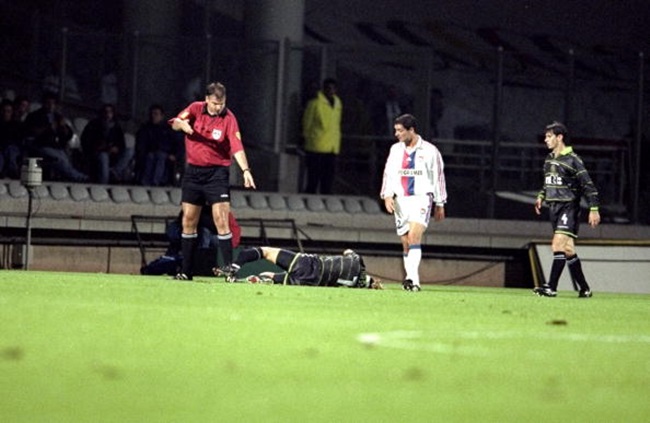 5) Martin O'Neill and the treble

Vengloš, Barnes and Dalglish couldn't wrestle the title back from Rangers, but Irishman Martin O'Neill's arrival in Glasgow definitely saw the balance of power swing towards Celtic Park.

35 league goals in 38 league games helped the Swede win the golden shoe, but that paled in comparison to a memorable treble for the Bhoys.

Anyone remember this goal in the 6-2 win against Rangers?

Football philistines always had one lingering question about Larsson's career with Celtic. Lazy fans of the beautiful game would remark that, "yeah, Larsson's good. But he's only playing in Scotland".

That ridiculous argument was definitively answered during the Champions League campaign of 2001/02. The Swede scored goals against Juventus and Porto, but Celtic sadly missed out on the knock-out phases.

The club were parachuted into the UEFA Cup and despite Larsson scoring against Valencia, Celtic crashed out on penalties. 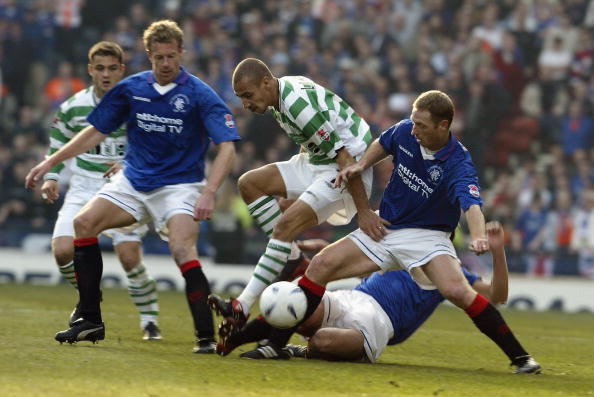 7) The road to Seville

Celtic fans drank the city dry when they faced Jose Mourinho's Porto in Seville and  Larsson was unplayable at times during that campaign.

The King of Kings netted against 11 times during the UEFA Cup campaign with goals against Blackburn, Liverpool, Boavista and a brace against Porto in the final.

In his seven years at Celtic, Larsson won four SPL titles, two Scottish League Cups and two Scottish Cups. He was the top goalscorer in the Scottish Premier League for five of the six seasons that he competed in.

In just 313 appearances for the club, he scored a staggering 242 goals.

Prior to Larsson moving to the Nou Camp, it had been six years since the La Liga title last rested in Catalonia. Despite an injury-plagued first season, the Swede scored 3 goals in 12 Liga games and one goal (against his former club Celtic) in four UEFA Champions League matches.

Despite scoring at Parkhead, Larsson refused to celebrate.

With 30 minutes to go and Barcelona trailing 1-0, Frank Rijkaard sprung the Swedish striker from the bench and he had a devastating impact. Larsson swung the game with his two assists for Samuel Eto'o and Juliano Belettio.

After the game, Thierry Henry had this to say about the Swedish striker, "people always talk about Ronaldinho, Eto'o, Giuly and everything, but I didn't see them today, I saw Henrik Larsson. He came on, he changed the game, that is what killed the game. Sometimes you talk about Ronaldinho and Eto'o and people like that; you need to talk about the proper footballer who made the difference, and that was Henrik Larsson tonight".

12) This quote from Ronaldinho

When a Ballon D'or winner says this about Larsson, you know that he was good.

"With Henrik leaving us at the end of the season this club is losing a great scorer, no question. But I am also losing a great friend. Henrik was my idol and now that I am playing next to him it is fantastic", the Brazilian commented.

If you fancy seeing Celtic lock horns with the mighty Barcelona at the Aviva Stadium then you can get tickets here.