We’re more than a little sceptical about this.

A report in French newspaper Midi Olympique has suggested that Joe Schmidt is being lined up to replace Stuart Lancaster as coach of the England rugby team.

England’s failure to get out of the pool stages at their home World Cup has prompted questions about Lancaster’s future, despite the fact that he is tied into a contract with the RFU until 2020.

END_OF_DOCUMENT_TOKEN_TO_BE_REPLACED

Lancaster was warned that his position and those of his coaching staff would be reviewed if England failed to live up to expectations at the World Cup.

Considering that they fell dramatically short in that regard, he is coming under increasing pressure in the England hot seat. 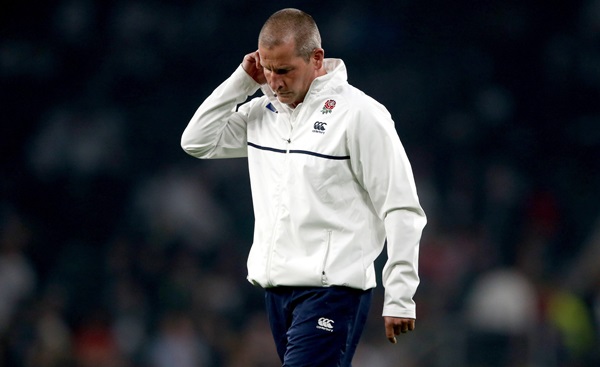 The Midi Olympique report (subscription required) suggests that the England job would be a step up for Schmidt, somehow overlooking the fact that Ireland are looking forward to a World Cup quarter-final this weekend and are back-to-back Six Nations Champions.

Former South African boss Jake White and Japan coach Eddie Jones are also thought to be in the frame, but Schmidt is believed to be the man at the top of the RFU’s wish-list.

Far be it from us to accuse the French media of stirring the pot, but it seems strangely coincidental that a report about the future of the Irish coach would appear in a French publication in the same week as the fairly nasty fall-out from the incident involving Sean O’Brien and Pascal Papé last Sunday.

We’re sure it’s just a coincidence.

popular
International travel won't resume until August "at the earliest", says Leo Varadkar
Ryanair set to take first delivery of "Gamechanger" aircraft this month
RTÉ to seek additional voluntary redundancies after 87% of staff reject salary cuts
The JOE Movie Quiz: Week 102
Here are the restrictions being eased today as Ireland continues reopening
The 50 most iconic songs of all time* have been revealed
Ice-cream shop owner issues 99 warning amid "worldwide shortage" of flakes
You may also like
3 months ago
Defence grows for Billy Burns after one of the roughest days of his rugby career
3 months ago
Major upside to Ireland's Six Nations challenge that should make all the difference
3 months ago
John Cooney comes to defence of JJ Hanrahan after kicking criticism
4 months ago
Cardiff conversation that proved Paul O'Connell always put the team first
4 months ago
Ian Keatley on Ronan O'Gara's deadpan advice and his most treasured Munster jersey
5 months ago
Springboks legend must have the greatest jersey swap collection in rugby
Next Page