It’s not every day you get to meet a man who has your name tattooed on his arse.

Like most of us, Ireland international Robbie Brady probably never thought he would either, until he encountered Ireland fan Dermot O’Kelly after Ireland’s defeat to Iceland last week.

After the game, Dermot was introduced to Brady, who had just captained Ireland for the first time, and seized the opportunity to show him a tattoo he had inked on his rear end last summer. 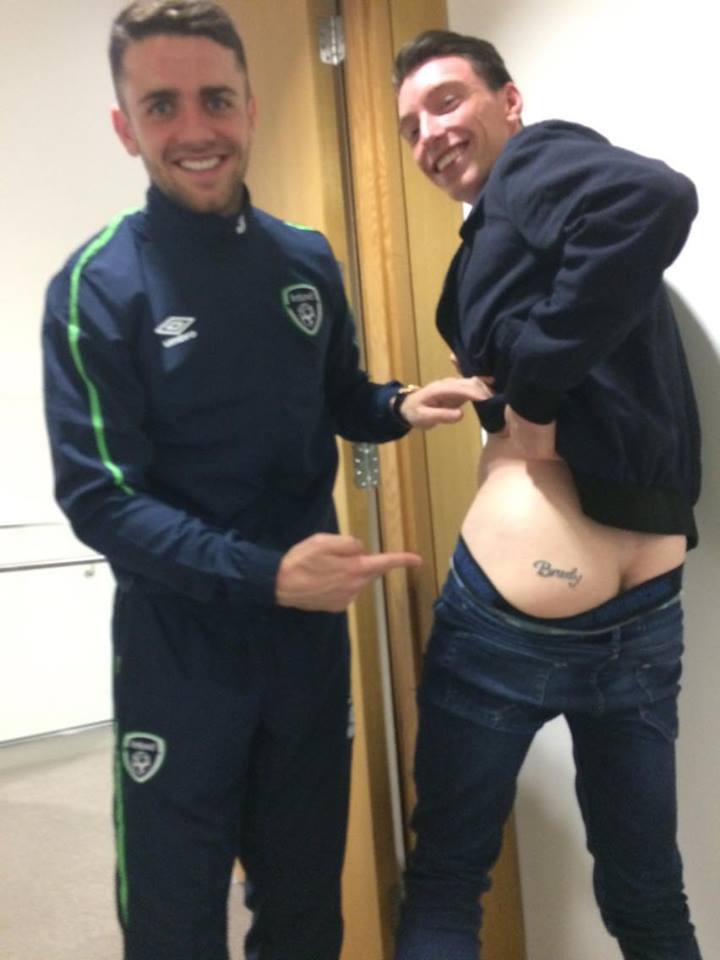 END_OF_DOCUMENT_TOKEN_TO_BE_REPLACED

The tattoo, you won’t be surprised to learn, was inspired by Brady’s late winning goal against Italy at Euro 2016, one of the sporting highlights of last summer.

Dermot tells us he didn’t actually get the tattoo until he was on holiday on the Greek island of Ios a few weeks after Brady’s goal and he probably never dreamed that he’d actually get to show it to his hero in person.

That picture is surely one for Dermot's mantelpiece, although he might want to hide it if the in-laws are ever round for a visit.