Ronan O'Gara on the heir to Johnny Sexton's number 10 jersey

At the end of the pod, the guys answered questions from listeners on Twitter and one of them focused on the Irish number 10 jersey.

The listener asked who is next in-line, behind Sexton, to take the out-half position. 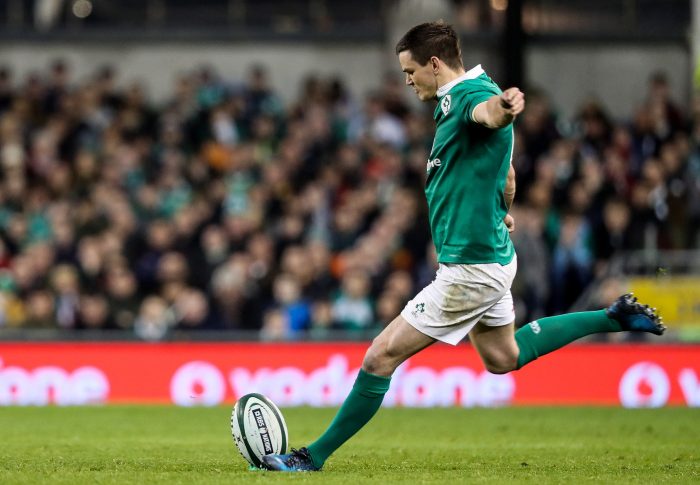 ROG thinks Leinster's Joey Carbery is head of the queue.

"He played in the summer at 10 against the USA and people were quick to fault his kicking at goal but his all-round game is exceptional.

"As a player he has an aura, I think when he has the ball in his hand he's capable of doing things other players can't do, he can light up a team."

"His work-ons are managing the game but he has all the things that are really hard to do like being able to beat the line with his eyes closed.

"JJ Hanrahan is out injured at the moment, Jack Carty in Connacht has had flashes but needs to maintain that consistently to get his foot in the Irish door. If Ian Madigan plays well in Bristol, he could be back in contention. Ian Keatley played against Italy in the Six Nations, he seems to be the forgotten man but with his experience he can rebound."

"At the moment, I think Carbery, I wouldn't pigeon hole him as a 15 either, I think he can easily play 10 at the top level."

For more, subscribe to The Hard Yards on iTunes here: http://apple.co/2lrvTlq

The Big Reviewski || JOE · Cartoon Saloon's Tomm Moore & Ross Stewart on their incredible new film Wolfwalkers
popular
What the hell is 'Stomp and Holler', and why does Spotify insist that you love it?
Elliot Page – Inception and Juno star announces he is transgender
WWE Hall of Famer Pat Patterson has died, aged 79
Sale of luxury castle in Kerry, described as "one of Ireland’s best kept secrets”, completed for €4.5 million
28 individuals identified as being participants in Pandemic Unemployment Payment fraud
Over 300 Ford cars recalled in Ireland over battery issue that could lead to vehicle fire
AIB to cut 1,500 jobs and close several Irish branches as part of cost-cutting measures
You may also like
1 week ago
Lions star on Daniel Craig's post-match gift, worthy of 007 himself
8 months ago
FAI and Irish Rugby suspend all related activities with immediate effect
9 months ago
Ireland vs Italy Six Nations games will not go ahead due to coronavirus concerns
11 months ago
Rory Best encourages public to get nominating for Grandparent of the Year
1 year ago
SportsJOE presents The Great Debate
1 year ago
WATCH: Players from Cavan RFC give our Ice Bath Quiz a go
Next Page