Player ratings. The players often say they don't read them but two former Ireland internationals confess they most definitely did.

Invariably subjective, often posted minutes after a match, ratings provide genuine talking points. They laud the instant heroes and highlight the players that did not hit the heights.

Ronan O'Gara and Kevin McLaughlin told The Hard Yards how ratings were a massive part of their careers and how they perceived their own performances [from 38:40 below]. "It was the first thing I'd go to after a game," McLauglin remarked, "and anyone who says otherwise is lying!"

END_OF_DOCUMENT_TOKEN_TO_BE_REPLACED

O'Gara, in particular, went to some wild extremes off the back of good, or bad, ratings.

"The first thing I'd do was you might go home a treat yourself on as Saturday night - have a burger and go to bed," said O'Gara.

"If the journalist gave you an eight, you'd kinda come running back to the house, onto the floor and skid on the double knees."

"Lads, ye laugh all ye want," O'Gara scolded as he recalled a time both himself and his Ireland team- and room-mate Guy Easterby got 5/20.

Receiving a poor rating often led to an entirely different reaction from O'Gara. 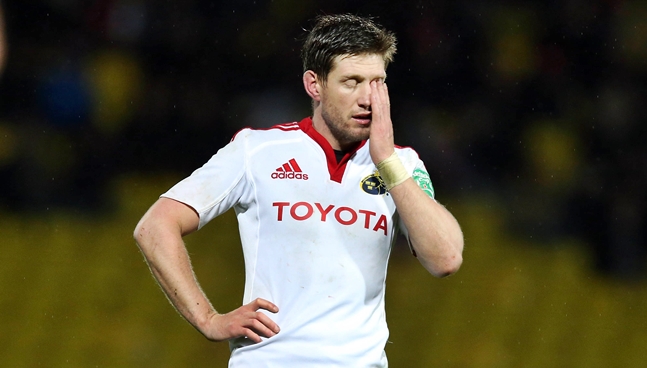 END_OF_DOCUMENT_TOKEN_TO_BE_REPLACED

"I actually rang up one or two journalists and said 'I disagree with that'," said O'Gara.

It was a practice he gave up as he settled into his own skin as a professional rugby player.

"I learned a long time ago, if you give a fella a bollicking what do you achieve? You feel great about yourself for 10 minutes but what message have you given? It doesn't work like that."

popular
More counties issued with weather warnings as Storm Barra hits Ireland
Woman in her 90s dies following road crash in Clare
Schools affected by Storm Barra expected to reopen tomorrow, says Minister
Thousands of homes without power due to Storm Barra
An underseen Keanu Reeves adventure is among the movies on TV tonight
QUIZ: Can you get full marks in this General Knowledge Quiz?
ESB apologise for a number of power outages, including major outage in North Dublin
You may also like
3 days ago
Irish people among the heaviest drinkers in the world, new survey finds
5 days ago
Here's the line-up for this week's episode of The Late Late Show
6 days ago
Game of Thrones Studio Tour will open in Ireland in February 2022
2 weeks ago
Ireland is the 11th most affordable country to buy a home in, says new study
3 weeks ago
Young fan Ronaldo gave his jersey to has another dream come true
3 weeks ago
FAI confirms young fan Ronaldo gave his jersey to "will not face any fine"
Next Page