Wonder if he inhaled?

Roy Hodgson says he's not bothered by the fact that Jack Wilshere was recently pictured holding a shisha pipe, and said that he had tried it once.

The England boss says that the shisha left him with nothing more than faint and fruity taste in his mouth, and he was more of a cigar man anyway.

END_OF_DOCUMENT_TOKEN_TO_BE_REPLACED

“I thought tobacco was smoking and shisha pipes were water with flavour," said Hodgson, who was unclear as to whether nicotine was involved.

“Well, you are blowing in and you’re blowing out. As an ex-cigar smoker, when I tried it [shisha] I thought it was a complete nonsense, I couldn’t understand who would do it. Apart from a faint fruity taste in your mouth that was about the end of it. 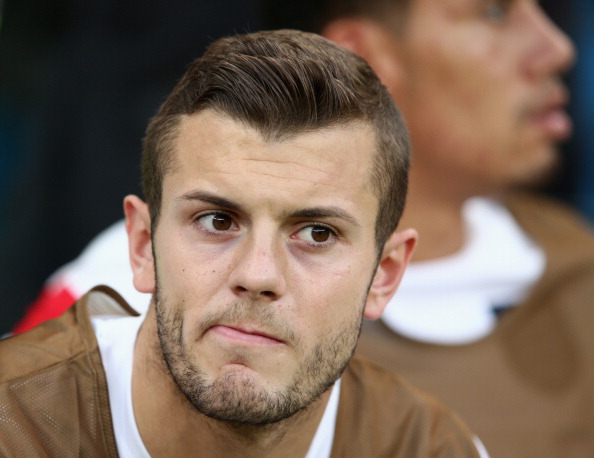 “As far as I am concerned that is a club matter and Arsène [Wenger] dealt with it very, very well. If you are asking me, in an ideal world, is that an ideal thing to happen? Of course it isn’t but we don’t live in an ideal world. I am happy it has been dealt with and it won’t occupy a lot of my time with Jack when I see him because we have a football match to win.”

END_OF_DOCUMENT_TOKEN_TO_BE_REPLACED

Wilshere has twice been photographed smoking cigarettes previously, and has recently been recovering from yet another lengthy injury lay-off. He is expected to return to the Arsenal squad for this weekend's FA Cup fifth round clash with Middlesbrough.

popular
Amazon Prime Video has just added 38 very big movies to its library
Mia Khalifa claims seaside town is better than Miami
Ashton Kutcher opens up about rare disease that left him unable to see or walk
We just got the first trailer for a movie not out until 2024
The 50 most iconic songs of all time* have been revealed
The Pogues’ Shane MacGowan rushed to hospital
The start of the superhero takeover of Hollywood is among the movies on TV tonight
You may also like
4 days ago
The JOE Friday Pub Quiz: Week 323
1 week ago
World Cup 2022 Day Six: All the major action and talking points
1 week ago
Japan fans explain why they clean up after World Cup matches
1 week ago
The JOE Friday Pub Quiz: Week 322
1 week ago
Japan supporters clean up rubbish following famous win over Germany
1 week ago
Ronan O'Gara confirms he is on three-man shortlist for England job
Next Page