The pair announced the news with a hilarious video on Monday afternoon.

Hollywood stars Ryan Reynolds and Rob McElhenney have had their takeover of Wrexham AFC approved, after their offer was accepted by over 90% of the Wrexham Supporters’ Trust.

The acting stars are said to have impressed fans with their vision to make the National League team "a global force" during a meeting last week. 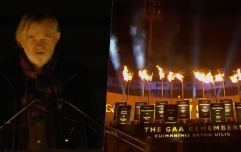 END_OF_DOCUMENT_TOKEN_TO_BE_REPLACED

Reynolds may be best known for playing Deadpool, while McElhenney is known for starring in and creating the hilarious TV show It's Always Sunny in Philadelphia.

The pair announced the news with a video that was uploaded on the official Wrexham AFC Twitter account.

They said: "To the Wrexham Supporters' Trust - thank you, for your faith and trust in us. We are humbled, and we are already getting to work."

A message from our owners-elect...

The Wrexham Supporters' Trust wrote: "As Wrexham supporters, we would like to wish them the very best of luck in charge of our Football Club and look forward to what the future brings."

We can't wait to see an Always Sunny episode about conference football in Wales.