The team are managed by ex-Everton and LA Galaxy midfielder Landon Donovan.

On Wednesday night, American soccer side San Diego Loyal walked off the pitch during their match against Phoenix Rising after a player suffered alleged homophobic abuse by an opponent.

San Diego Loyal play in the USL Championship in the second tier of American soccer, one rung below the MLS. They were 3-1 up against Phoenix Rising when midfielder Collin Martin is said to have suffered homophobic abuse.

In the first half a member of Phoenix Rising used a homophobic slur directed at Collin Martin. In response we have decided to walk off the pitch in protest. 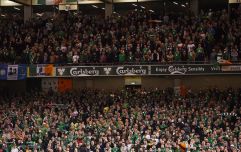 END_OF_DOCUMENT_TOKEN_TO_BE_REPLACED

In protest, the team walked off the pitch at the beginning of the second half. They first took the knee, then proceeded to walk off down the tunnel. The match did not continue.

"At the end of the first half, Collin came over after he had somehow been red carded. He told the fourth official he had been abused with a homophobic slur by one of their players."

Collin Martin came out as gay in 2018 while playing for MLS side Minnesota United. This made him the only 'out' male player in any top-tier professional football league.

Last week we made it loud and clear that we do not stand for racism or homophobia. Nothing has changed this week. 🏳️‍🌈✊🏿 #AllBlackLivesMatter

After the match, San Diego Loyal released a statement through the USL Championship. In it, they said:

"We are aware of the alleged use of a homophobic slur in tonight's match between San Diego Loyal SC and Phoenix Rising FC. Foul and abusive language of any type has absolutely no place in our society and will not be tolerated in USL matches. An investigation is currently underway to determine the facts surrounding the incident and more information will be provided as soon as it is available."

Phoenix Rising also said they were investigating the complaints against their own player.

"Phoenix Rising is investigating the claim of a homophobic slur being used by one its players who has vehemently denied these allegations. Phoenix Rising stands with the USL in rejecting and punishing any homophobic behavior."

"We've been through a lot recently.

"We owe it to ourselves, our community, our players, to the club, to USL - that we would not stand for bigotry, homophobic slurs - things that don't belong in our game."

popular
Netflix has just added 23 very big movies to its library
The JOE Friday Pub Quiz: Week 308
Controversial influencer Andrew Tate banned from Instagram and Facebook
The 50 most iconic songs of all time* have been revealed
Fine Gael announces special screenings of Michael Collins movie in 19 cinemas across Ireland
Pilots fly over destination airport at 37,000 feet because they were both sleeping
Passenger plane dropped 1,200 feet in a minute without pilots noticing
You may also like
2 months ago
Dublin Pride terminate partnership with RTÉ following Liveline programmes on gender identity
2 months ago
Transphobia isn't funny; it's dangerous, and no "comedy special" can change that
1 year ago
20 of the best LGBTQ+ movies you can watch at home right now
1 year ago
Baker who refused to serve gay couple now being sued for refusing to bake gender transition cake
1 year ago
Fermoy terminates twinning arrangement with "LGBT-free" town in Poland
2 years ago
Graham Linehan permanently suspended from Twitter
Next Page