"I always treasured those All Blacks jerseys, because they never used to just give them out willy-nilly."

Springboks legend and former World Player of the Year, Schalk Burger joined hosts Ian Madigan and Eimear Considine on House of Rugby Ireland and delivered the goods in unabashed style.

END_OF_DOCUMENT_TOKEN_TO_BE_REPLACED

Burger was renowned for never taking a backward step on the pitch, and it was likewise during his interview as he owned every mishap or sanction he picked up - with all those trophies and personal accolades - along the way. During his wide-ranging chat, Burger revealed what is surely the greatest Test match jersey swap collection in world rugby, including two from stone-wall New Zealand legends.

"The All Blacks would only give them out when there was mutual respect, and you would do the same as the Springboks. It is the greatest rivalry for us, as Springboks, and that goes back many years."

LISTEN to the full Schalk Burger story (from 11:00 below) and hear what has happened to those precious swapped jerseys now: 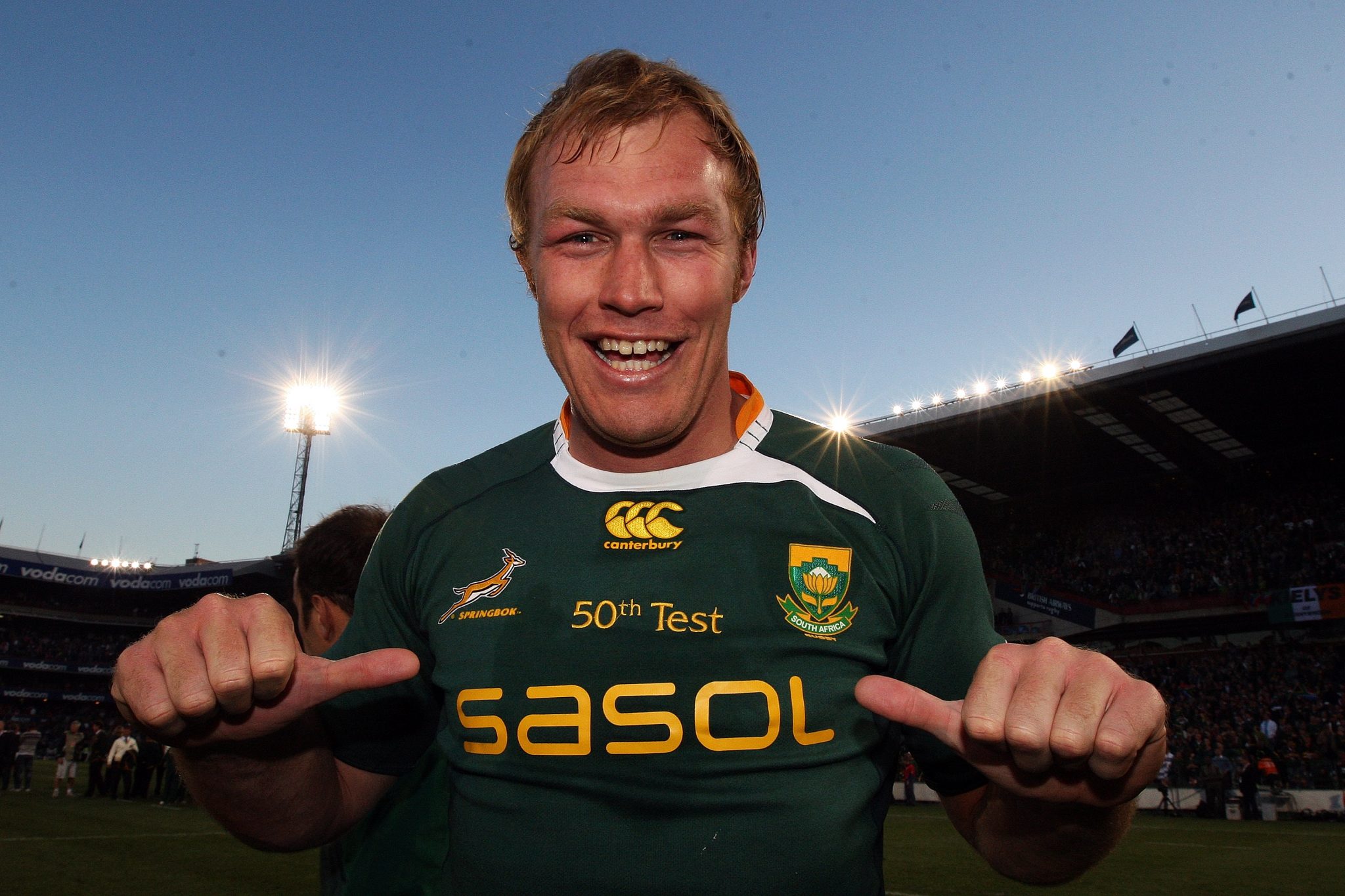 END_OF_DOCUMENT_TOKEN_TO_BE_REPLACED

Over the course of his 86-Test career, Burger would have faced off with world-class flankers such as Jerry Collins, Martin Corry, Jerome Kaino, Stephen Ferris, Thierry Dusatoir. Occasionally playing at openside, he had many battles with Richie McCaw too. That's some selection of jerseys to have hanging in one's wardrobe at home.

There's lots more good stuff in the episode as Ian and Eimear look back on Ireland's six-game return to Test rugby and Schalk opens up on his 16-year career at the very top.

popular
Harvard study reveals how many times men should ejaculate each month to stay healthy
Parents left in shock after gorillas start mating in front of kids at zoo
Colin Farrell shouldn't win the Oscar this year
Conor Mcgregor hit by car ‘at full speed’ while cycling
Close call as Paul McCartney tries to pose on Abbey Road crossing
The JOE Friday Pub Quiz: Week 331
Netflix has just added one of the best sci-fi movies of recent years
You may also like
4 months ago
Iconic rugby commentator Eddie Butler dies aged 65
10 months ago
Scottish Parliament official dies during rugby game in Dublin
11 months ago
Every Guinness fan needs to try these brand new experimental beers
11 months ago
"Samaritans saved my life" - Brent Pope praised for honest interview on Tommy Tiernan Show
1 year ago
QUIZ: How well do you know these famous Ireland players?
1 year ago
"You want to prove them wrong, even if they're not telling the right story" - Conor Murray
Next Page