“I was delighted, didn't mean I was involved in the process.”

Minister for Transport, Tourism and Sport Shane Ross said he had “absolutely nothing to do” with a controversial grant to Wesley College in Dublin that has been the source of much criticism of late.

Earlier this month, Ross tweeted about a €150,000 grant to Wesley College, a private, fee-paying institution located in Ross’ constituency of Dublin Rathdown, to resurface the school’s hockey pitch.

Delighted to confirm that @wesleycollege has been granted €150,000 as part of Sports Capital Programme. The funding will ensure the resurfacing of the hockey pitch and will benefit the school as well as @YMCAHC pic.twitter.com/HlPSK0mUoA

END_OF_DOCUMENT_TOKEN_TO_BE_REPLACED

The tweet met with fierce criticism, especially considering the range of facilities already in place at the college and after it emerged that 30 public schools were turned down in the grants process for the Sports Capital programme.

On Today with Sean O’Rourke on Thursday morning, Ross defended himself from the criticism, saying he had nothing to do with the awarding of the grant to Wesley College, apart from signing off on it.

“I was delighted (for Wesley College), didn't mean I was involved in the process,” Ross said.

The Minister said that the system in place was that scoring for applications was done by officials. He said that when it came to him, he would sign off without interference, observations or comment and revealed that Wesley was originally denied in its application.

“I had absolutely nothing to do with it whatsoever, bar signing off,” Ross said. 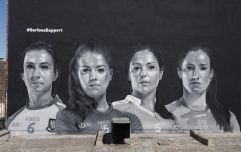 END_OF_DOCUMENT_TOKEN_TO_BE_REPLACED

Asked by O’Rourke if it was irresponsible to tweet of his delight at the news, Ross said: “Yeah, I think it probably was, but I've sent some pretty irresponsible tweets around from time to time.”

During the programme, O’Rourke also spoke to Mick Duff, Chairman of the Board of Tallaght Community School and also a Labour Councillor, and Mary Daly, Principal at St Dominic’s College in Ballyfermot in Dublin.

Mary Daly told O'Rourke about their sports hall having 14 leaks in the roof and that the joints under the floor were rotten. She told him that it was going to be difficult to encourage young girls to participate in sport when their shower facilities are unavailable and that their changing facilities are inadequate.

Mick Duff, meanwhile, spoke of having applied many times for funding for a small all-weather pitch and having to pay fees each time including planning permission and architect costs.

You can listen back to the show here.