You're going to need some cream for that burn, Tiernan.

It's been a pretty good season for both Tiernan O'Halloran and Simon Zebo.

Although O'Halloran has found appearances for Ireland limited, his reputation has only grown this season.

END_OF_DOCUMENT_TOKEN_TO_BE_REPLACED

He has put in a huge number of outstanding performances for Connacht and is probably the western province's best player this season.

His most recent of which came in the disappointing loss to Leinster at the Sportsground on Saturday where he posted some serious numbers.

END_OF_DOCUMENT_TOKEN_TO_BE_REPLACED

Zebo, on the other hand, has enjoyed one of his most consistent seasons.

He has become such a reliable player for both Ireland and Munster it is impossible to leave him out any team.

He still has that pace and x-factor but he now established a grasp of the essentials which has developed him into a great player.

Both players look set to fight it out for the Irish full-back jersey in years to come but it's good to see that they are mates off the pitch too. 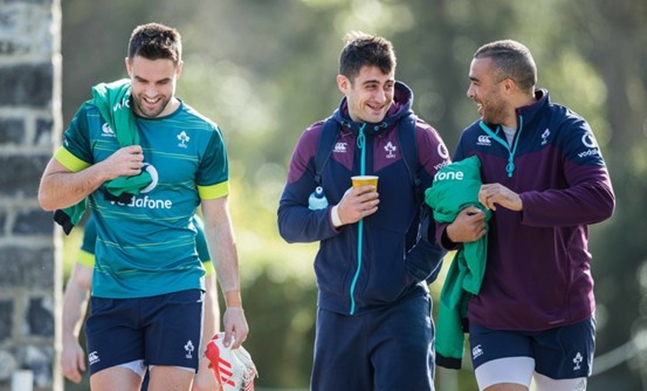 The two are quite active on Twitter and O'Halloran decided to have a little dig at Zebo when he announced that he would be at the opening of a new Easons in Limerick.

I will be officially opening @easons new store in crescent shopping centre tomorrow at 2:30,pop by say hi 👍🏾#EasonLimerickCrescent pic.twitter.com/Ovj6YmnUch

O'Halloran then took a pop at Zebo's literary skills.

You haven't read a book in your life 😂😂

Before the mother of all comebacks.

A mother joke? Yes, it's definitely something you would head in secondary school but it's hilarious nonetheless.

popular
Patient arrested after switching off roommate's ventilator because it annoyed her
Winter warning issued as "severe" week of cold weather in store for Ireland
Peter Kay moved to tears on stage while opening his first stand-up tour in 12 years
Dancing with the Stars has added a very surprising contestant
Simon Cowell concerns fans with appearance as they 'don't recognise him'
20 years ago, one of the best sci-fi movies of the 21st century was a box-office bomb
Ireland sees '100% success rating' with four-day work week trial
You may also like
2 months ago
Iconic rugby commentator Eddie Butler dies aged 65
8 months ago
Scottish Parliament official dies during rugby game in Dublin
9 months ago
Every Guinness fan needs to try these brand new experimental beers
9 months ago
"Samaritans saved my life" - Brent Pope praised for honest interview on Tommy Tiernan Show
1 year ago
"You want to prove them wrong, even if they're not telling the right story" - Conor Murray
1 year ago
Four Irish players propelled into Lions debate after England hiding
Next Page