UEFA President Michel Platini has said he'd like to introduce a new 'white card' given to players for dissent to match officials.

The white card would mean you spend 10 or 15 minutes in a sin-bin. Seems fair enough, but why stop there? There are other annoying things happening on the football pitch which could merit the same punishment.

END_OF_DOCUMENT_TOKEN_TO_BE_REPLACED

We abhor badge kissing. Apart from the likes of Ryan Giggs and Steven Gerrard, footballers are mercenaries by nature. This badge kissing celebration is nothing more than grandiose show-boating masquerading as loyalty and passion. It's got to stop and we think the white card could be a suitable deterrent. 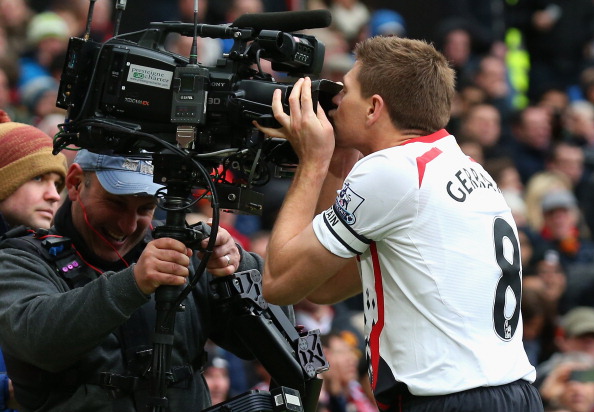 Another goal celebration action that gets our goat. Run to your fans, your team-mates, jump around like a lunatic, but please for the love of God, leave the camera alone. We do not want to see a close-up of your chapped pursed lips in HD. We are looking at you Stevie Gerrard! Someone please think of the children.

END_OF_DOCUMENT_TOKEN_TO_BE_REPLACED

This is an ugly development which has crept into the game recently. Okay, we understand the whole jersey swap thing, but at least have the cop on to wait untill the game is over. It smacks of desperation and gives off the wrong vibes about your commitment to the cause. For the duration of a match, even the break, you need to be at war with your opponent and this new trend of being all pally with them is nauseating.

Excessive Non-Celebration of a Goal Against Former Club 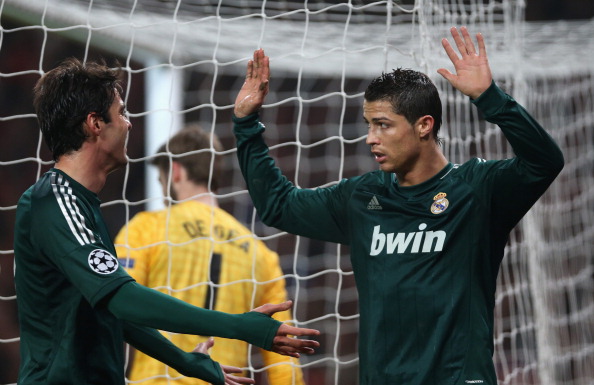 END_OF_DOCUMENT_TOKEN_TO_BE_REPLACED

A player scores a vital goal for the team and the crowd goes wild. The players go wild too and run to the scorer, but he has an expression on his face like he's just run over his dog in a nasty combine harvester accident. He is refusing to celebrate because he's just scored against his former club. They are not paying your wages now. These fans are supporting you as are your team-mates. At least have the temerity to raise a smile you serious, self-absorbed wombat.

You know this scenario all too well. Some team is awarded a free-kick in a dangerous position and well within striking range. The players get together for a little conference, then there is some posturing, some whispering, some dummying and then lo and behold the resulting free-kick is taken two minutes after the ref has blown his whistle and the ball ends up knocking out a woman in the car-park behind the stadium. The free-kick build-up has to be directly proportional to the quality of the free-kick. If not, it's a white card and sin-bin for you fellah.

Players Who Partake in Snot Rockets 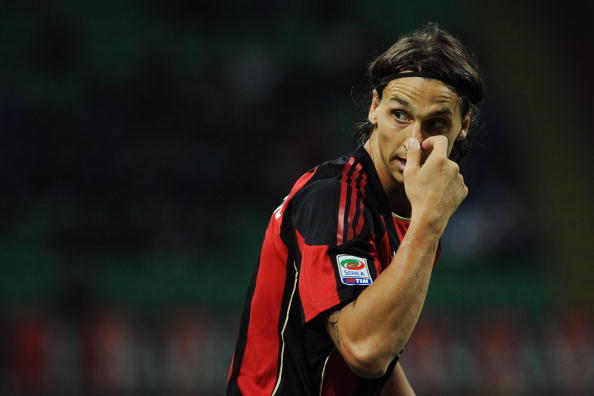 The white card has to go to the players who hold one nostril and then fire a snot like an exocet missile from the other. There are millions watching the game on TV and some of them are at home perhaps eating meals. There is nothing more disgusting than seeing a player fire a bogey out of the nasal cavity with nonchalant ease.

popular
Amazon Prime Video has just added 37 big movies to its library
10 years ago today, the scariest movie ever made (according to science) was released
County where winning Lotto jackpot ticket worth nearly €9 million was sold confirmed
Welder awarded €15,000 for unfair dismissal despite admitting to drinking alcohol before work
Here's the line-up for this week's episode of The Late Late Show
Netflix has just quietly added 30 big movies to its library
It took five long weeks, but The Rings Of Power is finally fantastic
You may also like
2 months ago
The JOE Friday Pub Quiz: Week 306
2 months ago
Rebekah Vardy breaks down in tears in first TV interview since Wagatha Christie defeat
3 months ago
Gary Lineker says he suffered racist abuse during football days due to "darkish skin"
4 months ago
Merseyside police defend ‘exemplary’ Liverpool fans tear gassed by French police
4 months ago
BBC trainee accidentally posts message mocking Man United live on TV
4 months ago
Kurt Zouma charged with three animal welfare offences
Next Page